Insights into Editorial: key to successfully managing groundwater in India 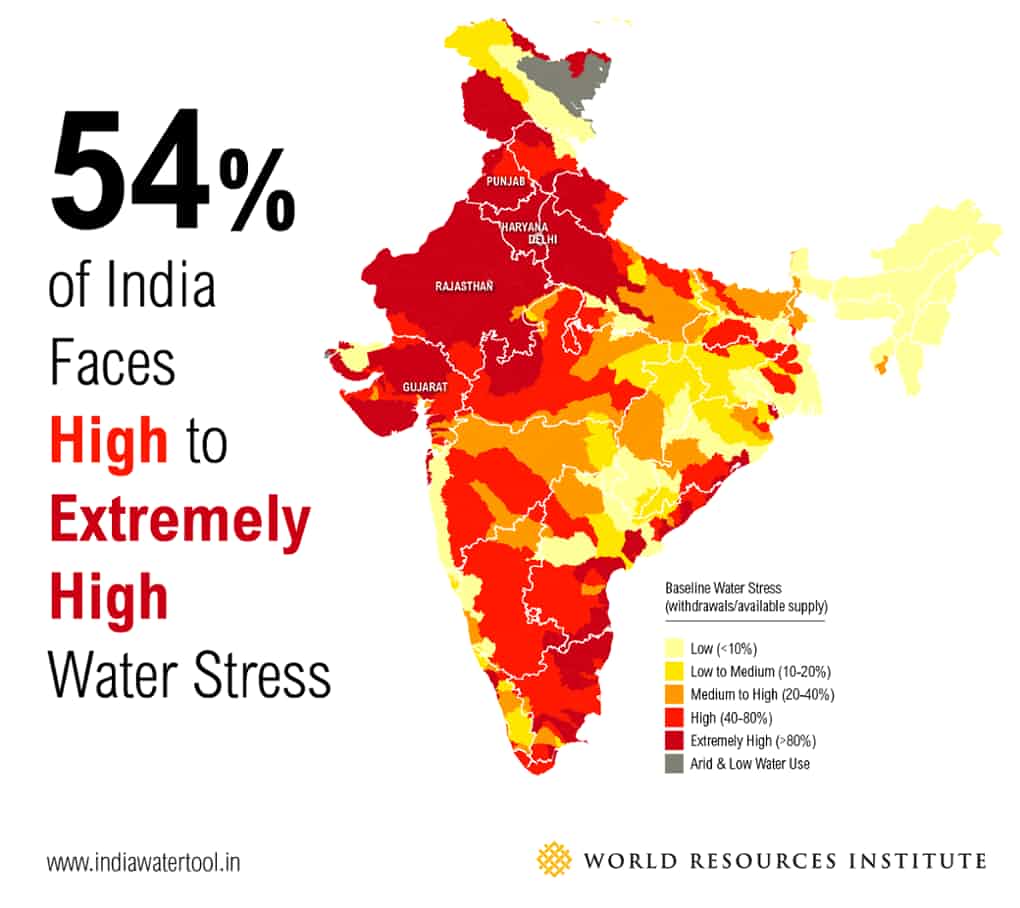 The scheme is to be implemented over a period of five years from 2018-19 to 2022-23, with World Bank assistance. The scheme proposal has already been recommended by the Expenditure Finance Committee and the Ministry will be seeking Cabinet approval for the project shortly.

Importance of Ground water in India:

Groundwater in India provides for about 60 percent of the country’s irrigation needs, 85 percent of rural drinking water requirements and 50 percent of urban water needs.

As per 2016 data, around 5 percent of groundwater assessment units in the country are in a critical state and 12 percent in a semi-critical state due to over-exploitation and contamination.

India’s chaos in the water sector is primarily due to the prevalence of status quo with its outdated and dogmatic water institutions and organisations leading to outdated ideas and methods.

The institutions and organisations from where the ideas originate remain the same since independence. Whether it is management of floods or droughts, the engineers in these organisations cannot think beyond the perspective of engineering solutions.

Situation of groundwater in India:

Today, India is the largest user of the groundwater in the world with almost 90% being used for drinking water and almost 60-70% for irrigation. Current statistics also show that nearly 50% of urban water supply comes from groundwater.

India is on the threshold of a very serious groundwater crisis, which needs mitigation both in the fields and at the policy corridors of the country.

The groundwater crisis is embedded at two different levels:

There is a need to modernise the regulatory framework for accessing groundwater soon after massive expansion in mechanical pumping led to the realisation that recharge could not keep pace with use.

Atal Bhujal Yojana has been formulated by the Ministry to address the criticality of ground water resources in a major part of the country.

The scheme aims to improve ground water management in priority areas in the country through community participation.

The priority areas identified under the scheme fall in the states of Gujarat, Haryana, Karnataka, Madhya Pradesh, Maharashtra, Rajasthan and Uttar Pradesh. These States represent about 25% of the total number of over-exploited, critical and semi-critical blocks in terms of ground water in India.

They also cover two major types of groundwater systems found in India – alluvial and hard rock aquifers- and have varying degrees of institutional readiness and experience in groundwater management.

Therefore, Funds under the scheme will be provided to the states for strengthening the institutions responsible for ground water governance, as well as for encouraging community involvement for improving ground water management to foster behavioural changes that promote conservation and efficient use of water.

The scheme will also facilitate convergence of ongoing Government schemes in the states by incentivizing their focussed implementation in identified priority areas.

Implementation of the scheme is expected to benefit nearly 8350 Gram Panchayats in 78 districts in these states. Funds under the scheme will be made available to the participating states as Grants.

Ensuring active community participation in groundwater management is among the major objectives of the scheme. The scheme envisages active participation of the communities in various activities such as formation of Water User Associations, monitoring and disseminating ground water data, water budgeting, preparation and implementation of Gram-Panchayat wise water security plans and IEC activities related to sustainable ground water management.

Community participation is also expected to facilitate bottom-up groundwater planning process to improve the effectiveness of public financing and align implementation of various government programs on groundwater in the participating states.

The implementation of the Atal Bhujal Yojana is expected to have several positive outcomes:

The implementation of a programme called the Aquifer Management Programme by the Government of India is a good initiative to help understand groundwater through aquifers.

Overall, the increasing crisis of groundwater and the failure of the existing legal regime make it imperative to entrust people directly dependent on the source of water the mandate to use it wisely and to protect it for their own benefit, as well as for future generations.

Water being a State subject, steps for augmentation, conservation and efficient management of water resources to ensure sustainability and availability are primarily undertaken by the respective State Governments.

The impact of a worsening water crisis on the nation’s economy, society and the environment is acute. Unsuspecting citizens face worsening health crises due to consumption of contaminated water, thereby destroying their hard earned savings.

It is time we reinvent organisations and generate new ideas so as to save India from water crisis. Clean, accessible water for all is an essential part of the world we want to live in. There is sufficient fresh water on the planet to achieve this.

At the individual level one needs to be conscious about the his/her water use and need to understand where the water comes from. Awareness programs by government and school lessons for children should be taught at very young age so that every person becomes sensible when it comes to use of water.