Context: Prime Minister Narendra Modi recently chaired the fourth meeting of Governing Council of NITI Aayog. The meeting was yet another attempt to take India – a federation of states forward with equal participation of all the stakeholders.

The Government, in January 2015, replaced Planning Commission with NITI Aayog (National Institution for Transforming India). It established with the aim to achieve Sustainable Development Goals and to enhance cooperative federalism by fostering the involvement of State Governments of India in the economic policy-making process using a bottom-up approach.

The institution has to provide governments at the central and state levels with relevant strategic and technical advice across the spectrum of key elements of policy. This includes matters of national and international import on the economic front, dissemination of best practices from within the country as well as from other nations, the infusion of new policy ideas and specific issue-based support. The institution has to be able to respond to the changing and more integrated world that India is part of.

The full-time organizational framework will comprise of, in addition to the Prime Minister as the Chairperson: 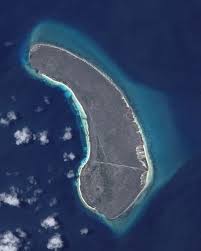 Context: After a growing political opposition, Seychelles President Danny Faure has cancelled the agreement with India for the development of Assumption Island.

Why should India be worried about this?

Discussions regarding development of Assumption Island began in 2003, but were formalised in 2015. The deal was to include a 20-year access to the base, as well as permission to station some military personnel on ground with facilities on the island funded by India, owned by the Seychelles and jointly managed by both sides.

Why A Base On Assumption Island Is Crucial For Securing The Indian Ocean Region?

The Indian Ocean is important for the following reasons:

SAGAR Programme (Security and Growth for All in the Region):

It is a maritime initiative which gives priority to Indian Ocean region for ensuring peace, stability and prosperity of India in Indian Ocean region. The goal is to seek a climate of trust and transparency; respect for international maritime rules and norms by all countries; sensitivity to each other`s interests; peaceful resolution of maritime issues; and increase in maritime cooperation.

The aim of the fund is to:

A primary reason for establishing SDF was that the existing South Asian Development Fund (SADF) was found to be inadequate i.e. in terms of required quantum of funds and its limited scope of work. The Thirteenth SAARC Summit decided to reconstitute the SADF into SDF to serve as the “umbrella financial mechanism” for all SAARC projects and programmes.

Context: 28th NSG plenary meeting was held recently in Jurmala, Latvia. With this, Latvia has become the first Baltic state to Chair the NSG. There was no headway in India’s application for NSG entry in the meeting.

Nuclear Suppliers Group (NSG) is a multinational body concerned with reducing nuclear proliferation by controlling the export and re-transfer of materials that may be applicable to nuclear weapon development and by improving safeguards and protection on existing materials. Interestingly, the NSG was set up in 1974 as a reaction to India’s nuclear tests to stop what it called the misuse of nuclear material meant for peaceful purposes. Currently, it has 48 members.

India and the NSG:

India sought membership of the NSG in 2008, but its application hasn’t been decided on, primarily because signing the NPT or other nuclear moratoriums on testing is a pre-requisite. However, India has received a special waiver to conduct nuclear trade with all nuclear exporters.

Why India should be granted NSG membership?

In this game of developing nuclear weapons India has not indulged in any dubious/clandestine activity and its programme has been developed solely by years of hard work indigenously. By this single act India has shown that developing a credible nuclear weapons programme through honest and civilian means is possible for any country having high-level scientific manpower and materials.

Besides, by declaring a voluntary moratorium on further underground nuclear tests India has effectively acted in sense and spirit of NPT/CTBT provisions. By steering its programme only as a minimum deterrence and pledging NFU unless faced with an attack of weapons of mass destruction (WMD), India has established itself as a responsible nuclear state.

Benefits associated with NSG membership- Once admitted, an NSG member state gets: 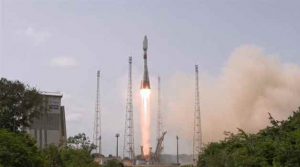 Context: Russia has successfully launched a Glonass-M positioning satellite using a Soyuz-2.1b carrier rocket from Plesetsk space center. With this launch, there are now 26 Glonass satellites in orbit.

The various versions of GLONASS are:

How is GLONASS different from GPS? 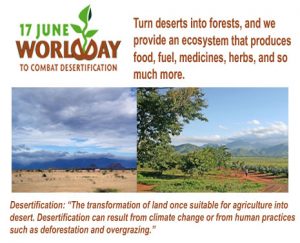 Context: The World Day to Combat Desertification and Drought is observed every year to promote public awareness of international efforts to combat desertification. The day is a unique moment to remind everyone that land degradation neutrality is achievable through problem-solving, strong community involvement and co-operation at all levels.

The United Nations Convention to Combat Desertification (UNCCD) recently created a new plan to support and enhance gender-responsive policy needs. The Gender Action Plan (GAP) that will increase and strengthen the participation and leadership of women at all levels of decision-making and local implementation of the UNCCD, including drought management as well as sand and dust storms and land degradation neutrality interventions, with the aim to reach gender parity by 2030.

Desertification and the Sustainable Development Goals:

The 2030 Agenda for Sustainable Development declares that “we are determined to protect the planet from degradation, including through sustainable consumption and production, sustainably managing its natural resources and taking urgent action on climate change, so that it can support the needs of the present and future generations”. Specifically, Goal 15 states our resolve to halt and reverse land degradation. 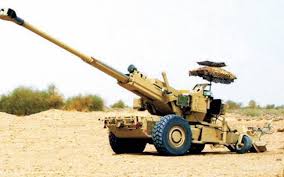 Context: The indigenously upgraded artillery gun Dhanush has successfully completed final user trials and is ready for induction into the Army.