Insights into Editorial: The government needs to handle public sector banks with care 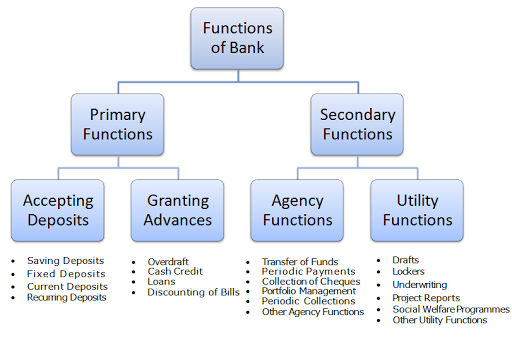 Recent speech of Former Reserve Bank of India (RBI) governor Y.V. Reddy, said that confidence in the working of public sector banks is at a historic low. The reason for this is not very difficult to discern. PSU banks are grappling with a high level of bad loans, and a number of them have been put under RBI’s prompt corrective action and are not in a position to lend.

In the March quarter, PSU banks booked losses in excess of Rs 62,000 crore and the total gross non-performing assets (NPAs) stood at about Rs 9 trillion.

The non-performing assets (NPAs) in the Indian banking system have become a big concern – posing a threat to the stability of the country’s financial system and the economy. India has been ranked fifth on the list of countries with the highest Non-Performing Assets (NPAs), by CARE Ratings.

Of the 21PSBs, 11are under the Prompt Corrective Action (PCA) plan of RBI. After the Nirav Modi scam, news reports suggest that an additional five banks are at risk of being included on the list.

The PCA plan imposes a range of restrictions on bank operations, including issuance of dividends, branch expansion, new hires, and management compensations and fresh lending. In short, PCA reduces the damage that these banks can do to the system, but it also limits the opportunities these banks have to revive with good lending.

Another challenge in finding replacements is the low salaries on offer at state banks, when compared with their private sector peers.

For Instance, Ananthasubramanian earned about Rs30 lakh at PNB in the year ended March 2017, about 5% of the Rs6 crore earned by Chanda Kochhar, the CEO of the country’s second-largest private lender ICICI Bank Ltd.

While this massive discrepancy was always the case, and also intensified scrutiny of state bankers has eroded the appeal of the jobs.

Current and former top executives at least four banks are being investigated by federal authorities for allegations of impropriety.

Moreover, the government has said state banks will have to show that they’re cleaning up their act if they want to win fresh capital injections. These reforms include selling non-core assets and setting up separate units to manage stressed assets, steps that would need top executives to sign off on them.

About 30 top level vacancies exist at state banks, including executive directors, the Press Trust of India reported. While the government used to directly appoint CEOs of state banks, triggering accusations of cronyism.

Although the government is in the process of recapitalising state-run banks, it is likely that the current Rs 2.11 trillion PSU bank recapitalization plan will not be sufficient to put the PSU banks back on track. Since PSU banks own about 70% of banking assets, their inability to lend will have a direct impact on economic growth. Therefore, it is important that the situation is handled with care. In this context, there are a few important issues that need attention at this stage.

Areas to look in to for corrective action:

First, as recently reported by Bloomberg, four out of 21 PSU banks have not appointed replacements for chief executive officers (CEOs) and top executives in nine more banks are expected to leave in the coming months. Given this state of affairs, it is possible that new CEOs may not be appointed in time. It is certainly not a desirable situation, especially at a time when banks are stressed and need swift decision making. It is important to have a plan in place for a smooth transition at the top.

However, it is also likely that the government will find it difficult to attract talent due to the fear of investigative agencies among bankers. A number of present and former senior executives are under investigation for past transactions. The government must ensure that investigations don’t become a witch-hunt, and that the issue is handled with utmost care.

Second, the government is now mulling the formation of an asset reconstruction company(ARC) for faster resolution of bad loans and has constituted a committee to make recommendations in this regard. The basic problem will be one of valuation of stressed assets. For instance, if they are transferred at par and the resolution is left to a government-owned ARC, it could end up creating more complications in the system.

Also, the ARC will need a significant amount of capital, which the government is not in a position to provide. In fact, now that India has the Insolvency and Bankruptcy Code in place, there is no need for the government to form an ARC.

Banks should be able to resolve bad assets under this framework. If the government can actually find resources to reduce stress in the banking system, it would do well to reassess the capital requirement of PSU banks and revisit the capital infusion plan.

Third, apart from capital needs and faster resolution of stress assets, PSU banks need governance reforms—something that has been largely missing so far from the picture. It is correct that the present government has refrained from micromanaging PSU banks, but this in itself will not solve the problem.

At a broader level, as YV Reddy noted in his remarks, there should be clarity on the future of PSU banks. In fact, some of the banking reforms will only work if a clear road map is defined. For instance, if the government believes that a few banks should focus on underbanked areas, some fiscal support may be warranted.

The government, perhaps, needs to put in place a new framework for governance where, for instance, appointments at higher levels are made in time, and the board is professional and accountable. A situation where banks run without a CEO should never arise.

PSU banks should be in a position to attract talent by offering competitive compensation at every level to be able to improve their operation and risk management systems. Only when banks are run by professionals will they be in a position to fund India’s growth in the long run and create value for all stakeholders, including the taxpayer.

Perhaps banks should be allowed to focus on specific areas of strength so that they become more efficient over time and are not dependent on budgetary support for growth.

Though the government has entered its last year in office, it still has time to initiate broad reforms and give a fresh direction to PSBs. It will be difficult to sustain higher growth in the medium term without a strong banking system.