INSIGHTS > New Articles > EDITORIALS > Insights into Editorial: To be an environmental world power 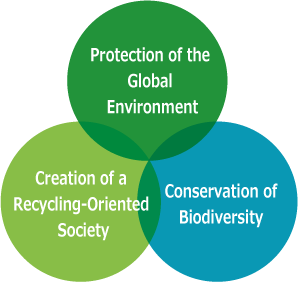 The UN Environment Programme (UNEP) has chosen India to be the ‘host country’ to mark World Environment Day. But the question is when will New Delhi rise to connect the dots between representative democracy and ecological sanity.

The theme of the 2018 World Environment Day is “BEAT PLASTIC POLLUTION,” which aimed to raise awareness on the environmental and health challenges posed by haphazard disposal of non-biodegradable waste.

Ecological ruin is on a gallop across South Asia, with life and livelihood of nearly a quarter of the world’s population affected. Yet, our polities are able to neither fathom nor address the degradation. The distress is paramount in the northern half of the subcontinent, roping in the swathe from the Brahmaputra basin to the Indus-Ganga plain.

Within each country, with politics dancing to the tune of populist consumerism, nature is without a guardian. The erosion of civility in geopolitics keeps South Asian societies apart when people should be joining hands across borders to save our common ground.

Because wildlife, disease vectors, aerosols and river flows do not respect national boundaries, the environmental trends must perforce be discussed at the regional inter-country level. As the largest nation-state of our region, and the biggest polluter whose population is the most vulnerable, India needs to be alert to the dangerous drift.

Pollution can originate in one country but can cause damage in another country’s environment, by crossing borders through pathways like water or air. Pollution can be transported across hundreds and even thousands of kilometers.

Despite being a vast democracy where people power should be in the driving seat, the Indian state not only neglects its own realm, it does not take the lead on cross-border environmentalism.

Thus, Bihar is helping destroy the Chure/Siwalik range of Nepal to feed the construction industry’s demand for boulders and conglomerate, even though this hurts Bihar itself through greater floods, desertification and aquifer depletion.

Air pollution is strangling the denizens of Lahore, New Delhi, Kathmandu and Dhaka alike, but there is no collaboration. Wildlife corridors across States, provinces and countries are becoming constricted by day by day.

Worsening air quality in the last two decades has emerged as one of the major reasons for high numbers of premature deaths, says a new study conducted in 11 north Indian cities.

Climate change is introducing massive disturbances to South Asia – most notable is rise of sea levels. The entire Indian Ocean coastline will be affected, but the hardest hit will be the densely populated deltas where the Indus, the Irrawaddy and the Ganga-Brahmaputra meet the sea.

Yet, there is no proper mechanism and framework to deal and address the tens of millions of ‘climate refugees’, who will move inland in search for survival.

It is very promising to see that China is putting pollution high in its domestic policy agenda, and people look forward to seeing how the country moves forward on this.

India’s environmental diversity and riches are universally recognised but have never been quantified. Starting this year, the government will begin a five-year exercise to compute district-level data of the country’s environmental wealth.

The numbers will eventually be used to calculate every State’s ‘green’ Gross Domestic Product (GDP). The metric will help with a range of policy decisions, such as compensation to be paid during land acquisition, calculation of funds required for climate mitigation, and so on.

A pilot project is set to begin this September in 54 districts. Land will be demarcated into “grids” with about 15-20 grids per district. These will capture the diversity in the State’s geography, farmland, wildlife, and emissions pattern, and will be used to compute a value.

The government has also launched a ‘green skilling’ programme under which youth, particularly school dropouts, would be trained in a range of ‘green jobs’— as operators of scientific instruments used to measure environmental quality, as field staff in nature parks, and as tourist guides. Some of the labour required for the survey would also be sourced from the green-skilled workforce.

A new kind of Chipko:

Today, environmental activists all over tend to be lampooned in the media and social media as anti-national, anti-development saboteurs.

The task of preserving the forests and landscapes has mostly been relegated to the indigenous communities. You will have the Adivasi communities of the Deccan organising to save ancestral forests, and the indigenous Lepcha fighting against the odds to protect the upper reaches of the Teesta. The urban middle class is not visible in environmentalism, other than in ‘beautification projects’.

Perhaps we have been foolhardy in waiting for another Chipko to emerge, and the changed times may require new approaches. Tomorrow’s activists must work to quantify the economic losses of environmental destruction and get local institutions to act on their ownership of natural resources.

The activists must harness information technology so as to engage with the public and to override political frontiers, and they must creatively use the power of the market itself to counter non-sustainable interventions.

For Instance, under focus was the severe air pollution in Delhi caused by the burning of paddy straw in neighbouring Haryana and Punjab. An ‘INDUS impact’ projects aims to halt the hazardous burning of paddy stubble by promoting business partnerships that “upcycle” it.

This entails using paddy straw as feedstock to make materials that would find use in construction and packaging — a technology and expertise that foreign companies are keen to market in India.

The States and the Union government need to take note of this alarming situation and create a national clean air action plan which is ambitious, effective and focuses on time-bound implementation

Work towards ecological sustainability must go beyond ritual, with the path seeming to lie in the empowerment of local government all over. Elected representatives in cities and districts must be challenged to emerge as the bulwark of environmentalism even as the provincial and national governments are asked to rise to their regulatory responsibilities.

When ‘organic environmentalism’ rises from the grassroots and makes state authority accountable, South Asia and its peoples will be protected. At that point, no force will be able to stop activism across the frontiers and South Asia will begin to tackle pollution.