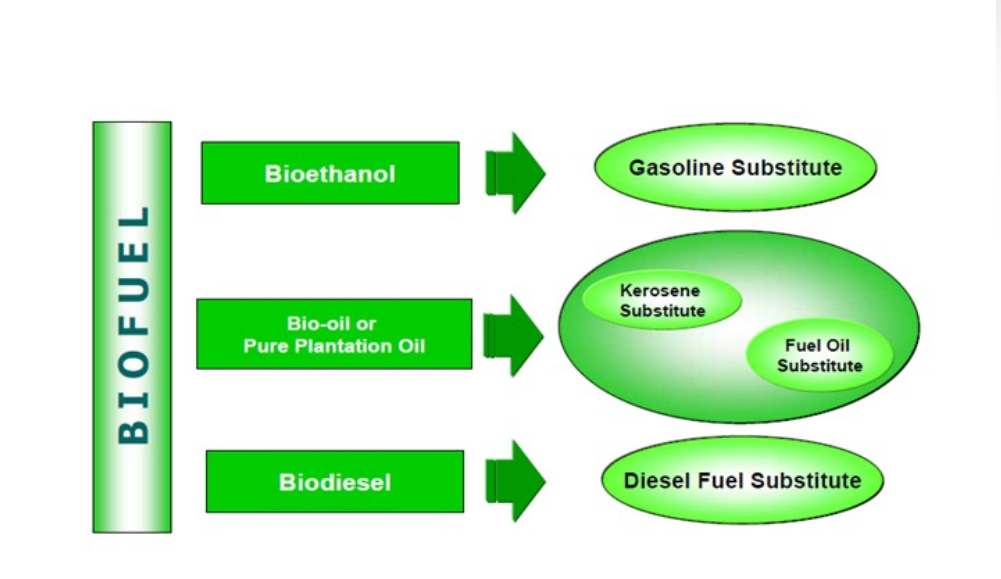 Recently, Union Cabinet approved a National policy on Biofuels that seeks to not only help farmers dispose of their surplus stock in an economic manner but also reduce India’s oil-import dependence.

National policy on Biofuels primarily tries to address supply-side issues that have discouraged the production of biofuels within the country. It allows for a wider variety of raw materials to be used as inputs to produce ethanol that is blended with petrol.

At present, the technology available a large chunk of the biofuel will have to come from the sugar sector for now. Therefore, pricing is the key. As mentioned above, the government estimates that ethanol supply of around 150 crore litres in 2017-18 could save foreign exchange worth over ₹4,000 crore.

The production of biofuels from agricultural waste, it is hoped, will also help curb atmospheric pollution by giving farmers an incentive not to burn it, as is happening in large parts of northern India.

But policy should not get ahead of technological and financial feasibility and options should be realistically laid out for farmers.

There is also a need for caution in using surplus foodgrain to produce ethanol. Food for fuel has often been a controversial policy matter across the globe as many believe using grains for ethanol raises food inflation risk.

And while removing the shackles on raw material supply can have definite benefits, it cannot make a significant difference to biofuel production as long as the supply-chain infrastructure that is required to deliver biofuels to the final consumer remains inadequate.

To address this issue, the new policy envisages investment to the tune of ₹5,000 crore in building bio-refineries and offering other incentives over the next few years. The government should also take steps to remove policy barriers that have discouraged private investment in building supply chains.

According to a Bloomberg New Energy Finance study Next-Generation Ethanol: What’s In It For India?, the increase in ethanol production alone has the potential to create over 700,000 jobs when targeting only the base potential. States with a combination of high agricultural activity and large fuel consumption like Maharasthra, Punjab and Uttar Pradesh would be the best positioned to exploit this opportunity.

We need measures which are available today and at affordable costs. This one measure of pushing for biofuel buses for public transport within a specific timeline like 2020, would help transform our public transport services, improve the health of our citizens, provide economic impetus and create jobs. Surely a win-win proposition at a fraction of the cost associated with the subsidy-driven push being planned for E-mobility.

When sustainability focused countries like Sweden and a developing country like Brazil have used ethanol in a big way to achieve their environmental and economic objectives, India must make efforts to scale up technology alternatives.

Biofuels in India are of strategic importance as it augers well with the ongoing initiatives of the Government such as Make in India, Swachh Bharat Abhiyan, Skill Development and offers great opportunity to integrate with the ambitious targets of doubling of Farmers Income, Import Reduction, Employment Generation, Waste to Wealth Creation.

Biofuels programme in India has been largely impacted due to the sustained and quantum non-availability of domestic feedstock for biofuel production which needs to be addressed.

Sustainability, with its multiple environmental, economic and social objectives, is now prominent in many national and international policies.

These are implemented in a classical incrementality approach. Using the example of biofuels to demonstrate the way that multiple objectives are developed in energy and environmental policy.

Biofuels are promoted as replacements for transport fuels, but biofuel policy is also geared towards socio-economic goals such as agricultural subsidy and strategic goals such as security of energy supply.

With a holistic approach, which includes the full potential of biofuels for vehicles, we will be able to achieve our dream of creating an environmentally and economically sustainable transport sector.