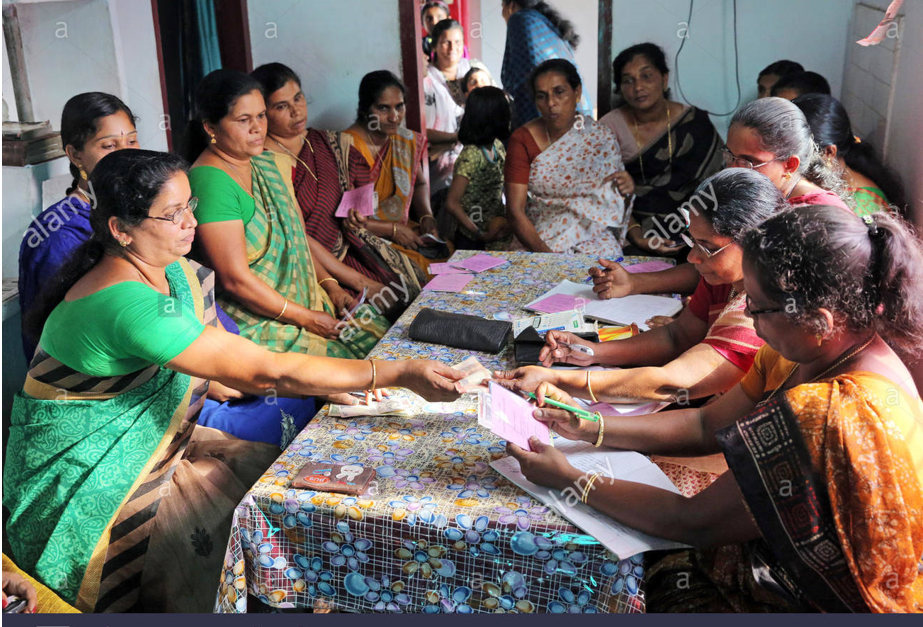 The World Bank recently published the results of its Global Findex Survey (2017), the third in the series from 2011. Findex surveys provide valuable information on financial inclusion and behaviours across countries.

For India, the acceleration in account ownership (Jan Dhan Yojana) has already been highlighted, as has the extremely low utilisation: 80% Indian adults now have a bank account, 27 points higher than the 53% estimated in Findex 2014 round.

With present trend, it will take 217 years for women’s access to economic opportunity to be on a par with that of men.

The fast progress is accompanied by higher inactivity as 48% of accounts saw no deposits or withdrawals in 2017, compared to 44% in 2014. This gap in access and usage is even more telling for females, where evidence indicates inclusion policies providing entry to formal finance fail to bridge gender inequalities, for which specific, broader intervention efforts are needed.

Bank Account for Female: A Gateway for Financial Inclusion:

On this basic measure of financial inclusion, females are more financially included than before. The male-female difference, or the gender gap, in account ownership narrowed to 6.4 percentage points in 2017, it was 19.8 in 2014.

A bank account is the gateway to other financial services, but doesn’t automatically translate into actual use of or access to these. What is the depth of female financial engagement once the entry barriers are overcome?

The evidence on broader inclusion of women into formal finance is disappointing. They score disproportionately low on ordinary functions such as savings and borrowings: of more than three-fourths who have a bank account, less than a fifth (16.7%) save formally, i.e., at banks; 10% did so in 2014.

The low preference for formal savings compares unfavourably with 30% of their Chinese and 26% global peers who save at a financial institution.

Women trail behind even more in access to formal credit markets. The extent of their access to bank loans and dependence upon informal sources remained unchanged between 2014 and 2017 as per two Findex rounds in these years.

Only 5% took out a loan—less than half their Chinese counterparts (11%) and below the global 9%; while 30% continue to borrow informally (family and friends), the same as in 2014.

Why does female exclusion in finance exist, persists?

Numerous demand and supply-side constraints apply specifically to women. Findex surveys repeatedly establish the unbanked and low use of financial services correspond to low incomes and regions, low educational attainment, non-participation in the labour force as well as gender.

In India, most factors unite to accentuate gender inequalities in finance:

These inherent disadvantages discourage many from approaching banks, who in turn, do not often inspire their confidence.

The gender gap in bank borrowings widened 3.3 against 2.8 in 2014. There is a hint of further marginalisation in this regard as the percentage borrowing to start a farm or business halved to 3% in 2017, and higher proportion (7.3%) saved for these purpose than before (3.6%, 2014).

Gender inequalities in access to formal credit have long manifested in India’s scarce gender-wise financial statistics. For example, distribution of outstanding credit in small borrower accounts shows 24.5% share of female account owners against 72% by men as on March 2017; in March 2015, female share was 21%, reflecting the snail-paced progress.

In its financial inclusion report (2015), RBI noted the All-India Debt and Investment Survey suggests interest rates paid by female household heads are on average higher than their male counterparts;

Considering that about 10% of India’s total entrepreneurs are women, and that 98% of women are concentrated in micro-enterprises and informal (99%) segments, the virtual lack of access to formal credit is a huge constraint.

Indian women are less financially included than men by other metrics as well. They are half as likely to own debit cards (22% versus 43% of men), comparing poorly with 63% of Chinese women who do with lower gender gap (7 points) and the 35% in developing countries and 43% globally who too face lower gender gaps (10 and 11). Account usage for remittances, including digitally, by women is low (22%) while credit-card ownership (2%) and use (6%) abysmal.

While India is ranked an impressive 15th out of 144 countries in political empowerment, it is ranked 112th for education and 141st for health and survival. The economic participation ranking is 139th out of 144 with a 66 percent gender gap.

An overall lack of empowerment therefore reflects in low awareness and demand for financial inclusion. The evidence emphasises that gender-inclusive financial sector policies have to gear in several dimensions for broader, deeper inclusion of women in formal financial markets.

Even leveraging of digital technologies via mobile/smartphones—a low-cost, effective means for scaling-up—proves difficult for women (only 28% owned a mobile phone in 2015, estimated the GSMA, and 81% had never used internet on mobile).

Broader interventionist efforts are required to enhance female presence in finance, which must be prioritised if only because of more and more proof that this has positive growth and employment effects. But to even orient policies, India has to fill numerous data and information gaps that exist, including at national-level official statistics.

Financial inclusion of women was specifically integrated into the G20’s global development agenda (2012) and features in its action plan to achieve its commitment to reduce the gender workforce participation gap by 25% by 2025 (25 by 25); it figures indirectly in gender equality and female empowerment goals of the UN’s Sustainable Development Goals.

The World Bank and IMF have actively gathered evidence and promoted research to help formulate appropriate policies in recent years.

India can complement these beyond what achieved through opening bank accounts through complementary policies and actions to promote access and usage by women.

The Global Gender Gap Report sheds light on the economic challenges that exist for women in India and around the world. Financial service providers that invest in understanding the women’s market and design products to reach them will be rewarded with a loyal and profitable client base.