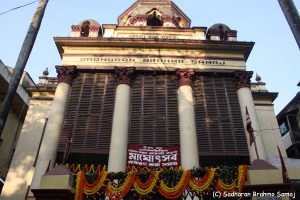 Context: Sadharan Brahmo Samaj (SBS), the party funded by Rabindranath Tagore’s father in the initial years, has entered into a legal battle with the West Bengal State government over its decision to dissolve the governing bodies of eight colleges in Kolkata run by the organisation.

The governing bodies of the eight colleges were dissolved following the decision of the State’s Minority Affairs and Madrasah Education Department to not to grant the SBS the status of a minority religion. The order argued that since SBS is not a “separate minority religion”, the related colleges administered by it should be treated as “non-minority Government-aided Colleges.”

Context: The GST council has asked the Centre and states to expedite setting up of appellate authorities for aggrieved entities to appeal against orders of the authority for advance rulings (AAR).

With AARs in different states started giving rulings since March, it has become imperative for the Centre as well as states to set up the appellate authority for advance ruling (AAAR). So far only 12 states, including West Bengal, Gujarat, Madhya Pradesh, Rajasthan, Tamil Nadu and Uttar Pradesh, have issued notifications for setting up AAARs. However, these have not become operational as the members have not yet been appointed.

What is an Advance Ruling?

“Advance ruling” means a decision provided by the Authority or the Appellate Authority to an applicant on matters or on questions specified in sub-section (2) of section 97 or subsection (1) of section 100 of the CGST Act, 2017, in relation to the supply of goods or services or both being undertaken or proposed to be undertaken by the applicant.

The broad objectives for setting up a mechanism of Advance Ruling are:

What happens when there is difference of opinion among the members?

Before giving the ruling, AAR must hear the applicant or his authorised representative as well as the jurisdictional officers of CGST/SGST.

If there is a difference of opinion between the two members of AAR, they shall refer the point or points on which they differ to the AAAR for hearing the issue. If the members of AAAR are also unable to come to a common conclusion in regard to the point(s) referred to them by AAR, then it shall be deemed that no advance ruling can be given in respect of the question on which difference persists at the level of AAAR. 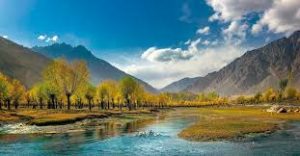 Context: Pakistan’s top civil and military leaders have decided to give greater administrative and financial authority to Pakistan-administered Kashmir and Gilgit-Baltistan.

Where is Gilgit Baltistan located?

India has termed as “entirely unacceptable” any possible attempt by Pakistan to declare the Gilgit-Baltistan region, bordering the disputed Pakistan-administered Kashmir, as the fifth province. 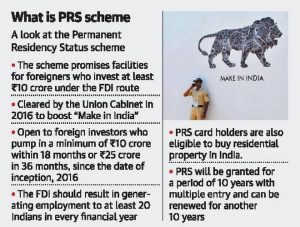 Context: Recent report by the government shows that even after two years after it was launched, the Permanent Residency Status (PRS) scheme providing a host of facilities for foreigners who invest at least ₹10 crore under the Foreign Direct Investment (FDI) route has not found a single applicant.

Features of the PRS scheme:

The scheme will be applicable only to foreign investors fulfilling the prescribed eligibility conditions, his/her spouse and dependents. These include:

For Prelims and Mains: PRS scheme and its significance.

ToneTag is a technology which is a communication protocol that will enable data transfer using sound waves. It is not hardware dependent and works with the devices that do not have a microphone or speaker.

Significance of the technology:

For Prelims and Mains: Key features of ToneTag technology. 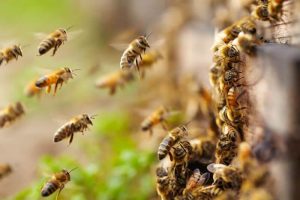 Context: On the occasion of World Bee Day celebrated on May 20th, the United Nation’s Food and Agricultural Organization and the European Union have called for global action to protect pollinators, and bees in particular, which are crucial for ensuring food security.

To underline the importance of the issue, and following a Slovenian proposal, the UN has named May 20 as World Bee Day, as it marked the birthday of Anton Jansa (1734-1773), a Slovenian pioneer in modern beekeeping.

Protection measures for farmers and governments:

Recommended practices for farmers to create a good habitat for bees to ensure pollination include: 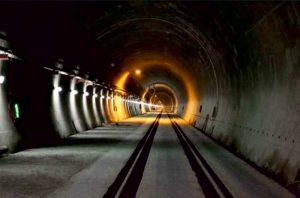 Context: NHAI has said that the Banihal-Qazigund tunnel will be operational by next year.

Context: India is the global host of 2018 World Environment Day which will take place on June 5, 2018.

Background: World Environment Day is a UN Environment-led global event, the single largest celebration of our environment each year, which takes place on June 5 and is celebrated by thousands of communities worldwide. Since it began in 1972, it has grown to become a global platform for public outreach that is widely celebrated across the globe.

Context: The Everest industry is suffering from a dangerous shortage of its most important resource: experienced Sherpa guides.