Insights into Editorial: In a state of energy poverty: on the goal of 100% electrification 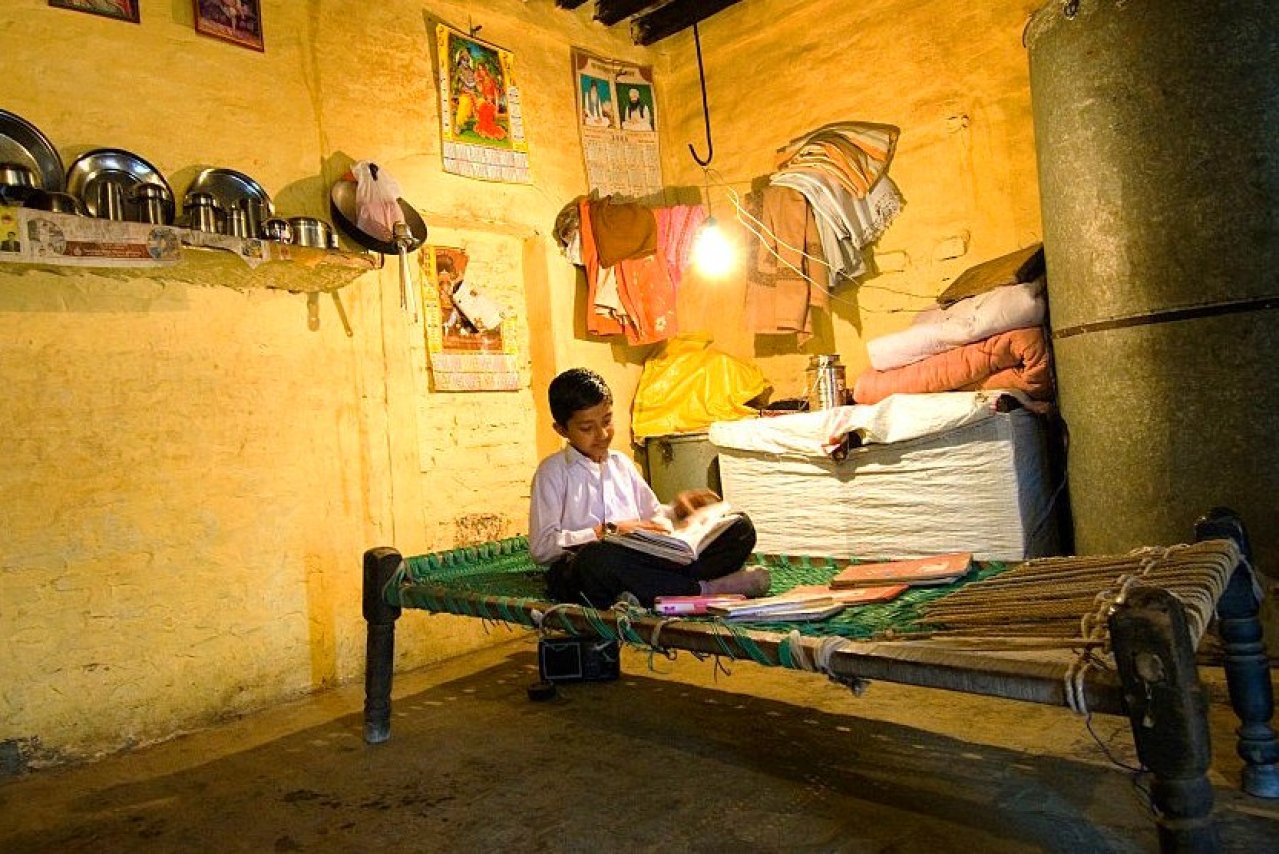 There is now 100% village electrification in India, an important milestone in the country’s development trajectory. The remote village of Leisang in Manipur is the last village to be connected to the national grid on April 28.

At the time of Independence, K. Santhanam, a member of the Constituent Assembly, called a ‘virgin field for electrification’. But despite dedicated public agencies in electricity development, a planned approach, a sustained political mandate and continued public spending by the Centre and States, India has been considerably slow in reaching the milestone.

Challenges in India’s Energy of Electricity:

India continues to harbour energy poverty; 31 million rural households and about five million urban households are still to be connected to the grid — the highest in any single country. A significant portion of connected rural households is yet to get adequate quantity and quality of supply.

The Central government has set itself an ambitious target of connecting all remaining households by the end of March 2019 and made budgetary allocations to cover the cost of electrification.

As part of a Centre-State joint initiative on 24×7 ‘Power for All’, State governments have already committed to ensuring round-the-clock supply to all households from April 2019. The aspiration for access to clean, reliable and affordable power for all is not free from barriers and fallibility.

The regional imbalances in electricity access have persisted. Seven States (Uttar Pradesh, Bihar, Odisha, Jharkhand, Assam, Rajasthan and Madhya Pradesh) account for 90% of un-electrified households. Coincidentally, these States are ranked poorly in social development indices and house about two-thirds of the population living below the poverty line. This concurrence between economic poverty and energy poverty will be a barrier to the goal of universal access.

Challenges in Distribution Side:

Electricity distribution companies (DISCOMS) in these seven States are already highly indebted, accounting for 42% of accumulated debts of all DISCOMS as on March 2016. Their debts account for 17% of accumulated liabilities of the States.

The other major challenge is from distribution network capacity. Electrification in India has followed an approach of expansion, often driven by political considerations, without much emphasis on capacity augmentation and making the grid future ready.

As a result, the distribution infrastructure is overburdened, as the demand has grown, causing a high level of technical losses and frequent breakdowns. The distribution network capacity in several States is inadequate to carry available electricity.

Subsequently, DISCOMS have been resorting to load shedding while their contracted generation capacities are underutilised. Adding new load to the existing fragile distribution network will only compromise the quality and reliability of supply. It could result in continued blackouts for the rural poor during peak hours.

Preparation of state specific action plans for ‘24X7 Power for All’ covering adequacy of generation, transmission capacity and distribution system.

The revised Tariff Policy with a focus on ‘4 Es’ i.e. Electricity for all, Efficiency to ensure affordable tariffs, Environment for a sustainable future, Ease of doing business to attract investments and ensure financial viability.

The scheme provides for (a) separation of agriculture and non-agriculture feeders; (b) strengthening and augmentation of sub-transmission and distribution infrastructure in rural areas including metering at distribution transformers, feeders and consumers end; and (c) rural electrification.

PSDF shall be utilized for the project proposed by distribution utilities for (a) creating necessary transmission system of strategic importance; (b) installation of shunt capacitors etc. for improvement of voltage profile in the grid; (c) installation of standard and special protection schemes; and (d) Renovation and Modernisation of transmission and distribution systems for relieving congestion; etc.

Launching of Ujwal Discom Assurance Yojana (UDAY): The scheme has been launched for operational and financial turnaround of Discoms.

Measures initiated for reducing the generation cost of coal based power projects:

(a)    Increasing supply of domestic coal;

State strategy documents on 24×7 ‘Power for All’ highlight the need and quantum of augmentation required in distribution network capacity. Many States have failed to utilise the limited funding. Current allocations under the Deen Dayal Upadhyaya Gram Jyoti Yojana (DDUGJY) and Integrated Power Development Scheme (IPDS), to augment rural and urban distribution networks, respectively, are only a fraction of the requirement. Moreover, disbursement of these grants has been much slower, 17% under DDUGJY and 31% under IPDS, reflecting sluggish implementation.

A new scheme Pradhan Mantri Sahaj Bijli Har Ghar Yojana –“Saubhagya” to ensure electrification of all willing households in the country in rural as well as urban areas. SAUBHAGYA is more than a mission to provide electricity to the entire nation and ensure energy security.

For easy & accelerated implementation of the Scheme , modern technology shall be used for household survey by using Mobile App. The Rural Electrification Corporation Limited (REC) will remain the nodal agency for the operationalisation of the scheme throughout the country.

The expected outcome of the Scheme is as follows:

The government target to achieve universal household electrification by 31 March 2019. The Target of 31st March 2019 will depend on the ability of the Centre and States to generate required capital investments, timely upgradations in transmission and distribution networks and covering the costs of servicing less remunerative loads.

Free electricity connection is not the end. Affordability and Quality of the electricity should be next step taken. Though India is claimed to be power-surplus nation, the power generation utilities remain vastly under-utilised. Though Ujwal DISCOM Assurance Yojana (UDAY) has been not quite successful in making an impact to restructure the debt of State distribution agencies, more and more efforts should be made under it.

The DISCOMS should be given the freedom to sell at a profitable price as well as be supplied with demand asked for after consulting various stakeholders.

Implementing some appropriate measures such as smart meters, infrastructure development, franchisee arrangements with local self-help-groups (for more effective billing, monitoring and collection) may improve the situation to some extent.

Success depends on curbing DISCOM losses and consumer honesty. Distributed generation could complement centralised grid electricity to resolve both, and ensure sustained use of electricity not just for rural households, but also for the entire rural economy including farms, schools, hospitals, and small businesses. It would lead to improved consumer satisfaction, as electricity truly becomes an enabler of prosperity in rural India.