Context: The Union Cabinet has approved setting up of a new All India Institute of Medical Sciences (AIIMS) in Deoghar, Jharkhand under the Pradhan Mantri Swasthya Suraksha Yojana (PMSSY).

The setting up of new AIIMS at Deoghar will serve the dual purpose of providing super speciality health care to the population while also helping to create a large pool of doctors and other health workers in this region to be available for primary and secondary-level institutions/facilities being created under the National Health Mission (NHM).

The Pradhan Mantri Swasthya Suraksha Yojana (PMSSY) was announced in 2003 with objectives of correcting regional imbalances in the availability of affordable/ reliable tertiary healthcare services and also to augment facilities for quality medical education in the country. 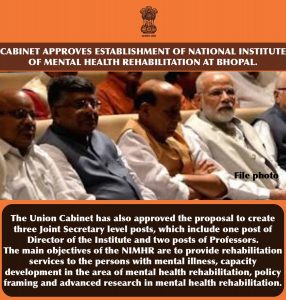 Context: The Union Cabinet has approved the establishment of National Institute of Mental Health Rehabilitation (NIMHR) at Bhopal. 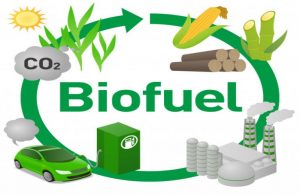 Context: The Union Cabinet has approved National Policy on Biofuels – 2018.

Context: The government on Wednesday approved a dedicated Rs5,000 crore fund to bring more land area under micro-irrigation as part of its objective to boost agriculture production and farmer’s income.

About the Micro Irrigation Fund: 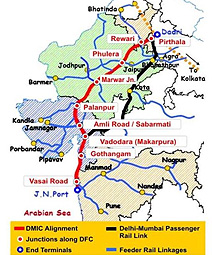 What is a freight village?

A ‘Freight Village’ is a specialised industrial estate which attracts companies that require logistics services and can cluster to improve their competitiveness. This will allow relocation of retailers, warehouse operators and logistics service providers supplying the regional FMCG market. Due to its proximity to the main city, it will serve as a distribution centre and as a point of transfer between long distance transport by truck, rail and waterway and short distance distribution with delivery vans. ‘Freight Village’ includes an inter-modal terminal, which facilitates integration between different modes of transport.

What is it? Delhi-Mumbai Industrial Corridor is a mega infra-structure project of USD 90 billion with the financial & technical aids from Japan, covering an overall length of 1483 KMs between the political capital and the business capital of India, i.e. Delhi and Mumbai. A MoU in this regard was signed in 2006.

Components: The project would include six mega investment regions of 200 square kilometres each and will run through six states Delhi, Western Uttar Pradesh, Southern Haryana, Eastern Rajasthan, Eastern Gujarat, and Western Maharashtra. However, the Project Influence Region of DMIC includes parts of Madhya Pradesh too.

For Prelims: IP Nani and WIPO.

Context: The Cell for IPR Promotion and Management (CIPAM) recently organized a conference on successful completion of two years of the National Intellectual Property Rights (IPR) Policy adopted by the Government of India in May 2016.

Cell for IPR Promotion and Management (CIPAM) has been created as a professional body under the aegis of DIPP to take forward the implementation of the National IPR Policy that was approved by the Government in May 2016, with the slogan – “Creative India; Innovative India”.

Functions: CIPAM is working towards creating public awareness about IPRs in the country, promoting the filing of IPRs through facilitation, providing inventors with a platform to commercialize their IP assets and coordinating the implementation of the National IPR Policy in collaboration with Government Ministries/Departments and other stakeholders.

Context: The Cabinet Committee on Economic Affairs has given its approval for enhancement of budget by Rs.11,330 crore for the Network For Spectrum (NFS) project.

About the Network For Spectrum (NFS) Project: 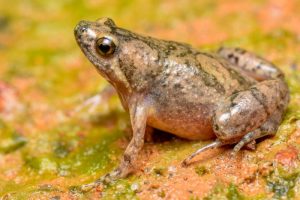 Context: It is the newest frog discovered from Karnataka.