Insights into Editorial: US unilaterally pulled out of the Iran Nuclear deal 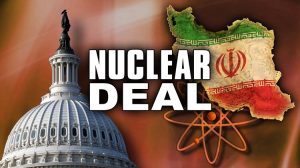 The Joint Comprehensive Plan of Action, commonly known as the Iran deal, was signed on July 14, 2015 between Iran, the U.S., China, France, Russia, the U.K., Germany and the European Union.

In return, Iran will recover assets worth $100 billion frozen in overseas banks, and sanctions on the country by the U.S., the U.N. and the E.U. will be lifted.

President Donald Trump recently decided to unilaterally pull the U.S. out of the Iran nuclear deal and to re-imposing nuclear sanctions against that country.
It is a huge setback to multilateral diplomacy and the rules-based international order. The re-imposed sanctions will target critical sectors of Iran’s economy, such as its energy, petrochemical, and financial sectors

Former United States President Barack Obama criticised the decision made on Tuesday by President Donald Trump to pull the United States out of the 2015 Iran nuclear deal, calling the move a “serious mistake”.

Iranian President Hassan Rouhani said that if the U.S. quits the nuclear deal between Tehran and world powers then Washington would regret it “like never before”.

Iranian President declared that his government remains committed to a nuclear deal with world powers, despite the US decision to withdraw, but is also ready to resume uranium enrichment should the new sanctions against Iran become effective.
Undoubtedly, the US exit from the nuclear deal comes as a great defeat for Rouhani against the Iranian hardliners who warned him against diplomacy with the Americans.

5 ways India could be affected by U.S. decision to pull out of Iran nuclear deal:

Even so, India could face the impact of the U.S. decision on the deal as well as instituting the “highest level of economic sanctions” in several ways: 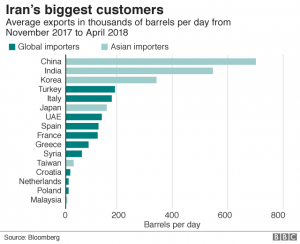 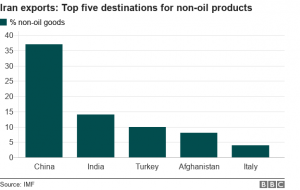 If the proposal is accepted by the SCO, which is led by China and Russia, India will become a member of a bloc that will be seen as anti-American, and will run counter to some of the government’s other initiatives like the Indo-Pacific quadrilateral with the U.S., Australia and Japan.

The move may also rile other adversaries of Iran, like Saudi Arabia, UAE and Israel, with whom the government has strengthened ties in an effort to balance its West Asia policy.

This could also impact all agreements India is negotiating both bilaterally and multilaterally with the U.S., and the government will have to choose its future course factoring in the new U.S. behaviour, especially after Mr. Trump withdrew from the U.N. Climate Change treaty (Paris Accord), and the Trans-Pacific Partnership with East Asian trading partners.

New Delhi will have to consider a new understanding of its ties with Washington in this context, and some of this understanding may be built during the first “2+2” dialogue between Foreign and Defence Ministers of both countries to be scheduled in the next few weeks in Washington.

Which companies could be affected?

A number of French firms have signed billion dollar agreements with Iran since the nuclear accord was signed in 2015.

Aside from Airbus, they include French oil giant Total and the car makers Renault and Peugeot. Companies would have to wind up investments by November or face US sanctions.

The U.S. stands isolated in its decision. Europe and other powers (UN permanent members) should stick together to respect the mandate of an international agreement. Any sanctions imposed by U.S. will hurt the global economy and may force Iran to stock nuclear weapons, further complicating the situation.

Thus, the need of the hour is to standby with the agreement even after the U.S. has withdrawn.