Insights into Editorial: Getting the healthcare sector ready for NHPS 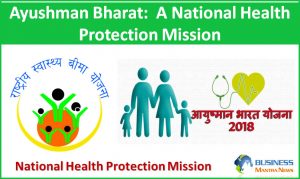 Presently, India is in a state of health transition. The country is not just confronting infectious diseases such as tuberculosis, malaria, dengue, H1N1 pandemic influenza and antimicrobial resistance; but also the emerging problem of chronic non-communicable diseases such as cardiovascular diseases, diabetes, cancer which are now the leading cause of mortality.

Climate change, globalization, urbanization and changing lifestyles are further fuelling this transition. This has resulted in the health infrastructure undergoing severe strain.

Nearly 60 million people are pushed into poverty every year. Finance Minister, while announcing the National Health Protection Scheme said, “Lakhs of families borrow or sell assets to receive inpatient treatment and the government is concerned about the consequent impoverishment of poor and vulnerable families”.

A key reason for the poor quality of public healthcare services in India is the lack of adequate data and monitoring. The NFHS report itself comes after a gap of a decade. The health ministry’s real-time health management information system (HMIS) suffers from poor quality and data gaps.

A 2017 Comptroller and Auditor General (CAG) report showed that 18% of health facilities did not even report basic infrastructure data in the HMIS portal in 2015-16. The CAG also found wide-ranging discrepancies between what the HMIS system reported and the physical records. For instance, the number of infant deaths recorded by the HMIS in Jharkhand was substantially lower than the number in the physical records.

According to a 2015 World Health Organization (WHO) field study, only 41% of 70 district hospitals visited had a district surveillance committee in place. And of the 117 district laboratories under IDSP, many fail to conduct recommended tests.

It is estimated that, in rural areas, the gap between staff in facilities and those required was 52% for midwives and nurses, 76% for doctors, 88% for specialists and 58% for pharmacists.

The country’s average out-of-pocket expenditure on healthcare is one of the highest globally, at 68%, and this means that of every Rs 100 spent by the public on healthcare, Rs 68 comes from their pocket (the rest is reimbursed by insurance or is provided by the government).

In comparison, the out-of-pocket expenditure is much lower in China, at 34%, and in the US it is 11%. Due to this high out-of-pocket healthcare expenditure, 7% of the population in India is pushed below poverty threshold every year.

The biggest takeaway from union budget 2018-19 is the National Health Protection Scheme. This is a part of current government’s Ayushman Bharat project. It is an ambitious scheme which has generated hope and anxiety because it is world’s largest government funded healthcare programme.

The government’s intent on moving towards universal health coverage is a welcome step, effective implementation of the scheme will be a big challenge, given the scale involved.

The NHPS will be one of the largest government-funded healthcare programmes globally. It will be critical for the government to strengthen the overall healthcare system-including the infrastructure, availability of healthcare professionals and even the regulatory environment-for the effective implementation of the NHPS.

Tracking the NHPS will be extremely important to set priorities and shape future health policies in India. In a large and diversified country, health needs differ from state to state, and, within a state, can vary greatly from one district to another.

Good disaggregated measures of health outcomes will become the basis of framing and assessing future health policy. In spite of the best efforts of previous governments, there is little or no evidence on whether past health policies have had the intended effects. There is little political pressure on elected representatives to address health issues, largely abetted by lack of good local health data.

A well run NHPS has the potential to become the cornerstone of India’s healthcare needs for several future generations.

It is important to emphasize that there will be no “one size fits all” model as far as these health and wellness centres is concerned. Lessons will need to be drawn from different primary care models that are being piloted and implemented in various states. The state and central agency will keep an eye that system is not distorted. For a system of this magnitude in any country, strong monitoring and governance system is required.  Help of IT and artificial intelligence will also be taken. Moreover, there should be a link between institutions or hospitals, with health centres and the community as community engagement helps in planning and implementation of programme.

Health is not hospitalization and treatments. The endeavour should be to promote preventive health. This means investing in improving nutritional status, improving awareness, creating and maintaining health surveillance systems. Primary health services will reduce the need for advanced care. Hence along with providing insurance coverage, there is also a need for proactively strengthening primary health services and public hospitals.