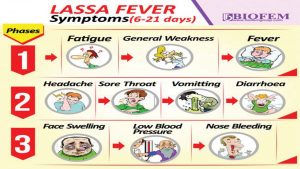 Context: Nigeria has announced that it is free from Lassa fever outbreak. The announcement follows the epidemiological review by the Nigeria Centre for Disease Control (NCDC) and the World Health Organisation (WHO).

Context: The Pacific Islands Forum has been granted approval to establish a Permanent Observer Office at the United Nations Office at Geneva (UNOG).

The Permanent Observer status would entrench the presence of the Blue Pacific region in, and strengthen its links to the United Nations organisations, including its specialised agencies, programmes, fund initiatives and joint programs.

For Prelims and Mains: Pacific Islands Forum and its significance.

Context: Since 1999, May 11 is celebrated as National Technology Day to mark India’s technological advancements. 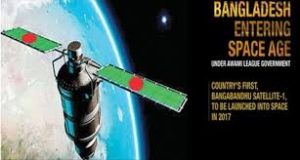 Context: The Bangabandhu Satellite-1 mission will be the first to utilize Falcon 9 Block 5, the final substantial upgrade to SpaceX’s Falcon 9 launch vehicle. Falcon 9 Block 5 is designed to be capable of 10 or more flights with very limited refurbishment as SpaceX continues to strive for rapid reusability and extremely high reliability.

What is it? Bangabandhu is Bangladesh’s first communications satellite. Built by Thales Alenia Space, a Franco-Italian aerospace manufacturer, it is designed to provide a wide range of broadcast and communication services throughout the country for the next 15 years. It is named after Bangladesh’s “Father of the Nation”- Bangabandhu Sheikh Mujibur Rahman.

Applications: Once operational, citizens of Bangladesh will gain access to the Internet, phone services, radio, backhaul, direct-to-home TV, and other related services.

Significance of the satellite:

For Prelims: Bangabandhu satellite and its applications.

Magnetic reconnection is one of the most important processes in the space — filled with charged particles known as plasma — around Earth. This fundamental process dissipates magnetic energy and propels charged particles, both of which contribute to a dynamic space weather system that scientists want to better understand, and even someday predict, as we do terrestrial weather.  Reconnection occurs when crossed magnetic field lines snap, explosively flinging away nearby particles at high speeds.

What’s so special about the new discovery?

Magnetic reconnection has been observed innumerable times in the magnetosphere — the magnetic environment around Earth — but usually under calm conditions. The new event occurred in a region called the magnetosheath, just outside the outer boundary of the magnetosphere, where the solar wind is extremely turbulent. Previously, scientists didn’t know if reconnection even could occur there, as the plasma is highly chaotic in that region. MMS found it does, but on scales much smaller than previous spacecraft could probe.

MMS investigates how the Sun’s and Earth’s magnetic fields connect and disconnect, explosively transferring energy from one to the other in a process that is important at the Sun, other planets, and everywhere in the universe, known as magnetic reconnection. Four identically instrumented spacecraft measure plasmas, fields, and particles in a near-equatorial orbit that will frequently encounter reconnection in action.

Reconnection limits the performance of fusion reactors and is the final governor of geospace weather that affects modern technological systems such as telecommunications networks, GPS navigation, and electrical power grids.

MMS reveals, for the first time, the small-scale three-dimensional structure and dynamics of the elusively thin and fast-moving electron diffusion region. It does this in both of the key reconnection regions near Earth, where the most energetic events originate.

By observing magnetic reconnection in nature, MMS provides access to predictive knowledge of a universal process that is the final governor of space weather, affecting modern technological systems such as communications networks, GPS navigation, and electrical power grids. MMS will establish knowledge, methods and technologies applicable to future space weather missions and the future growth and development of space weather forecasting. 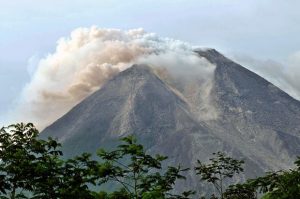 What is it? It is an active stratovolcano located on the border between Central Java and Yogyakarta provinces, Indonesia. It is the most active volcano in Indonesia and has erupted regularly since 1548. 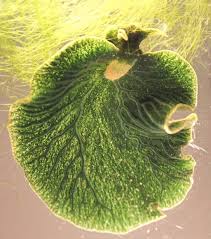 What is it? It is a green sea slug which can suck out an algae’s plastids that generate energy from sunlight — and incorporate them into its own biology. In doing so, it becomes an animal with the photosynthetic ability of a plant.

What makes it unique? What makes Elysia chlorotica unique is it takes only the plastids, or the organelles that contain chlorophyll and perform photosynthesis, from the algae. The slug then uses its own genome to keep the plastids operating within its own body throughout the rest of its life.

Where is it found? The sea slug Elysia chlorotica, a mollusk that can develop to a length of 2 inches has been discovered in intertidal zone between Nova Scotia, Canada, and Martha’s Vineyard, Massachusetts, as well as in Florida.

Significance of the discovery: Figuring out how the slug keeps these algae-made solar panels functioning could lead to innovations in developing green machines that need only sunlight to generate energy or bioproducts that could be used as biodiesel.