1) A close analysis of art and culture of medieval India points to the cultural syncretism, which has been a distinguishing feature of Indian society and polity. Examine.(250 words)

The recognition of the importance of upholding the core value of Indian state ie unity in diversity is a core concern today. An analysis of the art and culture of medieval India will go well to show that the society and polity of India has always been inclusive and should continue to be so.

Following points are to be highlighted in your answer

Examine – When you are asked to examine, you have to probe deeper into the topic,  get into details, and find out the causes or implications if any . You are required to discuss the main points discussed above.

Introduction – Highlight the need of revising the lesson of unity in diversity in the present situation where caste, religion and gender based violence are being highlighted more.

Conclusion – Highlight the need of continuing with this tradition of cultural syncretism for it leads to enrichment of our culture like it happened in medieval times.

Cultural syncretism is a distinguishing feature of Indian society and polity of Medieval period:-

Topic – Welfare schemes for vulnerable sections of the population by the Centre and States and the
performance of these schemes; Environmental pollution and degradation

2)The benefits accrued on account of Saubhagya scheme should be utilised to address the issue of clean cooking fuel once and for all. Examine.(250 words)

India is catching up on providing access to basic services like clean water, electricity to all sections of population which would help alleviate poverty as defined under MPI. Access to clean cooking fuel is a major service whose access so far has been limited in India. Hence this issue needs examination.

The question expects us to bring out the following issues

Examine – When you are asked to examine, you have to probe deeper into the topic,  get into details, and find out the causes or implications if any . You are required to discuss the main points discussed above.

Conclusion – Mention the need of solving this issue by highlighting its impacts . End with a way forward.

Benefits accrued on account of Saubhagya scheme should be utilised to address the issue of clean cooking fuel in the following ways :-

3) India should not join China’s OBOR initiative, until the issues regarding CPEC are resolved. Critically analyse.(250 words)

Despite recent hints (like Wuhan Summit) from both India and China for greater cooperation in their mutual interest, OBOR remains the key issue of contention between the two countries. The main reason behind India’s opposition of the project is CPEC. The question is related to GS-2 syllabus under the following heading-

India and its neighborhood- relations. Bilateral, regional and global groupings and agreements involving India and/or affecting India’s interests Effect of policies and politics of developed and developing countries on India’s interests, Indian diaspora.

The question wants us to bring forward reasons, why India should not join OBOR until the issue of CPEC is resolved. It also demands us to talk about the disadvantages of not joining CPEC and OBOR.

Critically analyse- we have to dig deep into the question and identify the key issues involved. We have to justify why India should not join OBOR unless concerns around CPEC are allayed. And it wants us to discuss the repercussions of not joining OBOR, CPEC.

Introduction- Briefly describe CPEC project and relate it to the broader OBOR initiative.

E.g development of J and K could be better by joining CPEC,  development in PoK will legitimise Pakistan’s stand, furtherance of China-India rivalry and Pak-China friendship, pressure from other countries joining OBOR etc.

Conclusion– give a clear, justified and balanced opinion on India’s joining of CPEC and mention India’s initiatives like Sagarmala project etc.

Why India should not join OBOR:- 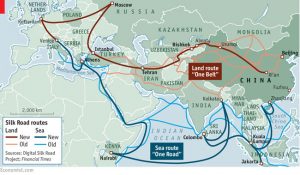 Why India should join :-

4) Discuss how the recently proposed Higher Education Evaluation and Regulation Authority aims to transform the higher education in India.(250 words)

The question wants us to discuss the powers and functioning of the newly proposed Higher Education Evaluation and Regulation Authority and discuss in detail how it will transform the higher education sector in India.

Discuss- we have to write in detail about all the key aspects of the Higher Education Evaluation and Regulation Authority which enable it to act as an engine of transformation in India’s higher education sector.

Conclusion- briefly discuss the need of reforms in higher education in India and to what extent the Higher Education Evaluation and Regulation Authority will solve the problem. 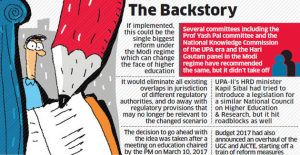 How will it transform higher education:-

Topic:Indian Economy and issues relating to planning, mobilization of resources ; Inclusive growth and issues arising from it.

5) Discuss whether priority sector lending norms need to be done away with?(250 words)

Banking sector in India is reeling under several challenges. Access to credit for certain sectors is a huge challenge too. This makes the issue of PSL slightly complicated. In this backdrop, the decision of RBI to tighten PSL norms for foreign banks in India makes it imperative for us to discuss the issue.

The question is fairly straightforward. We have to analyze the pros and cons of PSL and evaluate whether the scheme needs to continue in its present form , needs to be scrapped or modified.

Introduction – Explain the move of RBI which necessitates an evaluation of the effectiveness of PSL norms.

Conclusion – mention the advantages that access to credit would have for Indian economy and inclusive growth and the need to re-examine PSL norms to make it more effective.

PSL norms are  needed because:-

They need to be done away with:-

TOPIC : Human Values – lessons from the lives and teachings of great leaders, reformers and administrators; role of family, society and educational institutions in inculcating values. Probity in Governance: Concept of public service; Philosophical basis of governance and probity;

6)“Indian philosophy is essentially a philosophy of values.” Comment.(250 words)

Human Values – lessons from the lives and teachings of great leaders, reformers and administrators; role of family, society and educational institutions in inculcating values.

Probity in Governance: Concept of public service; Philosophical basis of governance and probity;

The question simply wants us to brainstorm on the above statement and decide whether Indian philosophy is essentially a philosophy of values. Whatever our stand, we have to justify it with proper and valid arguments/ facts/ examples.

Comment-we have to present our personal opinion on the given statement and bring-out justifications in support of our answer.

Introduction- briefly discuss Indian philosophies roots in vedas and their link with morality.

India has been described by some traditional texts as Sa Prathama Sanskrati Vishvavara, the first and supreme culture in the world. To this day, the South Asian country remains a hotspring of ancient wisdom on mind-body health and spirituality.

How  is it a philosophy of values:-