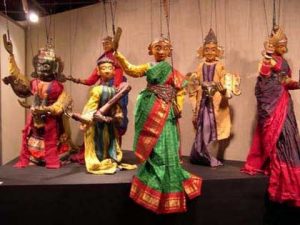 Context: Tholu Bommalata, the traditional puppetry art form of Andhra Pradesh, has lost its sheen. Now, there are only a few artisans to carry forward the art.

Years ago, the art was active in the four districts of Rayalaseema, especially in the border villages of Karnataka and Andhra Pradesh. However currently, there are only 6-8 troops left in all those areas that are still taking up the leather puppetry as the prime livelihood. 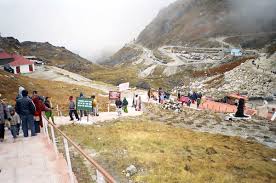 Context: Nathu La pass has been reopened for the annual Kailash Mansarovar Yatra.

Background: China had shut down the Nathu La pass in Sikkim and denied entry to the Kailash Mansoravar (located in Tibet) pilgrims last year due to the standoff in Doklam between troops of India and China at the border on account of security reasons.

Kailash Mansarovar Yatra (KMY) is known for its religious importance, cultural significance and arduous nature. The annual pilgrimage holds religious importance for Hindus, Jains and Buddhists. The Yatra is organized by the government of India in close cooperation with the Government of the People’s Republic of China. State Governments of Uttarakhand, Sikkim and Delhi, and Indo-Tibetan Border Police (ITBP) and Kumaon Mandal Vikas Nigam Limited (KMVN) are other major Indian partners of the Ministry in organizing the Yatra.

Mansarovar Lake is located at an altitude of 14,950 ft (4,558 m) is said to be the highest freshwater lake in the world. It is located in the Tibet Autonomous Region, China, 940 kilometres from Lhasa. To the west of it is Lake Rakshastal and to the north is Mount Kailash.

Nathu La is a mountain pass in the Himalayas. It connects the Indian state of Sikkim with China’s Tibet Autonomous Region. It is also one of the four officially agreed BPM (Border Personnel Meeting) points between the Indian Army and People’s Liberation Army of China for regular consultations and interactions between the two armies, which helps in defusing stand-offs.

There are five BPM points along the Line of Actual Control (LAC) at Bum La and Kibithu in Arunachal Pradesh, Daulat Beg Oldi and Chushul in Ladakh, and Nathu La in Sikkim. 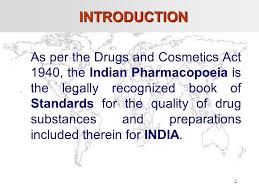 Context: In a step that would spare animals from suffering due to drug experiments, the Indian Pharmacopoeia Commission has approved modern, animal-free tests for drug manufacturers.

People for the Ethical Treatment of Animals (PETA) India has been pushing for doing away with the cruel methods of testing on animals for the past several years.

The pyrogen test is carried out to check impurity or substance that can cause adverse side-effects. For the test, the drug is injected into a rabbit and the animal is closely observed for feverish symptoms.

The abnormal toxicity test is carried out to check potential hazardous biological contamination in vaccine formulations. This batch test is done before the product is approved for marketing. In this, mice or guinea pigs are injected with the vaccine.

TRIFED is an apex organisation at National Level and functioning under the administrative control of Ministry of Tribal Affairs.

TRIFED is serving the interests of Tribals, who are engaged in collection of NTFP and making of Tribal Art & Handicraft Products for their livelihood so as to ensure better remunerative price for their products as well as for the socio-economic betterment through Self Help Groups, Empanelled NGOs, State level Tribal Development Corporations, Forest Development Corporations for undertaking marketing development of the tribal products.

Context: The parliamentary panel on Member of Parliament Local Area Development Scheme (MPLADS) funds has recommended that amounts donated by lawmakers for rehabilitation work after natural disasters be disbursed within two weeks.

Funds are to be released by the nodal district of the lawmaker concerned to the district authority of the affected district. However, funds allocated for the purpose by the parliamentarians often reach the affected people too late to help. Currently, the actual transfer takes anything from six months to over a year due to red tape.

What is it? It was launched in December, 1993, to provide a mechanism for the Members of Parliament to recommend works of developmental nature for creation of durable community assets and for provision of basic facilities including community infrastructure, based on locally felt needs.

Works under the scheme: Works, developmental in nature, based on locally felt needs and always available for the use of the public at large, are eligible under the scheme. Preference under the scheme is given to works relating to national priorities, such as provision of drinking water, public health, education, sanitation, roads, etc. MPs were allowed to spend the money outside their constituency — and outside their State in case of Rajya Sabha— after the 1999 super cyclone in Odisha.

Funds: Funds are released in the form of grants in-aid directly to the district authorities. The funds released under the scheme are non-lapsablee. The liability of funds not released in a particular year is carried forward to the subsequent years, subject to eligibility.

Execution of works: The MPs have a recommendatory role under the scheme. They recommend their choice of works to the concerned district authorities who implement these works by following the established procedures of the concerned state government. The district authority is empowered to examine the eligibility of works sanction funds and select the implementing agencies, prioritise works, supervise overall execution, and monitor the scheme at the ground level.

For Prelims and Mains: MPLAD scheme and its significance.

Context: The third edition of the United Nations Peacekeeping Course for African Partners (UNPCAP) is being held in New Delhi.

For Prelims and Mains: UNPCAP.

Topic: inclusive growth and issues arising out of it. 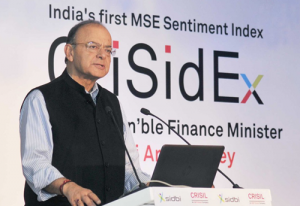 What is it? CriSidEx is a composite index based on a diffusion index of 8 parameters and measures MSE business sentiment on a scale of 0 (extremely negative) to 200 (extremely positive). CriSidEx will have 2 indices, one for the ‘survey quarter’ and another for the ‘next quarter’ once a trend emerges after few rounds of the survey, providing independent time series data.

Benefits: The crucial benefit of CriSidEx is that its readings will flag potential headwinds and changes in production cycles and thus help improve market efficiencies. And by capturing the sentiment of exporters and importers, it will also offer actionable indicators on foreign trade.

MSME sector is backbone of the economy. It is one of the largest employer in the country and with the vast population where employment either in government or in the large industry itself has limited potential. This is one sector where people not only exhibit their entrepreneurial skills, become part of large value chains but also become job creators in the process. And that is the reason why a bulk of the jobs in manufacturing, trading have been created in this particular sector.

Context: The government is augmenting the airport capacity of various airports as part of NABH (NextGen Airports for BHarat) Nirman initiative.

In the last three years, domestic air passenger traffic grew at 18% a year and the airline companies placed orders for more than 900 aircraft. NABH Nirman could take the number of airports in India to 700 from about 125 airports today. 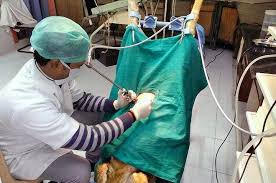 Context: Scientists at the Central Sheep and Wool Research Institute (CSWRI), Avikanagar, have come up with a new laparascope-assisted insemination technique for sheep.

The minor invasive laparascopic technique involves passing a rigid fibre-optic laparoscope into the abdomen through a small incision. The reproductive tract is located through camera and the frozen semen is deposited into the uterus.

Significance of the new technique:

For prelims and Mains: Laparascope technique and its significance.