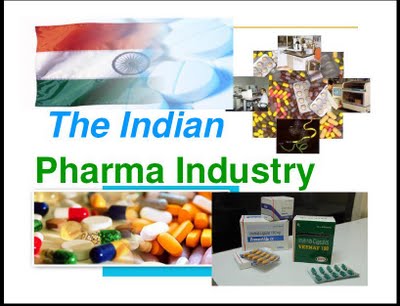 Accessible and affordable medicines are of utmost importance for any needy patient. In a developing country like India and many of its counterparts, generic drugs will be the panacea. India’s rejections for ‘secondary patents’ are commendable.

India is the largest provider of generic drugs globally with the Indian generics accounting for 20 per cent of global exports in terms of volume. Of late, consolidation has become an important characteristic of the Indian pharmaceutical market as the industry is highly fragmented.

India enjoys an important position in the global pharmaceuticals sector. The country also has a large pool of scientists and engineers who have the potential to steer the industry ahead to an even higher level. Presently over 80 per cent of the antiretroviral drugs used globally to combat AIDS (Acquired Immuno Deficiency Syndrome) are supplied by Indian pharmaceutical firms.

Pharmaceutical R&D is an expensive, time consuming and uncertain process that may take many years to complete. The useful new drugs are patented, protecting them from competition and allowing them to charge high prices. When the patent ends, other companies are allowed to supply the previously patented drug. These are known as generics. The prices of generic drugs are much lower than the prices of in-patent drugs.

However, Pharmaceutical companies through ever-greening continue to seek extra patents on variations of the original drug. Such is the case with the world’s best-selling prescription drug, Humira, continue to grow even after the expiry of the patent over its main ingredient, adalimumab, and a biologic used for the treatment of arthritis by Secondary Patents.

How does ever-greening works?

Patents offer their owners market exclusivity for a limited period of time. For medicines, this exclusivity should last as long as the primary patent — which relates to the active pharmaceutical ingredient (API) of the medicine is in effect, typically 20 years. The end of patent exclusivity will reduce the drug prices drastically.

However, pharmaceutical companies find new ways to postpone their exclusivity by filing secondary patents making small changes to an original drug with a new formulation, a dosage regimen, or a new method of administering the medicine. This practice is called ever-greening.

Ever-greening of drugs is not accepted in India:

Patent holder attempts exploit the loopholes in patent laws and related regulatory processes in order to maximize their monopoly.

In India, couple of years ago, Swiss company Novartis filed a new patent on its drug Glivec, a drug used to fight leukaemia. But Supreme Court refused to grant Novartis a patent for a new version of its cancer drug as the drug was not substantially different from original one. This has reduced the cost of drug from 1.6 lakh rupees to 11 thousand rupees.

India’s patent law also does not accept Ever-greening of drugs.

Majority of rejected pharmaceutical patents at the Indian Patent Office have sought protection in the form of secondary patents for blockbuster medicines.

The basic principle of the Patent Law in our country is that patent is granted only for an invention which must be new and useful.

India has been at the forefront of developing an alternative model of patent law which many developing countries have since emulated.

A key highlight in the Indian law is Section 3(d) of The Patents Act, 1970, which was introduced in 2005 as a yardstick to distinguish real innovation from trivial tweaks.

As per Section 2(1)(ja) of the Patents Act, the product in question must feature a technical advance over what came before that’s not obvious to a skilled person. Because secondary patents for pharmaceuticals are often sought for trivial variants, they typically fail to qualify as an invention.

Section 3(d) necessitates a demonstration of improvement in its therapeutic efficacy. The provision also bars patents for new uses and new properties of known substances. In case of Novartis, Glivec was just a new form of a known substance, imatinib, and therefore the patent for Glivec was rejected under section 3(d) of the Patents Act.

Section 3(e) ensures that patents for combinations of known substances are allowed only if there is synergistic effect.

Section 3(i) ensures that no exclusivity can be claimed over methods of treatment.

Together, Sections 3(d), 3(e) and 3(i) have been instrumental in rejecting hundreds of secondary patents for pharmaceuticals.

Innovators instead seek to reset the 20-year clock by subsequently filing patents that are minor variants of the parent compound, called secondary patents. This practice, known as evergreening, allows a prolonged monopoly that unfairly denies the public access to medicines at equitable prices. Such variants to previously known drugs are usually arrived at as a manner of routine experimentation in the pharmaceutical sciences, and hence may not be truly innovative.

Despite such measures, we discovered that evergreening practices may be rampant in India, based on a study of about 2,300 patents for drugs granted between 2009 and 2016. In our study titled Pharmaceutical Patent Grants In India, have been shown that the IPO could be operating with an error rate as high as 72% for secondary patents, despite provisions to keep them in check.

The argument pharma companies had against Section 3(d) was that it would affect the incentive to innovate. What has been demonstrated in the cases under study, is that by overcoming Section 3(d) they only have an incentive to tweak and not innovate.

Major event to increase overall growth of Pharma sector including exports and focus on increase of Domestic production in the sector by Government of India & FICCI, with the active participation from all Stakeholders.

Provide a platform to global investment community to connect with stakeholders in Pharma sector in India, Central and State Governments, leading business leaders and top executives from the industry, academics and experts from the world.

Encourage ‘Make in India’– for manufacturing of Drugs and Pharmaceutical Machines.

The Indian pharmaceutical market size is expected to grow to US$ 100 billion by 2025, driven by increasing consumer spending, rapid urbanisation, and raising healthcare insurance among others. Pharma sector’s revenues are expected to grow by 9 per cent year-on-year through fiscal 2020.

Ayushman Bharat health insurance scheme announced by the Government, popularly called as ‘Namo-Care’, has the potential to turn India into the largest pharma manufacturer of the world in about three years

Going forward, better growth in domestic sales would also depend on the ability of companies to align their product portfolio towards chronic therapies for diseases such as such as cardiovascular, anti-diabetes, anti-depressants and anti-cancers that are on the rise.

The Indian government has taken many steps to reduce costs and bring down healthcare expenses. Speedy introduction of generic drugs into the market has remained in focus and is expected to benefit the Indian pharmaceutical companies. In addition, the thrust on rural health programmes, lifesaving drugs and preventive vaccines also augurs well for the pharmaceutical companies.

Investment in public sector capacity is essential to ensure that the country can exercise that leadership even on occasions when the private pharmaceutical sector does not fully align with that objective.

There was an immediate need felt to focus on consolidated efforts to promote product discovery, translational research and early stage manufacturing in the country to ensure inclusive innovation.