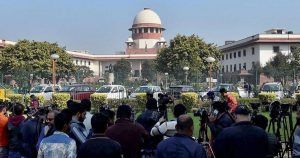 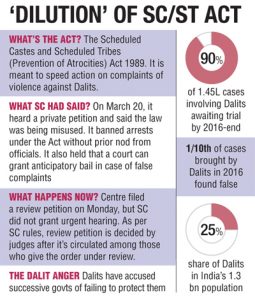 Key findings of the NCRB report :-

Implications of supreme court judgement which diluted the SC/ST act :–

Is it Judicial Over reach?

Meaning behind supreme court and why this is right (Innocent citizens cannot be terrorised by SC/ST Act provisions, says Supreme Court ):-