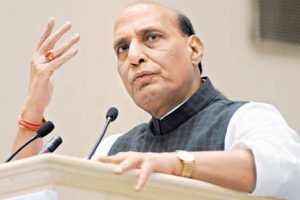 Context: The 23rd meeting of the Western Zonal Council was recently held at Gandhinagar, Gujarat and the Union Home Minister Shri Rajnath Singh chaired the meeting.

What are zonal councils? 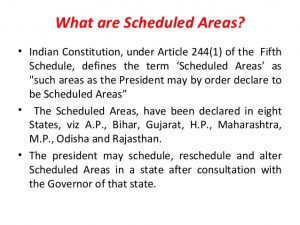 What are scheduled areas?

As per the Fifth Schedule {Article 244(1)} to the Constitution of India, the expression ‘Scheduled Areas’ means ‘such areas as the President may by order declare to be Scheduled Areas’.

Alternation of boundaries: In accordance with the provisions of paragraph 6(2) of the Fifth Schedule to the Constitution, the President may at any time by order increase the area of any Scheduled Area in a State after consultation with the Governor of that State; rescind, in relation to any State or States, any order or orders made under this paragraph, and in consultation with the Governor of the State concerned, make fresh orders redefining the areas which are to be Scheduled Areas.

Administration of these areas:

Context: The Union Government has entered into agreement with World Bank for flexible financing arrangement to accelerate research towards early development for biopharmaceuticals under National Biopharma Mission.

The agreement was signed between the project implementing agency – BIRAC a PSU of DBT, Department of Economic Affairs, Ministry of Finance, Govt. of India and International Bank for Reconstruction and Development (on behalf of World Bank).

Significance of the programme:

India has been an active player in the pharmaceutical industry and has contributed globally towards making life saving drugs and low cost pharmaceutical products accessible and affordable for those in need.  Be it the Rotavirus vaccine, heart valve prosthesis or affordable insulin, India has been a forerunner in these and many more. Despite, these advances Indian biopharmaceutical industry is still 10-15 years behind their counterparts in the developed countries and faces stiff competition from China, Korea and others. The lacuna primarily exists due to disconnected centers of excellence, less focus on translational research and staggered funding.

For Prelims and Mains: National Biopharma Mission and its significance, BIRAC.

Significance of the programme:

Institutes through their faculty and students, will carry out studies of living conditions in the adopted villages, assess the local problems and needs, workout the possibilities of leveraging the technological interventions and the need to improve the processes in implementation of various government schemes, prepare workable action plans for the selected villages. Such knowledge inputs would make their way into the development programmes in rural areas.

The Institutes would be expected to closely coordinate with the district administration, elected public representatives of panchayat / villages and other stakeholders and will become very much a part of the process of development planning and implementation. In this process, faculty and students of such institutes would be re-oriented and connected to the rural realities so that their learning and research work also becomes more relevant to the society. 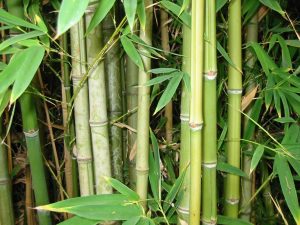 The restructured NBM strives to:

The scheme will benefit directly and indirectly the farmers as well as local artisans and associated personnels engaged in bamboo sector including associated industries. Since it is proposed to bring about one lakh ha area under plantation, it is expected that about one lakh farmers would be directly benefitted  in terms of plantation.

The Mission will focus on development of bamboo in limited States where it has social, commercial and economical advantage, particularly in the North Eastern region and States including Madhya Pradesh, Maharashtra, Chhattisgarh, Odisha, Karnataka, Uttarakhand, Bihar, Jharkhand, Andhra Pradesh, Telangana, Gujarat, Tamil Nadu and Kerala.

What was the need for restructuring?

National Bamboo Mission (NBM) started as a Centrally Sponsored Scheme in 2006-07, was mainly emphasizing on propagation and cultivation of bamboo, with limited efforts on processing, product development and value addition. There, was weak linkage between the producers (farmers) and the industry. The restructured proposal gives simultaneous emphasis to propagation of quality plantations of bamboo, product development and value addition including primary processing and treatment; micro, small & medium enterprises as well as high value products; markets and skill development, thus addressing the complete value chain for growth of the bamboo sector.

For Prelims and Mains: NBM and its significance.

About the Atal New India Challenge:

It shall be run in collaboration with various ministries- Ministry of Road Transport & Highways, Ministry of Agriculture & Farmers Welfare, Ministry of Housing and Urban Affairs, Ministry of Water Resources, River Development & Ganga Rejuvenation and Ministry of Drinking Water & Sanitation.

Grants: Applicants showing capability, intent and potential to productize technologies will be awarded grants up to Rs. One crore. This grant will be further supplemented by mentoring, handholding, incubating and other support as needed at various stages of commercialisation, while generating wider deployment for the product.

Context: As part of ongoing Indo-Malaysian defence cooperation, a joint training exercise HARIMAU SHAKTI is being conducted in Malaysia.

The exercise is aimed at bolstering cooperation & coordination between armed forces of both the nations and to share the expertise of both the contingents in conduct of counter insurgency operations in jungle terrain.

What is it? It is an armour panel developed by BARC which gives personal protection against bullets of different threat levels.