Context: Committee headed by Justice Rajesh Bindal has submitted its report on legal issues related to Inter-country removal & retention of children to the Ministry of Women and Child Development.

The Committee has recommended that the Government may establish an ‘Inter Country Parental Child Removal Disputes Resolution Authority’.

Composition of the authority:

The Authority may be chaired by a retired High Court Judge, with Members from Legal and Social sector background along with representatives from key Ministries.

Functions of the authority:

Over three crore Indians living abroad have cross-border marriages. When such a diverse family unit breaks down, children suffer as they are dragged into an international legal battle between their parents. Inter-spousal child removal is one of the most unfortunate outcomes of such break ups. Children are “abducted” by one parent and taken to a country with a different culture. This can be traumatic as they are also cut off from the other parent.

The Protection of Children (Inter-Country Removal and Retention) Bill, 2016 seeks to address the issue. The Bill is in consonance with the principles of the Hague Convention on the Civil Aspects of International Child Abduction, 1980, which seeks to protect a child from the harmful effect of wrongful removal and secure prompt return and reintegration of the child in an environment of his/her ‘habitual residence’.

Definition: The Bill defines ‘wrongful removal or retention’ as an act in breach of custody to a person or an institution or any other body under the law of the country in which the child was habitually resident immediately before the removal or retention. The law will be applicable to those wrongfully removed or retained children in India who have not completed 16 years.

Return of the Child: The court can order the return of a child who has been wrongfully removed or retained in India and if a period of one year has not elapsed from the date of removal or retention. However, the one-year cap is not final. The court can order return if it is established that the child is not settled in his/her new environment. It can refuse to order return if returning would expose the child to harm or if the child, on attaining an age and level of maturity, refuses to go back, among other conditions.

The Hague Convention on the Civil Aspects of International Child Abduction (1980):

Context: First Ever International SME Convention-2018 is being held in New Delhi. 150 participants from 31 countries and 400 entrepreneurs from India participated in the convention. The convention has specific focus on inclusion of MSMEs in the Make in India program & empowering women entrepreneurs.

India is home to more than 60 million MSMEs, majority of who are in low-tech areas and serve the local domestic markets. Of these, a small percentage, have the ability and capability to derive access to International Markets, with the vast majority of enterprises working as ancillaries. Together the MSMEs constitute a single largest employer after the Agriculture sector in India. Highly developed economies have banked on their small and medium enterprises for both GDP Growth as well as higher employment resulting in higher per capita incomes. 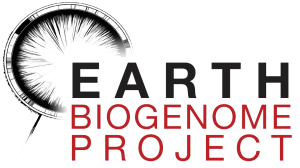 Context: Scientists have proposed Earth BioGenome project, a massive project to sequence, catalog and analyze the genomes of all eukaryotic species on the planet.

Eukaryotes include all organisms except bacteria and archaea. It includes plants, animals, fungi and other organisms whose cells have a nucleus that houses their chromosomal DNA. There are an estimated 10-15 million eukaryotic species on Earth.

Context: Two craft forms that are unique to Telangana were recently granted the Geographical Indication (GI) tag by the GI registry in Chennai. 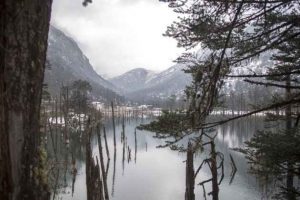 Context: The Union Home Ministry has decided to relax the six-decade-old Protected Area Permit regime from Nagaland, Mizoram and Manipur for five years with effect from April 1.

Foreign tourists, except those from Pakistan, China and Afghanistan, would now be allowed to visit some of the most pristine locations of the country which, so far, were out of bounds for them without a special permit.

What is Protected area permit?

Under the Foreigners (Protected Areas) Order, 1958, all areas falling between the Inner line and the International Border of some states have been declared as protected areas.

How are these regions different?

Who can issue such permits?

For Prelims and Mains: All about Protected area permit regime. 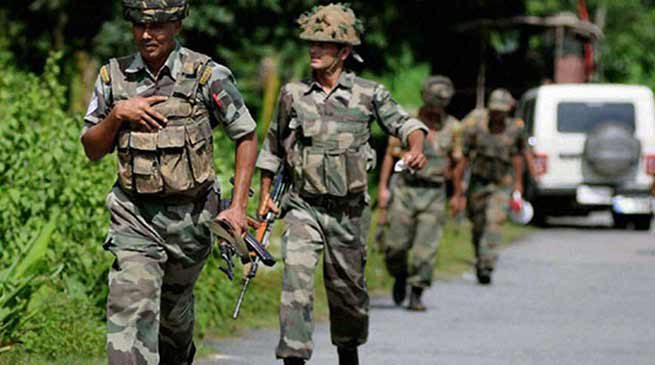 Context: The Centre has removed the AFSPA from Meghalaya, from April 1 onwards. Earlier, the Act was effective in the State in the 20 km area along its border with Assam. In Arunachal Pradesh, the AFSPA has been restricted to eight police stations, instead of 16 earlier.

What does the AFSPA mean?

In simple terms, AFSPA gives armed forces the power to maintain public order in “disturbed areas”. They have the authority to prohibit a gathering of five or more persons in an area, can use force or even open fire after giving due warning if they feel a person is in contravention of the law. If reasonable suspicion exists, the army can also arrest a person without a warrant; enter or search a premises without a warrant; and ban the possession of firearms.

Any person arrested or taken into custody may be handed over to the officer in charge of the nearest police station along with a report detailing the circumstances that led to the arrest.

What is a “disturbed area” and who has the power to declare it?

A disturbed area is one which is declared by notification under Section 3 of the AFSPA. An area can be disturbed due to differences or disputes between members of different religious, racial, language or regional groups or castes or communities.

The Central Government, or the Governor of the State or administrator of the Union Territory can declare the whole or part of the State or Union Territory as a disturbed area. A suitable notification would have to be made in the Official Gazette. As per Section 3, it can be invoked in places where “the use of armed forces in aid of the civil power is necessary”.

What’s the origin of AFSPA?

The Act came into force in the context of increasing violence in the Northeastern States decades ago, which the State governments found difficult to control. The Armed Forces (Special Powers) Bill was passed by both the Houses of Parliament and it was approved by the President on September 11, 1958. It became known as the Armed Forces Special Powers Act, 1958.

Which States are, or had come under this Act?

It is effective in the whole of Nagaland, Assam, Manipur (excluding seven assembly constituencies of Imphal) and parts of Arunachal Pradesh. The Centre revoked it in Meghalaya on April 1, 2018. Earlier, the AFSPA was effective in a 20 km area along the Assam-Meghalaya border. In Arunachal Pradesh, the impact of AFSPA was reduced to eight police stations instead of 16 police stations and in Tirap, Longding and Changlang districts bordering Assam. Tripura withdrew the AFSPA in 2015. Jammu and Kashmir too has a similar Act.

How has this Act been received by the people?

It has been a controversial one, with human rights groups opposing it as being aggressive. Manipur’s Irom Sharmila has been one if its staunchest opponents, going on a hunger strike in November 2000 and continuing her vigil till August 2016. Her trigger was an incident in the town of Malom in Manipur, where ten people were killed waiting at a bus stop.

Which city in India recently became the first city to run on 100% Renewable Energy during Daytime?

Diu Smart City has become the first city in India, that runs on 100% renewable energy during daytime.

Context: As per the World Bank’s latest Migration and Development Brief, India has retained the top position as a recipient of remittances with its diaspora sending about $69 billion back home last year.