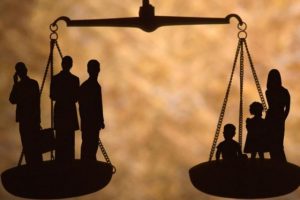 Context: While rejecting a bath of PILs in a case, the Supreme Court has observed that Public Interest Litigations (PILs) have been brazenly misused by people with political agenda and they pose a grave danger to the entire judicial process.

‘Public Interest Litigation’ denotes a legal action initiated in a court of law for the enforcement of public interest where the rights of an individual or a group have been affected.

Why we need PIL?

PIL now does require a complete rethink and restructuring. Anyway, overuse and abuse of PIL can only make it stale and ineffective. Since it is an extraordinary remedy available at a cheaper cost to all citizens of the country, it ought not to be used by all litigants as a substitute for ordinary ones or as a means to file frivolous complaints. It is, indeed, time that the PIL was reclaimed for its original constituents by limiting it to matters concerning the protection of fundamental rights of the disadvantaged and underprivileged. This would help restore the legitimacy and efficacy not only of the PIL as a means of providing access to justice to the poorest of the poor, but also of the judiciary as an institution.

For Mains: All about PILs and associated issues. 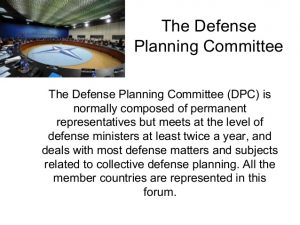 Context: The Centre has set up a Defence Planning Committee (DPC) chaired by National Security Advisor (NSA) to facilitate “comprehensive” planning for the defence forces besides focusing on military doctrines to deal with emerging security challenges.

The DPC will be a permanent body chaired by the National Security Advisor.

The committee will comprise:

The chairman of the DPC can co-opt experts into it depending on requirement.

Functions of the committee:

Benefits of having DPC:

Because the Prime Minister’s Office, the defence ministry, the finance ministry and the three services are part of the same committee, decisions on military purchases could now happen much faster.

The DPC would submit its draft reports to the Defence Minister according to “given timelines” following which further approvals will be obtained as required.

While India does have a defence planning architecture in place, this is the first time it is creating a body that will factor in everything from foreign policy imperatives to operational directives and long-term defence equipment acquisition and infrastructure development plans to technological developments in other parts of the world while coming up with a plan.

The move, which is a significant change in India’s defence strategy architecture, comes as the country faces several potential threats in a highly militarised neighbourhood; is trying to balance budgetary constraints with its need for arms; and is working on increasing its own expertise in manufacturing and exporting defence equipment. Until now, defence planning has been synonymous with hardware acquisition. 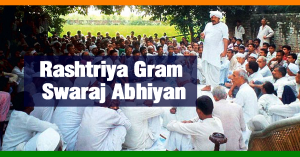 Context: As part of the “Gram SwarajAbhiyaan”, the “Swachh Bharat Parva” was recently organized all over the country. 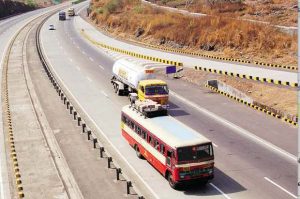 Context: A group of ministers (GoM) on transport constituted by the roads ministry has recommended a uniform road tax structure for vehicles across states.

The group was constituted to find a solution to the various problems plaguing the road sector in the country. It was also asked to suggest ways to improve road safety and facilitate ease of transport.

The One Nation – One Permit proposal will have farther fetching results. With an easier structure to transport goods across the country, the struggling road transport segment will see a most certain boost in morale, which could also lead to a reduction in prices of essential commodities like food, etc. The standardized permit will be an additional boost to the industry that already has seen a big improvement since GST came along and scrapped the state excise policies. 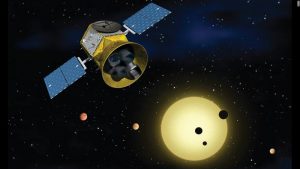 The Transiting Exoplanet Survey Satellite (TESS) is a NASA mission that will look for planets orbiting the brightest stars in Earth’s sky.

A No Development Zone (NDZ) of 20 meters has been proposed to be stipulated for all Islands close to the main land coast and for all Backwater Islands in the main land.

Ease of procedures: Only such projects/activities, which are located in the CRZ-I & IV areas, shall be dealt with for CRZ clearance by the MoEF&CC.  For all other project activities located in CRZ-II/III areas, CRZ clearance shall be considered at the level of the CZMA.

FSI: As per CRZ, 2011 Notification, for CRZ-II areas, Floor Space Index (FSI) or the Floor Area Ratio (FAR) had been frozen at 1991 Development Control Regulation (DCR) levels.  In the Draft CRZ, 2018 Notification, it has been proposed to de-freeze the same and permit FSI for construction projects.

Mining: Regulated limestone mining is proposed to be permitted, subject to strict Environmental safeguards, in areas adequately above the height of HTL, based on recommendations of reputed National Institutes in the Mining field.

Disposal of plastics and mangroves: The norms also prevent the disposal of plastic into the coastal waters and mandate the compensatory plantation of three times the mangrove area destroyed for development works. Mangroves in private land will not require a buffer zone.

Eco-tourism activities such as mangrove walks, tree huts, nature trails, and so on will be allowed in these areas through the development of coastal zone management plans (CZMPs) and public consultation.

Most Film Friendly Award: State of Madhya Pradesh was conferred the award for the Most Film Friendly State for its efforts towards easing filming in the State by creating a well-structured web site, film friendly infrastructure, offering incentives, among others.

Jury: The jury for selecting the Most Film Friendly State Award 2017 was chaired by acclaimed filmmaker Shri Ramesh Sippy and comprised of renowned filmmakers.

Context: Kayakalp awards were recently given to felicitate Public Health Facilities for maintaining high standards of sanitation and hygiene.

About Kayakalp awards: Kayakalp – Award to Public Health Facilities” was  instituted as part of the Swachh Bharat Abhiyan  on 15th May 2015 as a National Initiative to give Awards to those public health facilities that demonstrate high levels of cleanliness, hygiene and infection control focuses on promoting cleanliness in public spaces.