Context: Pradhan Mantri Ujjwala Yojana (PMUY) was launched in the state of Telangana on the birth anniversary of Dr. B.R. Ambedkar.

Some of the objectives of the scheme are:

PMUY has been a revolutionary initiative that has transformed the lives of more than 3.57 crore households spanning across the length and breadth of the country. The initiative is in line with Governments aim to eradicate energy poverty, thereby promoting economic empowerment. 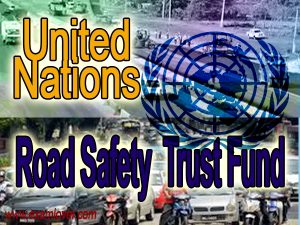 Significance of the fund:

Road traffic deaths and injuries have become a serious and urgent global concern. Around 1.3 million drivers, passengers and pedestrians die each year, and up to 50 million are injured on the world’s roads.

Beyond human suffering, road traffic deaths and injuries cause significant economic losses to individuals and societies, keeping millions of people in poverty and creating an estimated $1.85 trillion burden on the global economy each year. This makes addressing road safety one of the most pressing social, economic, health and development challenges of our time.

The UN General Assembly also adopted a resolution on road safety, sponsored by Russia, in which it called for a host of measures to prevent road accidents and to minimising the resulting damage. One of the measures, it urged, the adoption policies and measures to implement vehicle safety regulations to ensure that all new motor vehicles meet applicable minimum regulations for the protection of occupants and other road users, with seat belts, airbags and active safety systems fitted as standard equipment.

Context: India is planning to coordinate with China and other Asian countries to voice against the “Asian Premium” being charged by the Organisation of the Petroleum Exporting Countries (OPEC). Soon, the countries will chalk out the strategy that would result in getting better price from OPEC countries.

What is Asian premium?

Asian Premium is the extra charge being collected by OPEC countries from Asian countries when selling oil. The premium is determined in large part by the official selling prices (OSPs) set by Saudi Arabia, Iran, Iraq, and Kuwait, which supply about 15 percent of the world’s crude among them. They set differential prices against benchmarks on a monthly basis, adjusting them to account for regional variations.

Why countries, including India, are against Asian premium?

If crude is received at a fair price without paying Asian Premium, gross refining margins will improve and it will result in competitively priced petroleum products.

Asian Premium was historically never justified and so not justifiable in the changed market scenario where Asian countries are the major buyers. Therefore, any measure that erodes the advantage of geography for Asian countries and promotes a policy of subsidising oil traffic to distant destinations is not, and cannot be, in the interest of sustainable development.

Context: The United States Treasury Department has put India again on the currency manipulator watchlist as the country’s foreign exchange net addition and the bilateral trade surplus with the US have breached two of the three criteria determining manipulation.

What is Treasury report all about?

The Treasury report is required by Congress to identify countries that are trying to artificially manage the value of their currency to gain a trade advantage, for example by keeping the exchange rate low to promote cheaper exports.

The US Treasury Department uses three parameters to determine a currency manipulator: Bilateral trade surplus with the US to be $20 billion, current account surplus at 3% of country’s GDP, and net purchases of foreign currency to 2% of country’s GDP over a year.

The report called for all the countries on the list to implement economic reforms to address their surpluses. 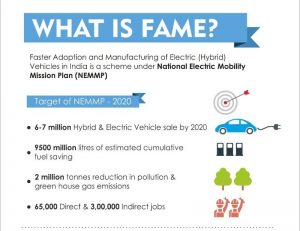 Context: The government has decided to extend the Faster Adoption and Manufacturing of (Hybrid) and Electric Vehicles (FAME) scheme by six months until 30 September 2018, or till the time the second phase of the scheme is approved by it.

Context: India will have to make money laundering an explicitly standalone offence to upgrade its compliance ahead of the on-site mutual evaluation by the Financial Action Task Force (FATF), which is due in November-December 2020.

FATF had undertaken mutual evaluation of India in 2010 when the body expressed satisfaction with the measures taken by the country. However, in its report, the FATF highlighted a number of lacunae in the then extant legislation, for which it suggested changes.

As per FATF recommendations, money laundering should be made a standalone offence. However, despite several amendments, the Prevention of Money Laundering Act (PMLA) remains a predicate-offence-oriented law. This means a case under the Act depends on the fate of cases pursued by primary agencies such as the CBI, the Income Tax Department or the police. 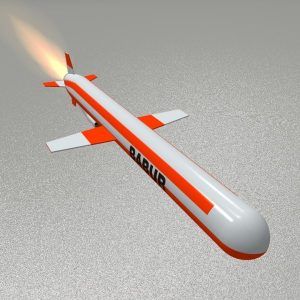