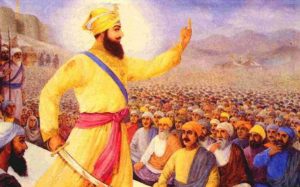 The five ‘K’s are the five principles of life that are to be followed by a true Khalsa. These include ‘Kesh’ or hair, which implies to leave the hair uncut to show acceptance towards the form that God intended humans to be in; ‘Kangha’ or wooden comb, as a symbol of cleanliness; the third of the marks of being a Sikh pronounced on Baisakhi day was ‘Kara’ or iron bracelet, as a mark to remind a Khalsa of self-restraint; ‘Kacchera’ or knee-length shorts, to be worn by a Khalsa for always being ready to enter battle on horseback; and ‘Kirpan’, a sword to defend oneself and the poor, the weak and the oppressed from all religions, castes and creeds. 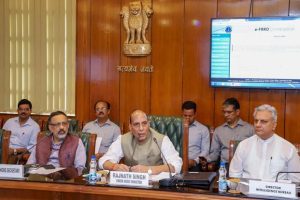 Aim: The e-FRRO scheme is aimed at building a centralized, transparent online platform for the foreigners to avail visa related services and to provide Faceless, Cashless and Paperless services to the foreigners with user friendly experience.

Features: under the scheme, foreigners would be able to get as many as 27 Visa and Immigration related services in India from the comfort of their place of stay. Using the e-FRRO application, foreigners can apply online on the portal and obtain the service(s) through email/post without appearing in person at the FRO/FRRO office.

Advantages of e-FRRO include facilitation of legitimate foreigners through “Digital India” vision of the Government, foreigners need not visit FRRO/FRO office – “Services from the comfort of home”, convenient and Time saving, exclusive dashboard for User friendly experience and Uniform & Standardized Services across the Country.

In 2017, more than one crore foreigners visited India and out of them approximately 3.6 lakhs had to visit FRRO offices spread across the country for various visa-related services. With the launch of the online e-FRRO scheme, their physical visit to the FRRO offices thus been obviated.

Context: The Reserve Bank has tightened reporting norms for the Liberalised Remittance Scheme (LRS). Now banks will be required to upload daily transaction-wise information undertaken by them under LRS.

Under LRS, all resident individuals can freely remit $250,000 overseas every financial year for a permissible set of current or capital account transactions.

Permitted: Remittances are permitted for overseas education, travel, medical treatment and purchase of shares and property, apart from maintenance of relatives living abroad, gifting and donations. Individuals can also open, maintain and hold foreign currency accounts with overseas banks for carrying out transactions.

Not permitted: However, the rules do not allow remittances for trading on the foreign exchange markets, margin or margin calls to overseas exchanges and counterparties and the purchase of Foreign Currency Convertible Bonds issued by Indian companies abroad. Sending money to certain countries and entities is also barred. Under LRS, people can’t send money to countries identified as ‘non cooperative’ by the Financial Action Task Force. Remittances are also prohibited to entities identified as posing terrorist risks.

The LRS represents India’s baby steps towards dismantling controls on foreign exchange movements in and out of the country. It has allowed large numbers of Indians to study abroad and diversify their portfolios from purely desi stocks and property.

Ideally speaking, capital controls in any form have no place in a liberalised economy. But for India, which is heavily dependent on imports of critical goods and perpetually spends more foreign exchange than it earns, it is difficult to free up remittances because of the havoc this can wreak on exchange rates.

Context: Making a case for doing away with inflation targeting by the RBI, Economic Advisory Council to the Prime Minister (EAC-PM) member Surjit Bhalla recently said it has made zero impact on prices. Under the new policy framework, the RBI aims to contain inflation at 4% with a band of (+/-) 2%.

What is inflation targeting?

Why it is good?

Inflation targeting puts too much weight on inflation relative to other goals. Central Banks Start to Ignore More Pressing Problems. Inflation target reduces “flexibility”. It has the potential to constrain policy in some circumstances in which it would not be desirable to do so.

Inflation targeting has been successfully practiced in a growing number of countries over the past 20 years, and many more countries are moving toward this framework. Over time, inflation targeting has proven to be a flexible framework that has been resilient in changing circumstances, including during the recent global financial crisis. Individual countries, however, must assess their economies to determine whether inflation targeting is appropriate for them or if it can be tailored to suit their needs. For example, in many open economies, the exchange rate plays a pivotal role in stabilizing output and inflation. In such countries, policymakers must debate the appropriate role of the exchange rate and whether it should be subordinated to the inflation objective.

Context: The government of India has announced that the first tranche of Sovereign Gold Bond scheme for the current year 2018-19 will shortly be opened for subscription.

About the Sovereign Gold Bond Scheme:

The sovereign gold bond was introduced by the Government in 2015. While the Government introduced these bonds to help reduce India’s over dependence on gold imports, the move was also aimed at changing the habits of Indians from saving in physical form of gold to a paper form with Sovereign backing.

Eligibility: The bonds will be restricted for sale to resident Indian entities, including individuals, HUFs, trusts, universities and charitable institutions.

Denomination and tenor: The bonds will be denominated in multiples of gram(s) of gold with a basic unit of 1 gram. The tenor will be for a period of 8 years with exit option from the 5th year to be exercised on the interest payment dates.

Minimum and Maximum limit: The minimum permissible investment limit will be 1 gram of gold, while the maximum limit will be 4 kg for individual, 4 kg for HUF and 20 kg for trusts and similar entities per fiscal (April-March) notified by the government from time to time.

Joint Holder: In case of joint holding, the investment limit of 4 kg will be applied to the first applicant only.

Collateral: Bonds can be used as collateral for loans. The loan-to-value (LTV) ratio is to be set equal to ordinary gold loan mandated by the Reserve Bank from time to time.

Context: With an aim to prepare a road map and fast-track the implementation of unmanned aerial vehicle (UAV) technology, or drones, in the country, the Centre has announced setting up of a 13-member task force headed by Minister of State for Civil Aviation Jayant Sinha.

That drones have tremendous practical applications can no longer be disputed. Some of India’s startups are revolutionising drone applications in areas as diverse as disaster management, precision agriculture and crop insurance, mining, infrastructure projects, and land records. The increasing use of drone-enabled solutions by various state departments and ministries — such as the railways, surface transport, power, and law enforcement — further validates their efficacy. Yet, the Indian regulatory approach has been unfriendly thus far towards drone innovations and applications.

Draft Regulation on Civil Use of Drones Announced:

The Directorate General of Civil Aviation, in November 2017, announced draft regulations on civil use of Remotely Piloted Aircraft Systems, commonly known as Drones.

Flying drones safely in India will require research and development to understand how they can be best used in India’s unique landscape. Such R&D occurs best in a market-oriented environment, which will not happen unless civilian drone use is permitted. Building profitable companies around drone use can be complicated when the core business model is illegal.

For Mains: Drones- civil and military uses, their regulation- need and challenges. 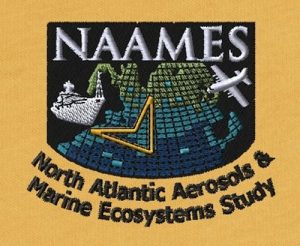 Context: In a first, NASA is conducting a study of the world’s largest phytoplankton bloom in the North Atlantic, named the North Atlantic Aerosols and Marine Ecosystems Study (NAAMES) mission, to see how the tiny sea critters influence the climate in every season.

The North Atlantic Aerosols and Marine Ecosystems Study (NAAMES) studies the world’s largest plankton bloom and how it gives rise to small organic particles that leave the ocean and end up in the atmosphere, ultimately influencing clouds and climate.

The North Atlantic plankton bloom is among the most conspicuous biological events annually recorded by satellite ocean color measurements, yet even fundamental controls on the bloom’s magnitude and interannual variability are controversial. The bloom climax is one event within an annual plankton cycle that essentially oscillates between a decreasing-biomass phase beginning in the summer and an increasing-biomass phase beginning in Winter-Spring and ending with the bloom climax in Spring.

NAAMES is a five year investigation to resolve key processes controlling ocean system function, their influences on atmospheric aerosols and clouds and their implications for climate. Observations obtained during four, targeted ship and aircraft measurement campaigns, combined with the continuous satellite and in situ ocean sensor records, will enable improved predictive capabilities of Earth system processes and will inform ocean management and assessment of ecosystem change. 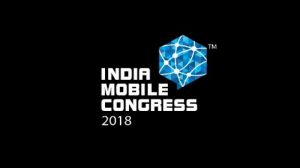 Context: India Mobile Congress will be held in October 2018, at Aerocity, New Delhi.

About IMC: The India Mobile Congress 2018, hosted by the Department of telecommunications and the Cellular Operators Association of India (COAI), is an excellent platform for policy makers, industry and regulators to engage in meaningful deliberations to drive the future direction of this important sector.