Context: To commemorate the launch of Champaran Satyagraha over a century ago on 10th April, 1917, Ministry of Drinking Water and Sanitation, in coordination with the Government of Bihar, is working to spread the message of Swachhata across the country by initiating the “Satyagraha se Swachhagraha” campaign.

Under the campaign, Swachhagrahis from different parts of the country were invited to Bihar, where they worked with 10,000 Swachhagrahis from Bihar to “trigger” behaviour change throughout the 38 districts of the State and build momentum of the jan andolan further.

In Rural India, this would mean improving the levels of cleanliness through Solid and Liquid Waste Management activities and making villages Open Defecation Free (ODF), clean and sanitised.

About the Champaran Satyagraha:

In June 1917, the British administration declared the formation of a formal inquiry committee with Gandhi aboard. The Government accepted almost all its recommendations. The principal recommendation accepted was complete abolition of Tinkathia system. It was a major blow to the British planters who became resentful. But they could not prevent the passage of Champaran Agrarian Act in Bihar & Orissa Legislative Council on March 4, 1918.

Right to convert is part of fundamental right of choice

Context: The Supreme Court has held that a person’s right to choose a religion and marry is an intrinsic part of her meaningful existence. Neither the State nor “patriarchal supremacy” can interfere in her decision.

The observations are part of the 61-page reasoned judgment published by the Supreme Court in the case of Hadiya, a 26-year-old Homeopathy student who converted to Islam and married a Muslim man. The case first gained attention as a case of forced conversion.

Important observations made by the court (Key points for mains):

Article 25 states that subject to public order, morality and health, and to the other fundamental rights guaranteed in the Constitution, all persons are equally entitled to “freedom of conscience and the right freely to profess, practise and propagate religion.”

The word “propagate” mean “to transmit or spread one’s religion by an exposition of its tenets,” but does not include the right to convert another person to one’s own religion. It has to be remembered that Article 25(1) guarantees ‘freedom of conscience’ to every citizen, and not merely to the followers of one particular religion and that, in turn, postulates that there is no fundamental right to convert another person to one’s own religion because if a person purposely undertakes the conversion of another person to his religion, as distinguished from his effort to transmit or spread the tenets of his religion, that would impinge on the ‘freedom of conscience’ guaranteed to all the citizens of the country alike. 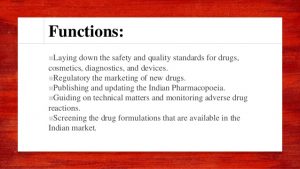 Context: The Union Health Ministry has banned over-the-counter sale of around 14 creams containing steroids and antibiotics under the Schedule H category by making amendments to certain Drugs and Cosmetics Rules, 1945.

The decision was made following consultation with the Drugs Technical Advisory Board which recommended a ban on the sale of such creams without prescription and had also submitted their recommendations to the Central Drugs Standards Control Organisation.

The move comes in the wake of dermatologists’ complaints that pharmaceutical companies were selling steroid-based creams and ointments without medical guidance.

What are Schedule H drugs?

Schedule H is a class of prescription drugs listed under Drugs and Cosmetics Rules, 1945 which governs manufacture and sale of all drugs in India. These drugs cannot be purchased over counter without the prescription of a doctor.

Topic: mechanisms, laws, institutions and bodies constituted for the protection and betterment of these vulnerable sections. 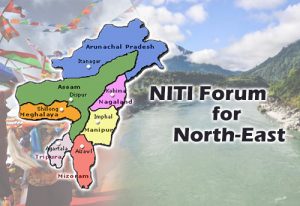 Context: The first meeting of Newly constituted NITI Forum for North East was recently held in Agartala, Tripura. The meeting was chaired by the Vice-Chairman, NITI Aayog.

Strategies for improving Road, Rail and Air Connectivity in the North East Region, improvements in agriculture and allied sectors, water management were some of the key focus area during the meeting.

About NITI Forum for Northeast:

Context: Eleven public sector banks have been brought under the central bank’s Prompt Corrective Action (PCA) framework with an aim to check NPAs. This comes months after the central government had allocated capital of Rs 52,311 crore to 11 “weak banks” to maintain their minimum capital requirement.

What are the types of sanctions?

Small and medium enterprises will have to bear the brunt due to this move by RBI. Since the PCA framework restricts the amount of loans banks can extend, this will definitely put pressure on credit being made available to companies especially the MSMEs. Large companies have access to the corporate bond market so they may not be impacted immediately. It has been predicted that if more state-owned banks are brought under PCA, it will impact the credit availability for the MSME segment. 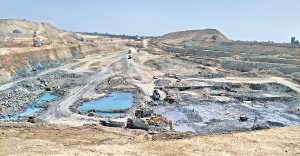 The Kaleshwaram project is an off-shoot of the original Pranahitha-Chevella Lift Irrigation Scheme taken up by the Congress government in 2007 when Andhra Pradesh was not divided. After the formation of Telangana in 2014, the TRS government redesigned the project on the ground that the original plan had too many environmental obstacles and had very low water storage provision — only about 16.5 tmc ft.

After conducting a highly advanced Light Detection and Ranging (LiDAR) survey for a couple of months, the government separated the original component serving the Adilabad area as the Pranahitha project and renamed the rest as Kaleshwaram by redesigning the head works, storage capacity and the canal system based on the data of availability of water at different locations along the course of the Godavari and its tributaries.

The Kaleshwaram project has provision for the storage of about 148 tmc ft with plans of utilising 180 tmc ft by lifting at least 2 tmc ft water every day for 90 flood days. The project is designed to irrigate 7,38,851 hectares (over 18.47 lakh acres) uplands in the erstwhile districts of Karimnagar, Nizamabad, Warangal, Medak, Nalgonda and Ranga Reddy.

According to engineers, KLIP has many unique features, including the longest tunnel to carry water in Asia, running up to 81 km, between the Yellampally barrage and the Mallannasagar reservoir. The project would also utilise the highest capacity pumps, up to 139 MW, in the country to lift water.

Context: An Indian-origin scientist in Australia has launched the world’s first microfactory that can transform the components from electronic waste items such as smartphones and laptops into valuable materials for re-use.

What is a microfactory? A microfactory is one or a series of small machines and devices that uses patented technology to perform one or more functions in the reforming of waste products into new and usable resources. The e-waste microfactory that reforms discarded computers, mobile phones and printers has a number of small modules for this process and fits into a small site.

Significance: The e-waste microfactory has the potential to reduce the rapidly growing problem of vast amounts of electronic waste causing environmental harm and going into landfill. It can also turn many types of consumer waste such as glass, plastic and timber into commercial materials and products.

Context: As per ACI’s World Airport Traffic Forecasts, the Indira Gandhi International (IGI) Airport, operated by the Delhi International Airport Ltd, has emerged as one of the busiest airports in the world and is in fact among the top 20.

About ACI: Founded in 1991 with the objective of fostering cooperation among its member airports and other partners in world aviation, ACI is the trade association of the world’s airports, currently serving 641 members operating from 1,953 airports across 176 countries.