The Union Government has been making efforts to document the endangered tribal and minor languages. There are several languages unknown to the world and waiting to be discovered and documented. India is also considered a linguists Paradise and termed a sociolinguistic giant.

Context: The Eighth Regional 3R Forum in Asia and the Pacific is being held in Indore. The event will see participation of around 40 mayors of cities around the world and mayors of more than 100 cities across India.

Ha Noi 3R Declaration: The Fourth Regional 3R Forum – held in Ha Noi, Viet Nam, in March 2013 – adopted the Ha Noi 3R Declaration ‐ Sustainable 3R Goals for Asia and the Pacific for 2013‐2023. It is a legally non-binding and voluntary document which aims to provide a basic framework for Asia-Pacific countries to develop measures and programs to promote 3Rs including a set of 3R indicators for monitoring specific progress.

Topic: Transport and marketing of agricultural produce and issues and related constraints.

Context: Uttarakhand’s second mega food park has been set up at Udham Singh Nagar. The park- M/s Himalayan Mega Food Park Private Ltd has been set up at a cost of Rs 99.96 crore and will benefit around 25,000 farmers in this as well as neighbouring districts. The first Mega Food Park in the state located at Haridwar has already become operational.

Context: Researchers have discovered a new class of antibiotics- Odilorhabdins.

Significance of the discovery:

Odilorhabdins is unique and promising on two fronts: its unconventional source and its distinct way of killing bacteria, both of which suggest the compound may be effective at treating drug-resistant or hard-to-treat infections.

According to the World Health Organization, antibiotic resistant is one of the biggest threats to global health today and a significant contributor to longer hospital stays, higher medical costs and increased mortality. 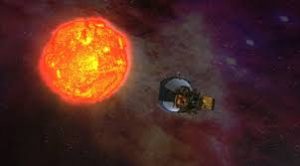 Context: Parker Solar Probe, which is humanity’s first mission to the Sun, has begun final preparations for its launch in July. After launch, it will orbit directly through the solar atmosphere – the corona – closer to the surface than any human-made object has ever gone.

About the Parker solar probe: 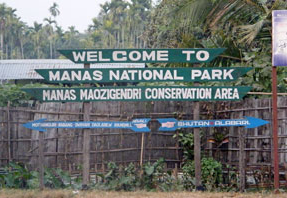 Context: Assam Spring Festival is being held at the Manas National Park where visitors will get to experience the state’s local food, music, handloom and handicrafts. The aim of the event is to promote the local food and culture of the fringe villagers. It is an attempt to create a model of alternative livelihood through food, handloom and culture.

Railway link between India and Nepal:

Context: India will build a strategic railway link between Raxaul in Bihar and Kathmandu in Nepal to facilitate people-to-people contact and bulk movement of goods.

Significance: The proposal to link Raxaul to Kathamandu gains significance as it comes nearly two years after China, in March 2016, agreed to construct a strategic railway link with Nepal through Tibet with an apparent aim of reducing Kathmandu’s dependence on India. It also comes in the backdrop of recent Chinese linkages with Nepal as it took on building three highways to be completed by 2020. 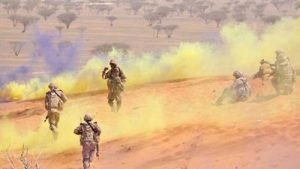 What is it? It is a joint military exercise between United Arab Emirates (UAE) and Malaysia. It is aimed at sharing expertise and enhancing joint military actions.

The drill was also aimed at raising the level of performance and combat efficiency and working together based on a strategy to improve the overall ability and combat readiness of the ground forces.

Sugar tax comes into effect in the UK:

Context: The sugar tax has come into force in the UK placing a levy on soft drink manufacturers. The money from the tax will go to the Department for Education.

What necessitated this move? The move aims to help tackle childhood obesity. Sugar-sweetened soft drinks are now the single biggest source of dietary sugar for children and teenagers.

Where else has it been tried? A similar scheme has been tried in a handful of Scandinavian countries as well as France and Hungary. Mexico and Norway have shown positive outcomes.

Context: The government has imposed anti-dumping duty on import of Phosphorus pentoxide from China to protect the domestic manufacturers from cheap shipments.