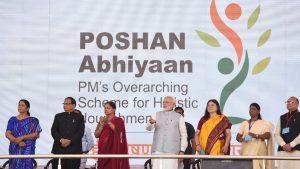 Context: The annual targets set under POSHAN Abhiyaan beginning 2017-18 are as under:

POSHAN Abhiyaan was launched on International Women’s day (March 8) in 2018 to boost nutrition among children and women.

About the IEF Ministerial meeting:

The International Energy Forum (IEF) is an inter-governmental arrangement set up in 1991.  It is based in Riyadh.

Functions: It serves as a neutral facilitator of informal, open, informed and continuing global energy dialogue among its members comprising of energy producing and energy consuming states, including transit countries.

Members: There are 72 membercountries of IEF, including India, covering all six continents, which are signatories to the Charter of the IEF. Its membership accounts for 90% of global supply and demand for oil and gas.

Energy security continues to top the political agenda for energy importing as well as exporting countries, for industrialized as well as developing economies. This time of heightened energy consciousness is also a time of uncertainties and increasing interdependencies among nations.

This has prompted some to re-think fundamental policies. And the policy tuning of one country to meet new challenges and to reduce its particular energy uncertainties can in itself exacerbate uncertainties or create new ones for others. Not least considering the interrelationship between energy, environment and economic development. As well as the links between energy and geopolitics. Global producer-consumer dialogue acquires increasing importance as nations revisit and modify established policies, and shape new ones, in their quest for energy security.

The world will need more and cleaner energy, used in a more efficient way, accessible and affordable to a larger share of the world’s population. The political challenge lies in operationalizing this energy imperative in a fair and sustainable way. Through national policies as well as in bilateral, regional and wider global co-operation.

Udan is a market-based policy intervention that builds on similar programmes in the US, Canada and Australia. It is also consistent with universal service approaches established for other network-based services such as railways and telecom.

Moreover, building connections to tier-2 and tier-3 cities also generates powerful network effects with many regional passengers transferring on to the national aviation network between tier-1cities. The Udan (Ude Desh ka Aam Naagrik) programme is designed to jump start the regional aviation market by improving the profitability of under-developed regional routes. It will strengthen the overall aviation network at a modest market-discovered price.

Context: The government’s National Investment and Infrastructure Fund (NIIF) is in talks with private equity firm Everstone Group for a tie-up to manage its Green Growth Equity Fund (GGEF).

For Prelims and Mains: NIIF and its significance.

Context: A Parliamentary Consultative Committee recently reviewed the activities of Bureau of Indian Standards (BIS) and laid emphasis on easy redressal mechanism of complaints, mandatory certification, enhancing consumer confidence through publicity and various other interactive measures. It also stressed on the effective implementation of the provisions of new BIS Act 2016.

Highlights of the act:

National standards body: The Act establishes the Bureau of Indian Standards (BIS) as the National Standards Body of India.

Compulsory certification: The Act has enabling provisions for the Government to bring under compulsory certification regime any goods or article of any scheduled industry, process, system or service which it considers necessary in the public interest or for the protection of human, animal or plant health, safety of the environment, or prevention of unfair trade practices, or national security.

Hallmarking: Enabling provisions have also been made for making hallmarking of the precious metal articles mandatory.

Authority for verification: The Act enables the Central Government to appoint any authority/agency, in addition to the BIS, to verify the conformity of products and services to a standard and issue certificate of conformity.

Repair or recall: There is also a provision for repair or recall, including product liability of the products bearing Standard Mark but not conforming to the relevant Indian Standard.

Topic: Awareness in the fields of IT. 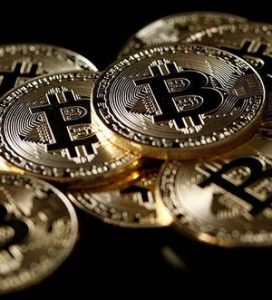 Context: The Reserve Bank of India (RBI) has asked banks to stop providing service to any entity dealing with virtual currencies, with immediate effect. It has also asked regulated entities that are already providing such services to exit the relationship within three months.

Widely seen as a disruption for the traditional banking and financial institutions, cryptocurrencies have gained significant traction over the last half a decade, at the same time creating a regulatory nightmare for banking regulators across the globe. At present, there are around 969 cryptocurrencies in existence across the globe, with a total market capitalisation close to 116 Billion USD.

What are virtual/ cryptocurrencies?

Founded as a peer-to-peer electronic payment system, cryptocurrencies enable transfer of money between parties, without going through a banking system. These digital payment systems are based on cryptographic proof of the chain of transactions, deriving their name, Cryptocurrency. These employ cryptographic algorithms and functions to ensure anonymity (privacy) of the users (who are identified by an alphanumeric public key), security of the transactions and integrity of the payment systems.

Regulation of these currencies:

The acceptability of cryptocurrencies as a legal instrument currently varies from country to country; while some are in the process of formulating laws and measures, others are yet to respond to this disruptive change. The burgeoning use of cryptocurrencies in terror financing, ransomwares, illicit drugs or arms trade and cybercrime has also raised red flags among the security and law enforcement agencies. They may well have the potential to displace the existing financial systems which enable electronic flow of money across different political boundaries. 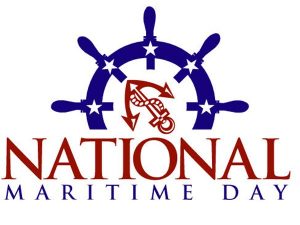