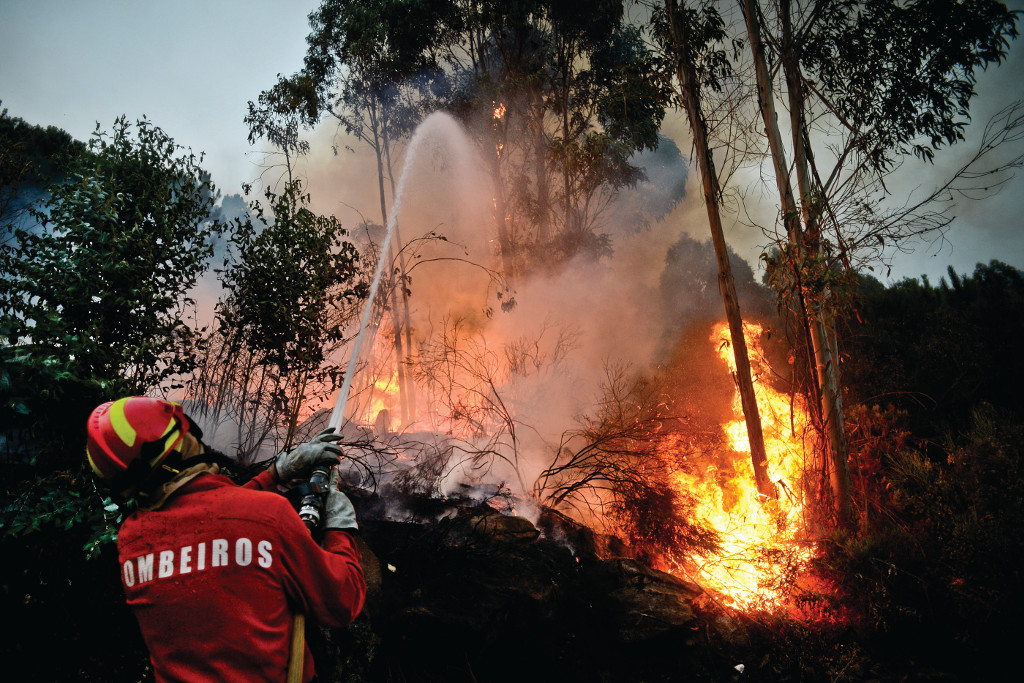 The recent wildfire tragedy in Theni in Tamil Nadu, in which 20 trekkers lost their lives, once again brings into focus forest fires in India.

This tragedy raises several other issues — of approaches in fighting fires and ways of mitigating damage.

This incident took place during forest fire season in the dry Western Ghats.

Forest Fire: The most common hazard in forest

Forests fires are as old as the forests themselves. They pose a threat not only to the forest wealth but also to the entire regime to fauna and flora seriously disturbing the bio-diversity and the ecology and environment of a region.

During summer, when there is no rain for months, the forests become littered with dry leaves which could burst into flames ignited by the slightest spark.

Natural causes such as lightning which set trees on fire. High atmospheric temperatures and low humidity offer favourable circumstance for a fire to start.

Man-made causes like flame, cigarette, electric spark or any source of ignition will also cause forest fires.

Traditionally Indian forests have been affected by fires. The problem has been aggravated with rising human and cattle population and the increase in demand for grazing, shifting cultivation and Forest products by individuals and communities.

High temperature, wind speed and direction, level of moisture in soil and atmosphere and duration of dry spells can intensify the forest fires.

Forest fires are a major cause of degradation of India’s forests. Human-made forest fires in the Himalayan states of Uttarakhand and Himachal Pradesh have been a regular and historic feature. The Himalayan forests, particularly, Garhwal Himalayas witness major fire incidents.

Forests with chir pine are very prone to fire as they easily catch fire.

How does government get informed on Forest Fire?

When a fire is detected by NASA’s MODIS (Moderate Resolution Imaging Spectroradiometer) and VIIRS (Visible Infrared Imaging Radiometer Suite) satellites, the Forest Survey of India (FSI) analyses the data by overlaying the digitised boundaries of forest areas to pinpoint the location to the exact forest compartment.

The FSI relays news of the fire to the concerned State, so that the Divisional Forest Officer (DFO) in charge of the forest where the fire is raging is informed.

A few years ago, the time lapse between spotting the fire and the news reaching the DFO was five to six hours, but this has been reduced to about two hours recently.

The frequency of the two satellites orbiting the earth has also been increased from twice daily to once in three hours.

News of the fire would also reach from guards on watchtowers and on patrol. The DFO decides whom to deploy.

Impacts of Forest Fires on Environment

Fires are a major cause of forest degradation and have wide ranging adverse ecological, economic and social impacts.

What are the different methods practiced to contain Forest fires?

Helicopters or aeroplanes or ground-based personnel spray fire retardant chemicals, or pump water to fight the blaze. This is very expensive and usually not practiced in India.

The second is to contain the fire in compartments bordered by natural barriers such as streams, roads, ridges or fire lines. A fire line is a line through a forest which has been cleared of all vegetation. Once the blaze has burnt out all combustibles in the affected compartment, it vanishes out and the neighbouring compartments are saved.

The third is to set a counter fire. The counter fire rushes towards the wildfire, leaving a stretch of burnt ground. As soon as the two fires meet, the blaze is extinguished.

The fourth approach is to have enough people with leafy green branches to beat the fire out. This is mostly practised in combination with fire lines and counter fires.

The lack of oxygen in the immediate vicinity of tall flames can cause breathlessness due to asphyxiation. Dehydration is also an issue when fighting flames more than a metre high.

Traditional methods of fire prevention are not proving effective and it is now essential to raise public awareness on the matter, particularly among those people who live close to or in forested areas.

Forest fires are usually seasonal. They usually start in the dry season and can be prevented by adequate precautions.