1) Which of the following statements is/are correct regarding Monetary Transmission?

Select the correct answer using the code given below

2)Which of the following services are accounted in the Gross Domestic Product of a country?

Select the correct answer using the codes given below

What is not included in GDP
Intermediate goods, second hand sales and two others-

3). With reference to Effective Revenue Deficit; consider the following statements:

Which of the statements given above is/are correct?

Assertion (A): In the agricultural lending mechanism of India, moneylenders despite their usurious rates of interest are still predominant.

Reason (R): Most often the commercial banks could not meet the target of 18% of their total lending for the agricultural sector in the country.

Select the appropriate answer using the codes below: 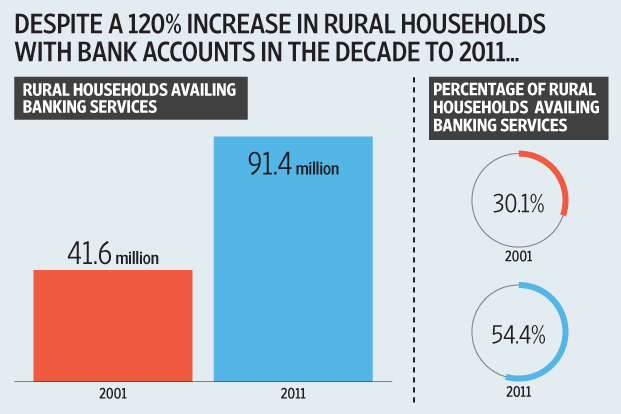 5). Which of the following is/are Government of India debt obligations?

In economics, the monetary base (also base money, money base, high-powered money, reserve money, outside money, central bank money or, in the UK, narrow money) in a country is defined as the portion of a commercial bank’s reserves that consist of the commercial bank’s accounts with its central bank plus the total currency circulating in the public, plus the currency, also known as vault cash, that is physically held in the bank’s vault. Thus reserve money is not a debt obligation for the government.

7). What is the relationship between savings, investments and growth as enumerated in the economic survey?

b) Growth slowdowns are preceded by investment slowdowns

d) Growth has limited bearing on savings and investment

The economic survey says that investment rate is much more significant for growth. The savings rate correlation to economic growth is not that significant. It says that growth slowdowns have been preceded by investment slowdowns.

a) To support human rights

b) To highlight gender issues against backdrop of development

9). Which of the following doesn’t belong to the 10 facts pointed by Economic Survey 2017:

a) Formal non-agricultural payroll much greater than believed

10). What do we understand by the term food credit in India?

a) Loans given to farmers

b) Loans given to poor families in distress

c) Loans given to FCI for procurement operations

The Credit/Loan provided by the nationalised banks to the FCI (Food Corporation of India) is known as food credit.  It is used for procurement of food grains by FCI and is a part of the Gross Bank Credit

11). Special Safeguard mechanisms were put into place to get rid of NPAs in which sector:

Special safeguard mechanism includes dumping, infant industry and countervailing duties. They are a mechanism under WTO and were used largely in the steel sector. It was also primarily targeted at cheap imports from China.

12).  What was response of Public Sector Banks in wake of Twin Balance Sheet problem?

d) Neither of the above

Banks faced shortage of capital to give adequate credit and also high cost of operations and stress assets led to higher costs for all sections of the society.

13). Which of following constitute future fiscal challenges for the states?

c) All are correct

d) None are correct

Flexi funding is a good thing and not a challenge but an opportunity for states. Rest will put additional fiscal burden on the performance of state governments.

14). Which factors provided impetus to the impressive fiscal performance by the states?

All of them improved fiscal performance by state governments. Perhaps it is high time state governments use these opportunities to enable a better living standard for their population in terms of health, education and other schemes.

15). Consider the following statements regarding fiscal consolidation in India:

d) Neither of the above

This was done to avoid high debt service ratios and greater revenue deficits. Also the interest burdens was becoming too much to bear.

Reason (R) : It would be easier to scale back discretionary spending, if needed to achieve the deficit targets.

c) A is true but R is false

d) A is false but R is true

States could role back discretionary spending when needed and therefore failed to go for long term improvements in health and education policies.

17). Assertion: During the mid-2000s debt of the companies increased.

c) A is true but R is false

d) A is false but R is true

Indian companies expanded aggressively before the recession and got stuck with surplus capacity and slowing global economy. The financial crises also made access to working capital tougher.

18) which of the following about RBI governor is incorrect:

b) He heads the MPC

c) He represents India in IMF

d) He is having casting vote in MPC

India is represented by an executive director in the IMF. Currently Subir Gokaran is responsible for representing India. He was the Deputy governor of RBI.

19). Graded surveillance system is in the news in the context of:

a) Abnormal rise in Non-performing assets of Public Sector Banks

b) Detection of various shell companies and money laundering

d) Detection of various frauds in the banking system

It was introduced by SEBI to check for fraudulent practices. It also issued a notification that if such price movements were found the companies would be classified as shell companies and money laundering provisions could be initiated against such companies.

Which of the above statements are true:

NBFCs cannot outsource core management functions only. But they are allowed to outsource other aspects. Deposit insurance has been discussed under FRDI bill but still not passed in the parliament.

21) After Doklam stand-off between India and China, other than Nathu La Pass the most favourable route for Indian piligrims to Kailash-Mansarovar is

Which of the following is correct?

Which of the following is/are correct?

24) Consider the following statements regarding International court of Justice.

Which of the following is/are correct?

d) None of the above.

TIR convention will boost Indian trade with Central Asian countries and neighboring countries. It is considered as India’s counter to China’s OBOR project. It also includes maritime transport but at least a part of transport should be through roadways