Topic: Indian culture will cover the salient aspects of Art Forms, Literature and Architecture from ancient to modern times; Modern Indian history from about the middle of the eighteenth century until the present- significant events, personalities, issues

1) Examine the role played by the British in rediscovering India’s history. (250 Words)

Important question similar to few asked by UPSC previously in Mains. This question is based on combination of two topics from the syllabus – which is again a trend in previous UPSC papers.

Direct question. Examine what role important Britishers played in rediscovering India’s past – mainly in the 19th and 20th centuries.

In the introduction, write 1-2 line stating that while they plundered, the British also helped discover and to an extent preserve India’s history.

In the body, divide answer either temporally (based on timeline), spatially or personalities-wise(important discoverers) . Under each sub-heading, write 2-3 points with examples.

In the conclusion, how re-discovering history and preserving is a continuous job and lessons (if any) present generations should learn from these Britishers.

Topic:  Indian culture will cover the salient aspects of Art Forms, Literature and Architecture from ancient to modern times;

2) Compare and contrast architectural features of temple structures of Ellora and Mahabalipuram. (250 Words)

This question combines tow topics from the list. These types of questions test your conceptual clarity of two different topics and ability to compare them.  UPSC has asked similar questions previously.

Compare and contrast– you should identify both similarities and dissimilarities between two types of architecture.

In the introduction, write how both styles, though rock-cut, are influenced by different traditions and reflect the same.

In the body, write comparisons and contrasts in a table format. You should identify 5-6 broad features such as rock type, form, style, influence, themes etc. Don’t write about who built and all (not required)

In the conclusion just write a line about grandeur  of these temples and need for preservation. Or write any related conclusion.

TIP: In these types of question, don’t scratch head over good introductions and conclusions. Write 1-2 topic related line and focus more on body.

3) A more robust and transparent admission system would not only lend credibility to the selection process, but it would also ensure quality. In the light of the fact that there exists multiple exams and application processes for higher education, discuss the statement. (250 Words)

It’s in news thanks to exams season. This issue is important from education reforms point of view.

Discuss: Examine various dimensions of this issue and discuss them.

In the introduction write in 2-3 lines importance of providing quality higher education and significance of measures such as transparent and streamlined admission process in this regard.

In the body, divide answer into 4-5 dimensions: admission system, application process, interview process, etc. For each dimension, give example.

In the conclusion, write in 1-2 lines about the need for other reforms such as curriculum, teacher training, funding etc make education system robust in the interest of harnessing demographic dividend.

4) Bioenergy is the largest used renewable energy source in the world. Discuss the progress made in the use of bioenergy and challenges presented by bioenergy to food security. (250 Words)

Very important concept that combines two topics in the syllabus. Important for Mains.

First, discuss types of bioenergy and progress made in its use. Second, how bioenergy is posing challenges to food security.

Discuss:  question itself has two dimensions, in addition briefly discuss other dimensions such as suggestions etc.

In the introduction write 2-3 lines about the paradox of having hunger on one side and need for finding cleaner fuels to mitigate climate change.

In the body, there should be TWO mains part: one to discuss progress made in bioenergy – types, their magnitude etc. In the Second part, write about challenges posed by bioenergy to food security around the world. Write about India related points too. Here, in the second part, divide it further into sub-categories such as impact on food prices, land use, environment, cropping pattern etc.

In the conclusion, write on the need for prioritising food over fuels. Or write any other thoughtful conclusion.

TIP: Data is very important in these kind of questions. Collect data related toe energy, hunger etc and try to correlate them.

Progress made so far:-

5) Examine the key findings, recommendations and relevance of the National Commission on Farmers. (250 Words)

Very important concept to learn. It’s often in news whenever there is debate on agrarian crisis.

Examine: inspect what’s already there. However, in relevance part, you should present facts from current affairs to support its relevance.

In the introduction write in 1-2 lines about timelessness of Dr Swaminathan’s report in the Indian context. Write a line on need for implementing its recommendations.

In the conclusion, write about the political will (need for it to implement recommendations). Or sarcastically write a line such as need writing off farmers loan rather than rich corporate’s debts.

6) What are persistent organic pollutants and what dangers they pose to health and environment? Also write a brief note on recently notified new Regulation of Persistent Organic Pollutants (POP) Rules, 2018. (250 Words)

Very good concept to learn and it’s in news.

Direct question – what are POPs, dangers they pose to health and environment, brief note on new rules (what’s there in these rules and significance)

In the introduction write in 1-2 lines about Stockholm Convention, dangers of POP (major danger) and need for strictly implementing new rules in India.

In the body, in THREE parts, address demand of the question (What are POPs, their dangers and brief note on POP rules 2018). Under the Second part, divide into Health and Environment parts.

In the conclusion, write why fight against pollution is a battle on many fronts. Also how addressing pollution will lead to netter health and environment for a healthy living.

Features of the bill :-

7) Do you think the public service values and the Code of Ethics should be given a statutory backing? Justify.(150 Words)

ARC has recommended this step. It’s important in the larger context of civil services reforms in India.

Justify:  Through various reasonings, defend why you have taken a specific stance.

Write an introduction on the need for inculcating public service values in public servants and how India has failed to do so. Then write a line stating your opinion (should these be part of legislation or not)

In the body, first define what’s public service values and code of ethics (with examples).

Then, once again state your opinion and start defending it. There should be at least 5-6 good points. Start with ARC recommendation. You can refer to ARC Here(285-287) for more points. Also use your own arguments. Give current examples which have necessitated giving code of ethics statutory backing.

In the conclusion write in 1-2 lines about complimenting this step with other reforms related to recruitment, training etc.

TIP: In GS-4 answers, examples are extremely important. On day to day basis, note down any interesting example from newspapers to quote in ethics answers.

requisite if the citizenry is to trust the public service. However in the recent years there have been instances like cheating by an IPS probationer in the exam, senior IAS officers arrested in different states  highlights the bureaucratic politico nexus, nepotism, corruption in the elite service. 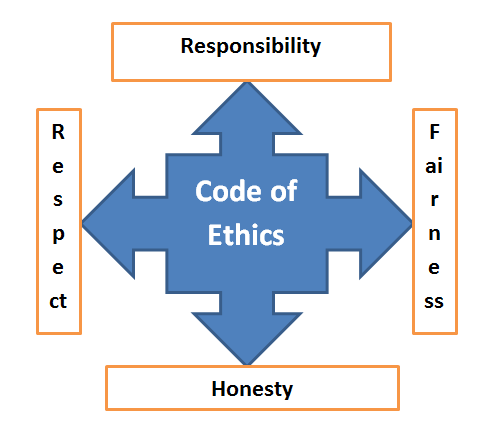 Why they should be given statutory backing :-

However statutory backing alone would not be enough to instigate moral ethics in people. For instance imposing law on prohibition does not exactly lead to reduction of consumption but leads to illegal activities like bootlegging etc.

In a diverse country like India civil servants are involved in diverse work portfolio so law needs to be supported by the strong ethical principles of the person then only good governance can be guaranteed.