Context: The Kerala State Commission for the Protection of Child Rights has registered a suo motu case in connection with the Kuthiyottam ritual. The commission said it would examine if the ritual, reportedly involving piercing children’s sides with a hook, violated child rights in any manner.

The Kuthiyottam ritual is usually performed every year during the Pongala festival at the Attukal Bhagavathy Temple in Thiruvananthapuram, Kerala.

The Attukal Pongala festival is the largest congregation of women for a festival in the world. Pongala, which means ‘to boil over’, is a ritual in which women prepare a pudding made from rice, jaggery, coconut and plantains cooked together, and offer it to the goddess. The ritual can only be performed by women.

Nearly 1,000 young boys undertake a seven-day penance before Pongala day. These boys are said to represent the wounded soldiers of the goddess. The boys have to observe strict discipline and stay inside the temple for seven days. The rigours include sleeping on the floor, strict diet restrictions, and bathing three times a day. They also have to prostrate 1,008 times before the deity. The ritual also reportedly involves piercing the child’s side with a small hook and knotting a thread through it to symbolise their bond with the Goddess. Context: A winter storm – also known as a “bomb cyclone” –has slammed into the northeast United States. The storm has roughly 80 million people along its path, with 22 million of those affected by a coastal flood warning.

What is a Bomb cyclone?

The term is used by meteorologists to indicate a mid-latitude cyclone that intensifies rapidly. A bomb cyclone happens when atmospheric pressure in the middle of the storm drops at least 24 millibars over 24 hours, quickly increasing in intensity. The lower the pressure, the stronger the storm.

Deep drops in barometric pressure occur when a region of warm air meets one of cold air. The air starts to move and the rotation of the earth creates a cyclonic effect. The direction is counterclockwise in the Northern hemisphere leading to winds that come out of the northeast.

What’s the difference between hurricanes, cyclones and typhoons?

Hurricanes, cyclones and typhoons are all tropical storms. They are all the same thing but are given different names depending on where they appear. When they reach populated areas they usually bring very strong wind and rain which can cause a lot of damage. 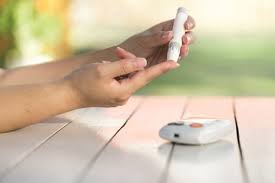 Context: Scientists have unveiled a revised classification for diabetes. There are five distinct types of diabetes that can occur in adulthood, rather than the two currently recognised.

Currently, the disease is divided into two sub-types:

With type-1 — generally diagnosed in childhood and accounting for about 10% of cases — the body simply doesn’t make insulin, a hormone that helps regulate blood sugar levels.

For type-2, the body makes some insulin but not enough, which means glucose stays in the blood. This form of the disease correlates highly with obesity and can, over time, lead to blindness, kidney damage, and heart disease or stroke.

The new clusters are:

People with diabetes have excessively high blood glucose, or blood sugar, which comes from food. Some 420 million people around the world today suffer from diabetes, with the number expected to rise to 629 million by 2045, according to the International Diabetes Federation.

This is the first step towards personalised treatment of diabetes. This discovery could lead to better treatments and help doctors more accurately predict life-threatening complications from the disease.

Diabetes, often referred to by doctors as diabetes mellitus, describes a group of metabolic diseases in which the person has high blood glucose (blood sugar), either because insulin production is inadequate, or because the body’s cells do not respond properly to insulin, or both.

Today, Diabetes has become a major public health concern in India. According to the International Diabetes Federation, over 66 million people in India live with this metabolic disease; an almost equal number has pre-diabetes which is an immediate precursor to diabetes. It is predicted that by 2030 diabetes mellitus may afflict up to 79.4 million individuals in India.

India currently faces an uncertain future in relation to the potential burden that diabetes may impose upon the country. If this continues unchecked, an already overloaded and inefficient health system will run out of solutions. Many influences affect the prevalence of diabetes throughout a country, and identification of those factors is necessary to facilitate changes in the healthcare system. The 50 crore beneficiaries will be classified into four tiers.

Need for a social security scheme:

India’s total workforce stands at around 500 million. A little over 10% of this is in the organised sector, where workers enjoy social security of some sort under EPFO and ESIC. But a major portion of the total workforce is still in the unorganised sector, where workers do not often get even the minimum wage and lack any kind of social security cover.

Context: The ‘Global Status Report 2017: Towards a zero-emission, efficient, and resilient buildings and construction sector,’ published by the United Nations Environment Programme (UNEP), has listed the Energy Management Centre (EMC), an autonomous institution under the Kerala government campus, as one of the recent achievements in the deployment of key technologies for energy-efficiency in buildings.

The EMC campus uses daylighting controls, CFC-free heating, ventilation and cooling systems, along with a halogen-free fire-fighting system. Solar reflectance index coating, combined with high-albedo painting and turbo-vents for passive cooling, has been used, and tropical rainforest trees help create cool surroundings. Only certified green construction materials, recycled wood boards, low-emitting paints and adhesives, and green-plus certified carpets have been used. Built with assistance from the Global Environment Fund, the EMC campus is the only LEED Gold certified building in the government sector in Kerala.

EMC is the only one from India to figure in the list, along with five other projects worldwide. The other five projects recognised by the UNEP include the Sierra Crest development in Fontana, California, the Association of Nubian Vaults in Sub-Saharan Africa, a construction and demolition waste recycling project in Paris, the Palm Tree eco-development project in Hanoi, Vietnam, and the Higashi-Matsushima Smart ecotown in northern Japan.

Need for energy efficiency in buildings:

Building-related carbon emissions have been rising by around 1% per year since 2010, and more than four million deaths are attributable to illness from household air pollution. India, Bangladesh and Russia have signed a tripartite memorandum of understanding (MoU) for cooperation in the construction of the Rooppur nuclear power plant in Bangladesh.

Russia is building the nuclear power plant in Bangladesh on a turnkey basis. Indian companies can be involved in construction and installation works and in the supply of equipment of a non-critical category. 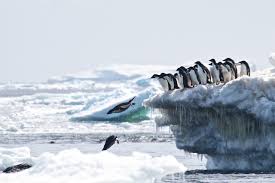 Context: Scientists have announced the discovery of a previously unknown “supercolony” of more than 1,500,000 Adélie Penguins in the Danger Islands, a chain of remote, rocky islands off of the Antarctic Peninsula’s northern tip.

Context: The Karnataka government recently inaugurated the world’s largest solar park, Shakti Sthala. It is located in Tumkur district, about 180km from Bengaluru. The park ties in with the centre’s scheme to generate 100 gigawatts (GW) of solar power by 2020. It has a capacity of 2,000 MW.

It is part of the “Karnataka Solar Policy 2014-2021” which aims to decrease dependence on traditional power sources and move to environmentally friendly ones to meet the growing power needs of the state.