Context: The Union Cabinet has approved the proposal for establishment of National Financial Reporting Authority (NFRA). The decision aims at establishment of NFRA as an independent regulator for the auditing profession which is one of the key changes brought in by the Companies Act, 2013.

What is it? National Financial Reporting Authority (NFRA) is a body proposed in Companies Act 2013 for the establishment and enforcement of accounting and auditing standards and oversight of the work of auditors.

Functions: It would be an overarching watchdog for auditing profession and once set up, the current powers of the ICAI to act against erring chartered accountants will be vested with the new regulator. The NFRA will have powers to debar an erring auditor or auditing firm for up to ten years besides slapping heavy penalties.

Jurisdiction: The jurisdiction of the NFRA will extend to all listed companies as well as large unlisted public companies. Besides, the government can refer other entities for investigation by the NFRA where public interest would be involved.

Composition: The regulator will have 15 members, including a chairperson and three full-time members. Besides, there would be a secretary.

The need for establishing NFRA has arisen on account of the need felt across various jurisdictions in the world, in the wake of accounting scams, to establish independent regulators, independent from those it regulates, for enforcement of auditing standards and ensuring the quality of audits to strengthen the independence of audit firms, quality of audits and, therefore, enhance investor and public confidence in financial disclosures of companies.

The decision is expected to result in improved foreign/domestic investments, enhancement of economic growth, supporting the globalisation of business by meeting international practices, and assist in further development of audit profession. Context: Expressing concern over the increase in the import of ornamental fishes to the country, which is posing a threat to India’s native fish populations, the National Biodiversity Authority (NBA) has urged the government to come up with quarantine facilities at major seaports and airports.

The government of India has only approved the import of 92 species of ornamental fish but the number of ornamental fish species being imported and in trade is somewhere between 200-300. The huge market for Invasive Alien Species (IAS) is turning out to be major threat to India’s aquatic biodiversity. Several studies have disclosed the occurrence of exotic ornamental fish in many inland aquatic systems, including biodiversity-sensitive areas such as the Western Ghats.

Under the Centre for Biodiversity and Policy and Law (CEBPOL), the NBA is trying to bring out a national list of IAS. So far, no attempt has been made by any scientific organisation to have a national IAS list across different categories. The list will be put made available on a public platform and will be communicated to different Ministries and stakeholders.

The announcement by NBA assumes significance as scientists and experts in the country are still divided over the number of IAS and their economic and ecological impact.

Facts for Prelims: CEBPOL is a bilateral collaboration between the Indian and Norwegian governments, and focuses on biodiversity policies and laws.

While the number of publications on IAS has increased over the past few years, there has been no coordinated effort for the management of IAS. Statisticians and biologists need to come together for distribution mapping and the application of statistical approaches in the management of IAS. Besides legislative measures, there is the need for educating and creating awareness among Customs officials at airports and seaports. Most of the fish are imported from southeast Asian countries.

The National Biodiversity Authority (NBA) was established by the Central Government in 2003 to implement India’s Biological Diversity Act (2002). The NBA is a Statutory Body and it performs facilitative, regulatory and advisory functions for the Government of India on issues of conservation, sustainable use of biological resources and fair and equitable sharing of benefits arising out of the use of biological resources. 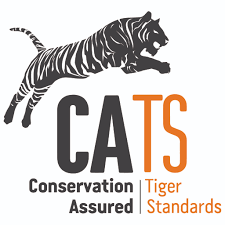 CA|TS is a set of criteria which allows tiger sites to check if their management will lead to successful tiger conservation. CA|TS is organised under seven pillars and 17 elements of critical management activity. Officially launched in 2013, CA|TS is an important part of Tx2, the global goal to double wild tiger numbers by the year 2022.

HOW DOES CA|TS WORK AND WHO IS USING IT?

Sites taking part will initially be ‘registered’ (standards not yet attained) then, when all required standards are met, ‘approved’ (standards achieved). An approved site has achieved excellence in tiger site management. Sites are evaluated through an assessment and independent review process.

Of the 13 tiger range countries Nepal, India, Bangladesh and Russia have registered and rolled out CA|TS, whilst discussion is ongoing with Bhutan, Indonesia, Thailand, Malaysia and China.

Protected areas are a good strategy for retaining forest cover, however their role in protecting wildlife depends on the quality of management. Many studies show that tiger numbers can continue to decline in protected areas, particularly due to bushmeat (tiger prey) hunting or the poaching of tigers themselves for trophies, traditional medicines and other illegal activities.

Until CA|TS, there has not been a set of criteria which not only provide clarity on management of tiger sites, but also encourage further development and sharing of best practice across the tiger range countries. Context: The Union Cabinet has approved the proposal of the Ministry of Finance to introduce the Fugitive Economic Offenders Bill, 2018 in Parliament. The bill aims to tighten the noose on the wilful defaulters who tends to abscond the nation to evade the clutches of the law. Context: The Western Naval Command of the Indian Navy has concluded a large scale operational exercise named ‘Paschim Leher’ in the Arabian Sea.

Context: Phirangipuram is all to be Andhra Pradesh’s first all-women rail station. It will be a big step in addressing gender equality in the biggest public sector organisation in the country.

Key facts: It will be the third-of-its-kind railway station in the country after Jaipur’s Gandhi Nagar and Mumbai’s Matunga.