Salient features of SFOORTI Application are as below:

Freight traffic is the major source of revenue for Indian Railways. Only one-third of the 13000 trains running daily on IR are freight trains, but it accounts 65% of total revenue of IR. Railway Freight traffic is vital for economic and industrial progress of the country. 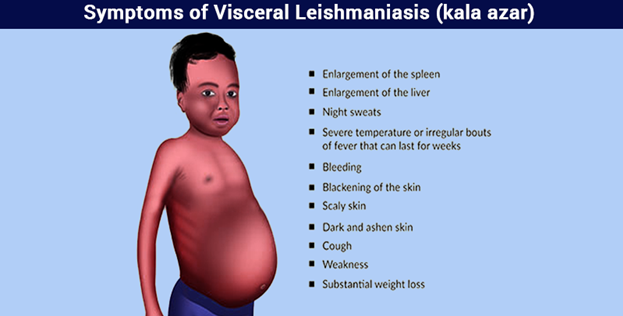 Context: India has missed the 2017 deadline that Finance Minister Arun Jaitley had announced for elimination of Kala Azar (black fever) in his Budget speech last year. In fact, endemic blocks have increased from 61 to 68 in 17 districts of Bihar and Jharkhand.

Kala-azar is endemic to the Indian subcontinent in 119 districts in four countries (Bangladesh, Bhutan, India and Nepal). This disease is the second-largest parasitic killer in the world. Elimination is defined as reducing the annual incidence of Kala Azar (KA) to less than 1 case per 10,000 people at the sub-district level.

What is it? Visceral leishmaniasis (VL), also known as kala-azar, black fever, and Dumdum fever, is the most severe form of leishmaniasis and, without proper diagnosis and treatment, is associated with high fatality.

Spread: Caused by protozoan parasites of the Leishmania genus. migrates to the internal organs such as the liver, spleen (hence “visceral”), and bone marrow

Signs and symptoms include fever, weight loss, fatigue, anemia, and substantial swelling of the liver and spleen. Space agency ISRO has successfully sent up a rocket carrying India’s 100th satellite along with 30 others, four months after failed launch. The Polar Satellite Launch Vehicle or PSLV lifted off from Sriharikota in Andhra Pradesh. Context: China has sent twin satellites into space on a single carrier rocket, as part of efforts to enable its BeiDou system to provide navigation and positioning services to countries along the Belt and Road by the end of 2018.

The BeiDou Navigation Satellite System is a Chinese satellite navigation system. BeiDou has been described as a potential navigation satellite system to overtake GPS in global usage, and is expected to be more accurate than the GPS once it is fully completed. The current third generation of BeiDou claims to reach millimeter-level accuracy (with post-processing), which is ten times more accurate than the finest level of GPS.

Context: Scientists are planning to launch a small telescope into the Earth’s orbit that will monitor the flares and sunspots of small stars to assess how habitable the environment is for planets orbiting them. The spacecraft is known as the Star-Planet Activity Research CubeSat, or SPARCS.

SPARCS is a new NASA-funded space telescope and will be launched in 2021. The mission, including spacecraft design, integration and resulting science, is led by Arizona State University’s School of Earth and Space Exploration (SESE).

Astronomers have discovered that essentially every M dwarf star has at least one planet orbiting it, and about one system in four has a rocky planet located in the star’s habitable zone. This is the potentially life-friendly region where temperatures are neither too hot nor too cold for life as we know it, and liquid water could exist on the planet’s surface.

Since M dwarfs are so plentiful, astronomers estimate that our galaxy alone contains roughly 40 billion rocky planets in habitable zones around their stars. This means that most of the habitable-zone planets in our galaxy orbit M dwarfs.

Context: NASA’s James Webb Space Telescope the world’s premier infrared space observatory of the next decade — has successfully completed critical testing in a massive thermal vacuum chamber, enabling it to function properly in the extremely cold and airless environment in space in 2019.

The James Webb Space Telescope (JWST) is the largest space telescope ever built. It is an international collaboration between of about 17 countries including NASA, European Space Agency (ESA) and the Canadian Space Agency (CSA). When it is launched in 2019, it will be the world’s biggest and most powerful telescope.

When it is launched into space it will be able to peer back in time 3.5 billion years, teaching us more than ever before about the start of the universe. The telescope will be used to look back to the first galaxies born in the early universe more than 13.5 billion years ago, and observe the sources of stars, exoplanets, and even the moons and planets of our solar system. 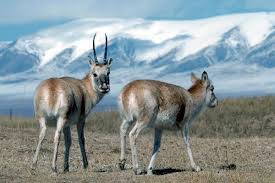 Context: India’s environment ministry has ruled out the possibility of conservation breeding of the Chiru goat, a ‘near threatened’ species whose underfur is used for making the famous Shahtoosh shawls.

Chiru goat, which is also known as the Tibetan antelope, has long been hunted for its underfur (Shahtoosh), which is renowned for its quality and has traditionally been transported to Srinagar, where it is woven into an extremely fine fabric used to make shawls.

Last year, the parliamentary standing committee on science & technology, environment & forests had recommended to the ministry of environment, forest and climate change (MoEFCC) to conserve and breed the Chiru goat, which can then be given to the shawl makers. The panel said this would provide a sustainable livelihood opportunity to the people of Jammu and Kashmir.

Why the government is not in favour of conservation breeding of Chiru goat?

In 2017, the Chiru goat species was assessed as ‘near threatened’ by the International Union for Conservation of Nature (IUCN) because their current population can only be maintained with continued high levels of protection in its natural range and strict controls on trade of the shawls made from its underfur. The government believes that any relaxation in the protection regime of the animal would lead to a rapid population decline due to commercial poaching.

Also, Chiru inhabits the high-altitude Tibetan plateau and requires large a expanse of land for its movement and ranging patterns to fulfil its feeding and breeding requirements. Rearing the goat in captivity is extremely difficult. Besides, any attempt to do conservation breeding of Chiru at very high altitude regions of Ladakh (more than 3,800m) may neither be economical nor feasible as humans cannot be posted there continuously for more than 2-3 months.

In a first, collegium selects woman advocate for SC judge: