Context: In a path breaking initiative to empower women, the ministry of Women & Child Development has launched an online portal NARI.

What is it? It is an online portal developed by the Ministry of Women and Child Development which will provide information to women on issues affecting their lives.

Aim: The portal aims to provide women citizens with easy access to information on government schemes and initiatives for women.

Details: The portal contains information about schemes being run by both Central as well as the States Governments. It provides links to the Ministries, Departments and autonomous bodies offering these schemes as well as easy access to online applications and grievance redressal.

Context: The 9th meeting of High Powered Review Board of Brahmaputra Board was recently held at Borgos, Kaziranga in Assam. The meeting was chaired by Sri Nitin Jairam Gadkari, Union Minister for Water Resources, River Development and Ganga Rejuvenation.

About the Brahmaputra Board:

What is it? The Brahmaputra Board is an autonomous statutory body which is responsible for preparation and implementation of plans related to flood management, erosion control, drainage management and water resource development in the Brahmaputra valley. The board was set up under the Ministry of Irrigation (later renamed as Ministry of Water Resources) as per the Brahmaputra Board Act 1980. The Board started functioning from January 11, 1982 and it’s headquarters are located at Guwahati, Assam.

Jurisdiction: The jurisdiction of the Board includes both the Brahmaputra and Barak Valley and covers all the States of the North Eastern Region, Sikkim and part of West Bengal falling under Brahmaputra river basin.

Funding: For it’s works and establishments, Brahmaputra Board is provided fund through grant-in-aid by the Central Government.

Composition: The Board consists of 21 Members (4 full time Members and 17 part time Members), representing seven states of the North Eastern Region, North Eastern Council, concerned Ministries and Departments of the Government of India. Since creation of Ministry of Development of North Eastern Region (DoNER) and inclusion of Sikkim and part of West Bengal within the jurisdiction of Board, some other representatives of various concerned departments or bodies are also invited as Special Invitees in the meetings of the Brahmaputra Board.

Objectives and functions of Brahmaputra Board: The key objectives of Brahmaputra board include preparation and implementation of Master Plans for management of flood, bank erosion and drainage congestion and development and utilization of water resources of the Brahmaputra Valley in association with States. 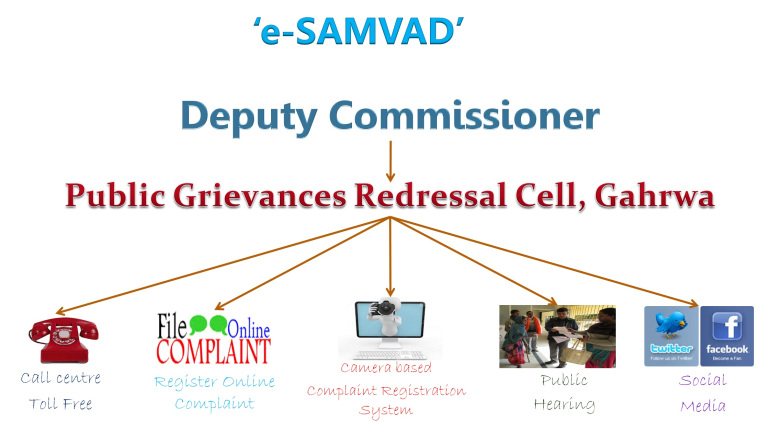 Context: e- Samvad portal has been launched by the Ministry of Women & Child Development.

What is it? It is an online platform for NGOs and Civil Societies to interact with the Ministry of Women & Child Development.

Details: Through e-Samvad portal, NGOs and civil society can provide their feedback, suggestions, put up grievances, share best practices etc. Senior Officers within MWCD will be able to view the inputs/suggestions received for their concerned subject areas and appropriately respond to NGOs. This will help in formulation of effective policies and measures for welfare of women and children. Context: India and Pakistan recently exchanged, through diplomatic channels simultaneously at New Delhi and Islamabad, the list of nuclear installations and facilities under a three-decade old bilateral pact.

This is the twenty seventh consecutive exchange of such a list between the two countries, the first one having taken place on January 1, 1992.

The exchange is done each year on January 1, under the Agreement on the Prohibition of Attack against Nuclear Installations and Facilities, also referred to as the Non-Nuclear Aggression Agreement.

About the Agreement on the Prohibition of Attack against Nuclear Installations:

The agreement, which was signed on December 31, 1988, and entered into force on January 27, 1991, provides that the two countries inform each other of nuclear installations and facilities to be covered under the pact on the first of January of every calendar year.

The need for the agreement had been felt against the backdrop of Israel’s 1981 bombing of Iraq’s Osirak reactor near Baghdad. The strike, carried out by Israeli fighter jets over hostile airspace, had set Iraq’s nuclear weapons programme significantly.

The agreement had also come at a time of deep anxiety for Pakistan. Islamabad had been rattled by the memory of the 1972 defeat which dismembered the country, and military developments in India, such as Operation Brasstacks in 1987, which was a wargame exercise to prepare for deep strike offensive capabilities. Pakistan had at the time responded by putting at its nuclear installations and assets on ‘high alert’.

Topic: This is the twenty seventh consecutive exchange of such a list between the two countries, the first one having taken place on January 1, 1992.

China has developed a new underwater surveillance network to help its submarines get a stronger lock on targets while protecting the nation’s interests along the maritime Silk Road, which includes the Indian Ocean. The project is part of an unprecedented military expansion fuelled by Beijing’s desire to challenge the United States in the world’s oceans.

About the Underwater surveillance network:

What is it? It is an underwater surveillance system that is based on a network of platforms — buoys, surface vessels, satellites and underwater gliders — that gather data from the South China Sea, and the Western Pacific and Indian Oceans.

How it works? The system works by gathering information about the underwater environment, particularly water temperature and salinity, which the navy can then use to more accurately track target vessels as well as improve navigation and positioning. Context: NASA’s Parker Solar Probe is scheduled for launch in 2018 to explore the Sun’s outer atmosphere.

About the Parker solar probe:

What are they? They are the recently identified special genes which could help Symbiodinium adapt more rapidly to heat stress.

What is it? Symbiodinium is a unicellular algae that provides its coral host with photosynthetic products in return for nutrients and shelter.

Coral bleach: High sea temperatures can cause the breakdown of the symbiotic relationship between the algae and corals and lead to the widespread expulsion of Symbiodinium from host tissues, an event known as coral beaching. If bleached corals do not recover, they starve to death, leaving only their white, calcium-carbonate exoskeleton.

What is Coral Bleaching?

Bleaching occurs when abnormal environmental conditions, such as warmer sea temperatures, cause corals to expel tiny photosynthetic algae, draining them of their colour. Corals can recover if the water temperature drops and the algae are able to recolonise them.

Context: The entire Nagaland has been declared as “disturbed area” for six more months, till June- end, under the controversial AFSPA. The decision to continue the declaration of Nagaland as “disturbed area” has been taken as killings, loot and extortion have been going in various parts of the state which necessitated the action for the convenience of the security forces operating there.

AFSPA, enacted in 1958, gives powers to the army and state and central police forces to shoot to kill, search houses and destroy any property that is “likely” to be used by insurgents in areas declared as “disturbed” by the home ministry.

The Act provides army personnel with safeguards against malicious, vindictive and frivolous prosecution. Security forces can “arrest without warrant” a person, who has committed or even “about to commit a cognizable offence” even on “reasonable suspicion”.

What are ‘disturbed’ areas?

The state or central government considers those areas as ‘disturbed’ “by reason of differences or disputes between members of different religious, racial, language or regional groups or castes or communities.

How is a region declared ‘disturbed’?

Section (3) of the Afspa empowers the governor of the state or Union territory to issue an official notification in The Gazette of India, following which the Centre has the authority to send in armed forces for civilian aid. Once declared ‘disturbed’, the region has to maintain status quo for a minimum of three months, according to The Disturbed Areas (Special Courts) Act, 1976.”

Where? The solar plant has been commissioned in Uttar Pradesh.

What? Saudi Arabia and the United Arab Emirates have introduced value-added tax, a first for the Gulf which has long prided itself on its tax-free, cradle-to-grave welfare system.

Details: It is a five per cent tax on most goods and services to boost revenue. The VAT will be applied on food, clothes, electronics and gasoline, phone, water and electricity bills, as well as hotel reservations.