With 19 countries ratifying its framework agreement, the International Solar Alliance (ISA) has become the first treaty-based international government organisation to be based in India. Significance of this event:

This marks the culmination of India’s efforts, which had taken a lead role in setting up the ISA—an alliance of 121 sunshine countries situated between the Tropics of Cancer and Capricorn. ISA also signals that New Delhi would employ it as a foreign policy tool to cement its leadership among developing countries.

The ISA is an Indian initiative, jointly launched by the Prime Minister Narendra Modi and the president of France on 30 November 2015 in Paris, on the sidelines of COP-21, the UN climate conference. It aims at addressing obstacles to deployment at scale of solar energy through better harmonization and aggregation of demand from solar rich countries lying fully or partially between the tropics of Cancer and Capricorn.

The 22nd conference of Asian Harmonization Working Party (AHWP) was recently inaugurated at New Delhi. The conference is being conducted by Central Drugs Standard Control Organization (CDSCO) and National Drug Regulatory Authority (NDRA) of India in collaboration with Ministry of Health & Family Welfare. The key objective of the event is to develop and recommend approaches for the convergence and harmonization of medical device regulations in Asia and beyond and to facilitate the exchange of knowledge and expertise amongst regulators and the industry.

Asian Harmonization Working Party (AHWP) was established in 1999 as a voluntary non-profit organization of the 30 national regulators of member countries and industry members with a goal to promote regulatory harmonization on medical device regulations in Asia and other regions in accordance with the guidance issued by International Medical Device Regulators Forums (IMDRF). The AHWP works in collaboration with related international organizations such as IMDRF, WHO, International Organization for Standardization (ISO), etc. The need for prospective peace keepers to be well trained before deployment in the mission area is a pre requisite for effective peace keeping. Towards this end, the vast experience gained by the Indian Defence Forces would be of great assistance to the Vietnam People’s Army.

What you need to know about UN Peacekeeping?

United Nations Peacekeeping was created in 1948. Its first mission involved the establishment of the UN Truce Supervision Organization (UNTSO), which served to observe and maintain ceasefire during the 1948 Arab-Israeli War.

Topic: e-technology in the aid of farmers.

Context: On the occasion of World Soil Day, Soil Health Card mobile App has been launched by the government to help the farmers. The app will benefit field-level workers as it will automatically capture GIS coordinates while registering sample details at the time of sample collection in the field and indicate the location from where the sample has been collected.

World Soil Day (WSD) is held annually on 5 December as a means to focus attention on the importance of healthy soil and advocating for the sustainable management of soil resources.

Soil facts- and why is soil important?

About the Soil Health Card Scheme:

The card lists soil health indicators that can be assessed without the aid of technical or laboratory equipment. The card, which will carry crop-wise recommendation of fertilisers required for farm lands, will help farmers identify health of soil and judiciously use soil nutrients. The appointment of IRSDC, a joint-venture between Ircon International Ltd and Rail Land Development Authority (RLDA), took place following recommendations from a three-member committee of experts, which had submitted its report in November.

The report recommended IRSDC’s appointment as a nodal agency to ensure a speedy redevelopment process because the firm has shown notable performance in handling its model projects in places such as Gandhinagar and Surat.

Indian Railway Stations Development Corporation Limited (IRSDC) is a Joint Venture company of Ircon International Limited (IRCON) (A Govt. of India Undertaking, under Ministry of Railways) and Rail Land Development Authority (RLDA), a statutory authority under the Ministry of Railways. The core purpose of IRSDC as envisioned is to build world class railway stations that apply state of the art sustainable technologies in delivering delight to the users.

Supersonic surface-to-air missile- Akash with indigenous radio frequency seeker was recently test fired from a test range in Odisha. With the successful test firing, India has achieved the capability of making any type of surface to air missile. 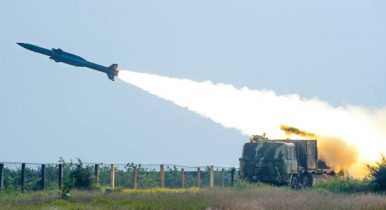 What you need to know about the Missile? Significance of this breakthrough:

Standard lithium batteries require charging time of at least an hour to fully charge, even with quick charging technology, so numerous attempts to explore new innovative materials have been started.

Among the materials looked at, graphene, a material with high strength and conductivity, has widely become the primary source of interest. In theory, a battery based on the “graphene ball” material requires only 12 minutes to fully charge.

Graphene has been touted in the global electronics industry as a “miracle material” given its strength, electrical conductivity and elasticity, and has been seen as an alternative to lithium-ion batteries since its discovery in 2004. It is a form of carbon that can be used to develop smaller, slimmer batteries but with higher capacity.