The Union government recently told the Supreme Court that political parties must not be brought under RTI or Right to Information Act as they are not public authorities.

The Central Information Commission (CIC) in June 2013 deemed national parties to be ‘public authorities’ under the RTI Act, to whom the provisions of the Act would now apply.

Paper- 2 Topic: Development processes and the development industry the role of NGOs, SHGs, various groups and associations, donors, charities, institutional and other stakeholders.

Tata Trusts and the Andhra Pradesh State government have entered into a Memorandum of Understanding (MoU) to work towards community empowerment and improve the overall quality of living through an integrated multi-thematic approach.

Details of the Programme:

The International Tribunal for the Law of the Sea (ITLOS) has put a status quo in the Italian marines case and has asked both India and Italy to suspend all court proceedings and refrain from initiating new ones that might aggravate or extend the dispute that triggered a diplomatic row.

The Union government, which had included funding for urban buses under the Jawaharlal Nehru National Urban Renewal Mission (JNNURM) to improve urban mobility, has taken strong exception to the inordinate delay by State governments in procuring buses and furnishing periodical compliance reports.

Jawaharlal Nehru National Urban Renewal Mission (JnNURM) is a massive city-modernisation scheme launched by the Government of India under Ministry of Urban Development in 2005.

IS blows up Palmyra temple

Jihadists with the Islamic State group have blown up a famous temple at Syria’s ruins of Palmyra confirming fears they would destroy more world-class heritage sites.

A UNESCO World Heritage Site is a place that is listed by the United Nations Educational, Scientific and Cultural Organization (UNESCO) as of special cultural or physical significance.

Paper- 3 Topic: Security challenges and their management in border areas;

Union Minister of State for Home Haribhai Parthibhai Chaudhary has stated that the Centre has been adopting a five-pronged strategy to contain left wing extremism (LWE) in the country to a large extent in the next two-three years.

There are also plans to set up 2,100 BSNL towers to provide mobile phone network. The cell towers would be constructed in CRPF camps, which would also have ATMs.

Naxalism is the biggest threat because it affects several areas including the economy, security and foreign affairs, its citizens and rule of law.

The Union Minister of State for Home Affairs recently said that India will implement the Sendai framework for Disaster Risk Reduction in letter and spirit.

The Four Priorities for Action under the Framework: 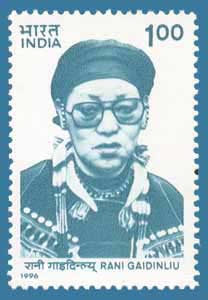