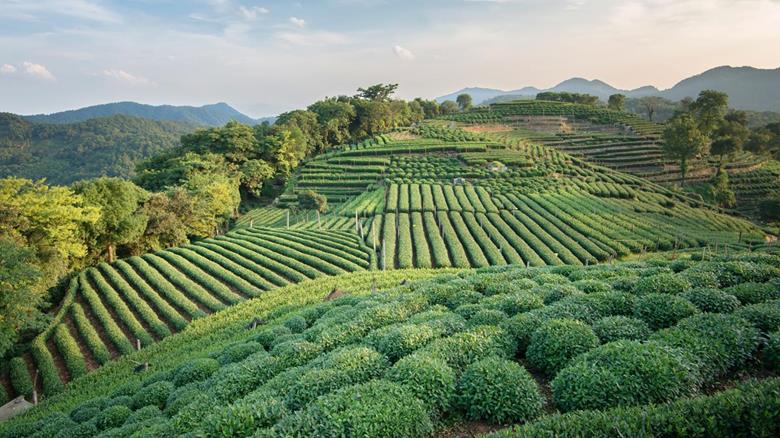 As we all know current state of agriculture in India is result of green revolution which is in place since late 1960’s, which was heavily backed by government. It has delivered India food security and sufficiency which was critical at that time. This progress and security had its own costs in terms of environment and economic viability. Green revolution rampantly used fertilizers and other chemicals, which made food and water, toxic to some extent. It supported indiscriminate use of water as rice was main target of revolution. India’s 80% of fresh water is consumed by agriculture, more particularly by rice farming.

Further, in past GR constantly increased yields per hectare of various food crops. Originally yield per hectare for rice was merely 1 ton and now it stands over 3 tons. In case of wheat it’s around 2.4 tons. This increase was incremental over all these years, as more and more cultivated area kept coming under irrigation, high yield varieties and fertilizers. But in recent past, these measures are showing fatigue and yield growths are flattening up. We have seen in last articles that increasing costs of fertilizers are pushing agro costs upwards and turning food unaffordable for masses. Also, due to indiscriminate use of fertilizers, nutrients in the soil are depleting rapidly.

In short, it is being realized that original means adopted by green revolution are to some extent exhausted. As yields on Indian lands are still far below world average, our policy makers will have to look somewhere else, to bring it at par with world average. Current state of agriculture is not sustainable at all. Consequently, new agriculture policy of India aims at sustainable agriculture, which is popularly called ‘second green revolution’ or ‘Evergreen Revolution’.

Almost every current policy can be covered under category of second green revolution. It aims at information technology revolution, bio technology revolution, R&D and targeting of specific crops etc. Information Technology will create awareness in farmers, introduce them with more cost efficient technologies and enable them to choose among different alternatives. It is, in fact a support service like customer care, where information deficit on part of farmer will be addressed. We tried to cover this at length in previous article.

Bio technology revolution aims at improving genetic traits of crops, by making them draught, pest, weed, climate resistant. This is to be done by genetically engineered crops, by continuously improving them. However use of GMO crops and its benefits are controversial and this issue was also covered in previous article. Another aspect of bio tech revolution is use of bio pesticides and bio fertilizers. This is actually part of bigger strategy targeted towards organic farming.

Organic farming system in India is not new and is being followed from ancient time. It is a method of farming which is primarily aimed at cultivating the land and raising crops in such a way, as to keep the soil alive and in good health by use of organic wastes (crop, animal and farm wastes, aquatic wastes) and other biological materials along with beneficial microbes (bio fertilizers) to release nutrients to crops for increased sustainable production in an ecofriendly pollution free environment. 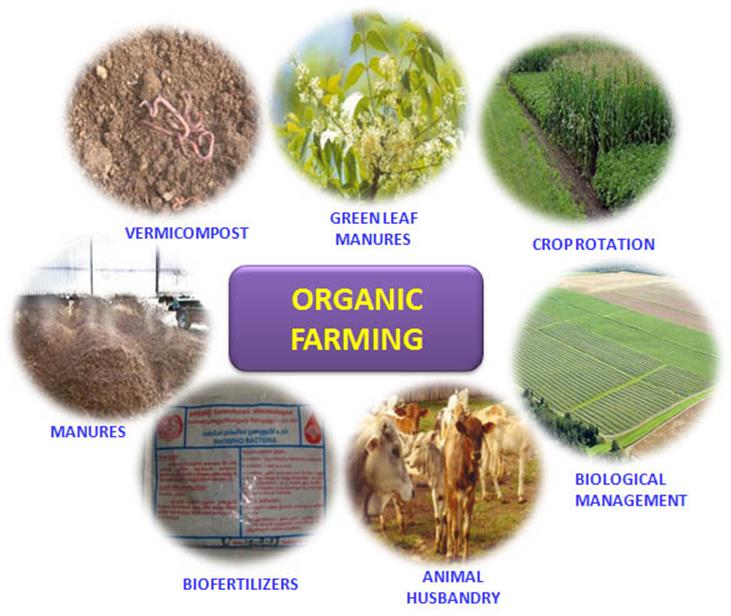 It is worth mentioning that, north eastern India has highest potential for organic farming. It has distinct agro- climatic zone and its soil is immensely rich in organic matter. Further, it was aloof of any green revolution and consequently farmers there still use traditional methods. All this obviously is perfect opportunity for promoting organic farming rigorously in the north east. There is ‘Horticulture Mission for North East and Himalayan States’ under which financial assistance is provided for adopting organic farming and setting up of vermin compost unit. Note that scheme is also available in other Himalayan states.

Also, there is ‘Indo Israel Agricultural cooperation action plan’ in which Israel shares its expertise (mainly in organic farming & related technologies) with India. This cooperation includes structured interactions between governments, experts and most important – farmers. This comprises of bilateral sharing of knowledge and technologies, establishment of Centers of Excellence in various agriculture sectors across India, exchange visits of experts and farmers and Post-doctoral scholarships for Indian agriculture researchers in Israel.

Two Centers of Excellence have already been made fully operational – one for vegetables in Gharaunda (Karnal) and the other for fruits in Mangiana (Sirsa) — in Haryana while work is in progress to establish three such centers in Maharashtra- a citrus centre in Nagpur, a pomegranate centre in Rahuri and a Kaisar mango centre in Aurangabad.

It is a Centrally Sponsored Scheme for the holistic growth of the horticulture sector covering fruits, vegetables, root & tuber crops, mushrooms, spices, flowers, aromatic plants, coconut, cashew, cocoa and bamboo. Scheme took off in 2014. While Government of India (GOI) contributes 85% of total outlay for developmental programs in all the states except the states in North East and Himalayas, 15% share is contributed by State Governments. In the case of North Eastern States and Himalayan States, GOI contribution is 100%. National Horticulture and Bamboo mission are integrated under this mission. These both come under National Horticulture Board.

National Horticulture Mission, a centrally sponsored scheme is in place since 2005-06. The objective of this scheme is to provide holistic growth of horticulture sector in India and to enhance horticulture production.

Mission envisages promoting holistic growth of bamboo sector by adopting area based, regionally differentiated strategy and to increase the area under bamboo cultivation and marketing. Steps have been taken to increase availability of quality planting material by supporting setting up of new nurseries and strengthening of existing ones. It addresses forward integration by taking steps toward marketing of bamboo products, particularly of handicraft items. Here also biggest potential lies in north eastern India.

Introduced in 2007 as a new ‘Additional Central Assistance scheme’ to incentivize States to draw up plans for their agriculture sector more comprehensively, taking agro-climatic conditions, natural resource issues and technology into account, and integrating livestock, poultry and fisheries more fully. This involves new schemes for Additional Central Assistance to State Plans, administered by the Union Ministry of Agriculture over and above its existing Centrally Sponsored schemes, to supplement the State-specific strategies including special schemes for beneficiaries of land reforms. There are no. of sub schemes under RKVY, some of them are–

It seeks to transform Indian agriculture into a climate resilient production system in the domain of crops and animal husbandry. These interventions would be embedded in research and development activities, absorption of improved technology and best practices, creation of physical and financial infrastructure and institutional framework, facilitating access to information and promoting capacity building.

The Mission would also expand its coverage to rainfed areas for integrating farming systems with management of livestock and fisheries, so that agricultural production continues to grow in a sustainable manner. Under integrated farming system, agriculture, horticulture or animal husbandry is integrated, to develop a system which derives synergies from each other. An example, Poultry waste can be fed to fishes hence saving costs and it can also be used as effective manure for horticulture.

(Note that in 12th FYP, it includes coarse cereals and commercial crops too.)

The term IPM refers to – “the careful consideration of all available pest control techniques and subsequent integration of appropriate measures that discourage the development of pest populations and keep pesticides and other interventions to levels that are economically justified and reduce or minimize risks to human health and the environment. IPM emphasizes the growth of a healthy crop with the least possible disruption to agro-ecosystems and encourages natural pest control mechanisms”

Scheme with such name is in place since 1985. Read more here

Different components (i.e. pulses, oil palm etc.) of scheme are in force in different states as per dominant cropping pattern of the state. For e.g. for oil palm it is applicable in 9 major oil palm producing states. It aims to promote crop diversification and provides focused approach by giving financial assistance in purchase of various agriculture inputs such as seeds, agro chemicals, technology, expertise, infra etc.

Subsidy is funded by Central and state government in 75:25 ratio.

The Govt. of India launched Technology Mission on Cotton in February 2000. The objective of TMC was as under:

Given the problems of chemical based agriculture, second green revolution is quite important that prefers organic farming. It is true that heavy current dependence upon chemicals and water intensive techniques, gives little room for any remarkable change in near future. But as time passes, conventional means will get even more expensive and this coupled with growing concern for water security will force farmers to adopt sustainable methods. Of late farmers are showing their interest in organic farming. Its advantages are many – environment friendly, nontoxic, its value is significantly higher than normal crops. Interestingly, this sector is attracting investments from non-farmers too. Further, R&D is focusing on developing water efficient technologies. One such technology developed is ‘system of rice intensification‘ which not only saves water significantly, but also increases yield of rice.