The Karnataka, Andhra Pradesh and Maharashtra police, in a joint operation, recently busted a sleeper cell and picked up three terror suspects.

What is Sleeper Cell?

The events of September 11, 2001 highlight the dangers of a sleeper cell.

The Supreme Court has issued notices to the Centre and all the States on a petition by the Supreme Court Bar Clerks Association seeking enactment of a law to provide social security benefits to them.

What are the problems faced by the Clerks?

Hence, there is an urgent need for implementation of social security measures by enacting a legislation to meet the demands of advocates’ clerks.

Article 21 and the issue:

The SC said the Centre and the States were jointly and severally liable to implement the right to social security guaranteed to the advocates’ clerks under Article 21 of the Constitution by enacting legislation.

IMAC is the nodal centre of the National Command Control Communications and Intelligence Network (NC3I Network), and is a joint initiative of Indian Navy, Coast Guard and Bharat Electronics Ltd to improve coastal surveillance.

Why is it set up?

It is set up to provide coastal security and to avert tragic incidents like the 26/11 terror attack on Mumbai.

How is it Helpful?

It will be manned by the Navy and function under the National Security Adviser (NSA).

IIT-Madras has been accepted as a full member of the Compact Muon Solenoid (CMS) experiment collaboration and is looking forward to make best use of the opportunity.

The Large Hadron Collider (LHC) is the world’s largest and most powerful particle accelerator.

Aim: to allow physicists to test the predictions of different theories of particle physics and high-energy physics, and particularly prove or disprove the existence of the theorized Higgs boson and of the large family of new particles predicted by supersymmetric theories.

The LHC consists of a 27-kilometre ring of superconducting magnets with a number of accelerating structures to boost the energy of the particles along the way. 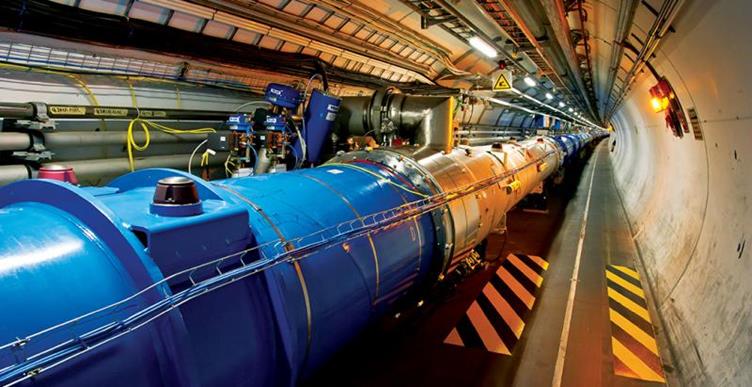