A nesting site of the extremely rare white-bellied heron has been discovered in a remote part of the Namdapha Tiger Reserve in Arunachal Pradesh. It is estimated that there are only 250 white-bellied herons left in the world and only about 50 left in India.

This is the first nesting site of the white- bellied heron to be discovered in India. Before the discovery of this site, Bhutan was (thought to be) the only country in the world to have a breeding population of the white-bellied heron.

With roughly 250 White-Bellied Herons (Ardea Insignis) in the world today, herons are among the 50 rarest bird species on earth. Herons mostly dwell in Southeast Asian countries and presumably Bhutan shelters a little over 30 herons in the nation.

It is a critically endangered species under the International Union for Conservation of Nature (IUCN). It is an “extremely shy” bird which feeds on fish in clear fast flowing rivers.

The main threats are presumed to be widespread loss, degradation and disturbance of forest and wetlands. Wetlands have become degraded as a result of pollution, rapid growth of aquatic vegetation, and the over-exploitation of resources. Increasing disturbance and habitat degradation from settlement, conversion to agriculture, harvesting of wetland resources and, more locally, poaching are thought to present significant threats in key protected areas. 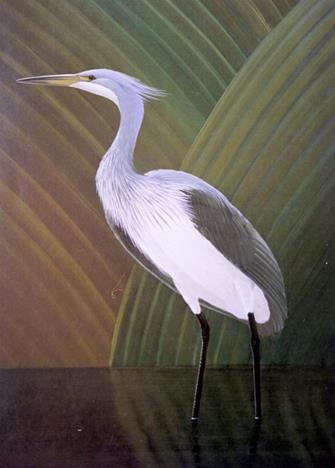 Attacks on birds and their eggs by predators have also been a major cause in their reduction. The pressure on the birds has further risen with the lack of scientific approach and scanty awareness among the local communities. Heron habitat could also be defragmented with pro developmental activities such as, hydropower generation and road creation.

In a major gain for India, the G20 summit endorsed the need for transparency and disclosure by countries of tax information as Prime Minister of India voiced support to the new global standard on automatic exchange to tackle the black money issue.

The new standard would be instrumental in getting information relating to unaccounted money hoarded abroad and enable its eventual repatriation, utilising the forum of G20, which accounts for 85 per cent of world’s GDP.

Unofficial estimates of India’s illegal money stashed abroad range from $25 billion to over $4 trillion. Increased mobility of capital and technology has created new opportunities for avoiding tax and profit sharing.

It is believed that Base Erosion and Profit Sharing (BEPS) system would fully address concerns of developing and developed economies.

The Group of Twenty is an international forum for the governments and central bank governors from 20 major economies. The members include 19 individual countries and the European Union (EU). The EU is represented by the European Commission and by the European Central Bank.

Collectively, the G-20 economies account for around 85% of the gross world product (GWP), 80% of world trade, and two-thirds of the world population. The G20 started in 1999 as a meeting of Finance Ministers and Central Bank Governors in the aftermath of the Asian financial crisis.

G20 leaders meet annually. In addition, Finance Ministers and Central Bank Governors meet regularly during the year to discuss ways to strengthen the global economy, reform international financial institutions, improve financial regulation and implement the key economic reforms that are needed in each member economy. Underpinning these meetings is a year-long program of meetings among senior officials and of working groups coordinating policy on specific issues.

The BEPS is a technical term referring to the effect of tax avoidance strategies used by multinational companies on countries’ tax basis. It is known more commonly as “Transfer pricing”. This term was used in a project headed by the OECD that is said to be an attempt by the world’s major economies to try to rewrite the rules on corporate taxation to address the widespread perception that the corporations do not pay their fair share of taxes.

BEPS relates chiefly to instances where the interaction of different tax rules leads to double non-taxation or less than single taxation. It also relates to arrangements that achieve no or low taxation by shifting profits away from the jurisdictions where the activities creating those profits take place. No or low taxation is not per se a cause of concern, but it becomes so when it is associated with practices that artificially segregate taxable income from the activities that generate it. In other words, what creates tax policy concerns is that, due to gaps in the interaction of different tax systems, and in some cases because of the application of bilateral tax treaties, income from cross-border activities may go untaxed anywhere, or be only unduly lowly taxed.

With the sensitive post of CBI Director falling vacant next month, the continuing absence of a Leader of the Opposition in the Lok Sabha leaves a vacuum in the appointment process, creating a sense of urgency for action and triggering debates.

Under the amended Section 4 A of the Delhi Special Police Establishment Act, the CBI Director is appointed by the Centre on the recommendations of a high-profile committee led by the Prime Minister and comprising as members the Leader of the Opposition (LoP) in the Lok Sabha and the Chief Justice of India or a Supreme Court judge nominated by him. But, presently there is no Leader of the Opposition in Lok Sabha.

Unlike the DSPE Act, the Central Vigilance Commission Act, 2003 does provide an “alternative” to a recognised LoP. According to the act, the President appoints the CVC and Vigilance Commissioners on the recommendation of a Committee with the PM as chairperson and the Minister of Home Affairs and the LoP as members.

In December, the amended provisions of the DSPE Act would come into effect for the first time while selecting the CBI Director. Only those officers empanelled as Director-General with prior work experience in the CBI or anti-corruption bureau can be shortlisted.

About Leader of the Opposition:

The Leader of the Opposition is the politician who leads the official opposition in the House.

Leader of the Opposition received statutory recognition through the Salary and Allowances of Leaders of Opposition in Parliament Act, 1977 which defines the term “Leader of the Opposition” as that member of the Lok Sabha or the Rajya Sabha who, for the time being, is the Leader of that House of the Party in Opposition to the Government having the greatest numerical strength and recognized, as such, by the Chairman of the Rajya Sabha or the Speaker of the Lok Sabha. However, in order to get formal recognition, the concerned party must have at least 10% of the total strength of the House (55 seats in the Lok Sabha). If any party fails to get 10% seats in opposition, the House will not have recognized leader of the opposition. A single party has to meet the 10% seat criteria, not an alliance.