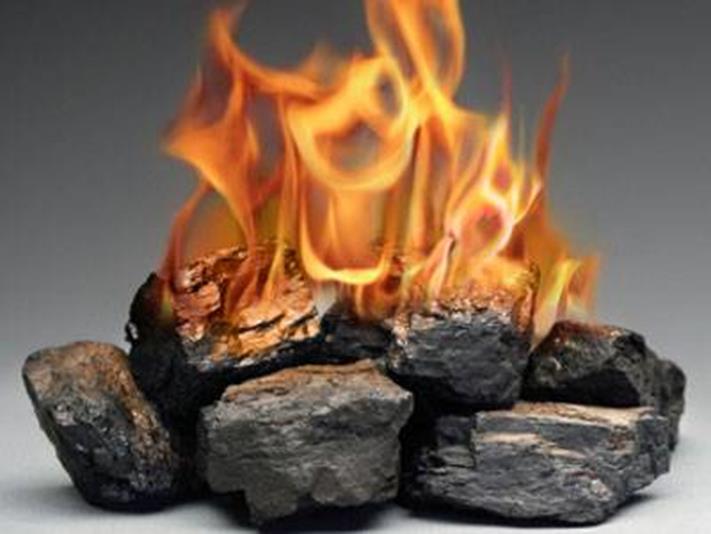 Energy security in India revolves around coal sector, which has dominant use in three core sectors i.e. power, steel, cement. Coal Industry itself too is part of core sector. Apart from this there is inconsistent demand from small scale industry involved in brick manufacturing or ceramics. There is increased impetus on moving away from coal based technologies to cleaner and efficient technologies, but still demand of coal will continue to rise almost in proportion to industrial growth in India. This is because base infrastructure in all core sectors is designed for coal consumption and still India’s supply of power and steel doesn’t match the demand. Even new capacity additions in these sector using clean energies will fall short of incremental demand and again usage of coal in capacity addition will be indispensable. India is well placed to fulfil this demand given there is adequate transparent government policy and reforms in state monopolized sector. 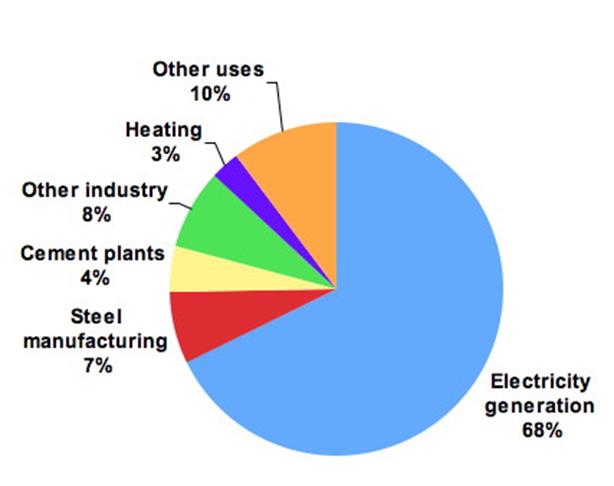 India has 4th largest reserves of coal and holds about 286 billion of world’s some 850 billion of proven reserves. Indian coal is classified in 2 categories i.e. coking coal and non-coking coal. This is a usage based classification, as coking coal is essential for Iron and steel industry.

More, streamlined classification is on basis of carbon content and stage of formation. Coal is formed by fossils of plants, trees, bushes etc. which got deposited in shallow basins millions of year ago. Later decomposition by bacteria converts it into peat, which is generally unviable to mine. After this bio- chemical action ceases and geo chemical action becomes dominant. It results in gradual development of Lignite, Bituminous and Anthracite coal. Peat is Impure, has very low carbon content (in turn calorific value) of about 40%. Lignite, bituminous, anthracite coal has carbon content of 40-60%, 60-80% and 80-90% respectively. Remaining matter in the coal is called volatile material such as moisture, ash content and sulfur content. These are gradually removed by metamorphic process i.e. pressure and heat.

Bituminous coal has special significance because it contains Bitumen which on heating in absence of oxygen is converted into coking coal. This removes volatile material in the coal and is further heated to get Coke, which is used in blast furnaces to extract iron from iron ore.

This type of Coking coal is what India lacks, as 88 % of reserves are of Non Coking type and rest 12 % have high Ash content. Indian Coking Coal is cheap and of poor quality and imported Coking coal is expensive and good quality. Steel industry blends both to secure a moderate cost and quality.

(Coking coal is used to make Pig iron through blast furnace. Other type of iron ‘sponge iron’ doesn’t need coking coal instead natural gas is used. India is largest manufacturer of sponge iron in the world. But most of the big corporates in India are dominantly involved in manufacturing of Pig iron) 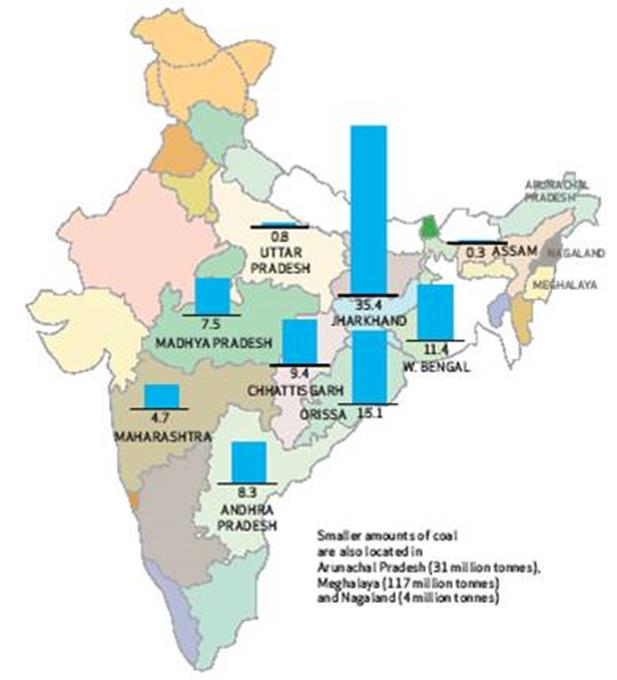 India’s coal sector is in almost wholly in hands of Coal India Ltd. (CIL, central government PSU).It produces about 80 % of national production. In nationalization drive of 1970’s coal mining of India was nationalized by passage of ‘Coal Mines Nationalization Act, 1973’ and CIL was formed. Only a few captive mines with Tata Steels, Steel Authority of India and Damodar Valley Corporation were made exception. Latter, this privilege was extended to power (1993), cement and coal to liquid sector(2006), in addition to iron and steel(1976). For allotment of mines ‘screening committee’ was formed in 1993 which had representatives from Coal ministry, states and CIL to consider the applications and allocate mines to applicants.

Commercial Mining – Mine holder is allowed to sell coal in open market.

Captive mining – Miner will have to use coal in his own industry and can’t sell in open market.

Since 1993 218 mines holding about 16.6% of India’s reserves were allocated were allotted, these were in 3 categories –

Having said this, production from these reserves has been dismal mainly due to following:

This resulted in situation where India has to import coal to the tune of 171 million tons. In comparison Coal India produced 462 million tons of coal. Some Indian companies and also CIL have acquired coalmines overseas to ensure continuous supply. 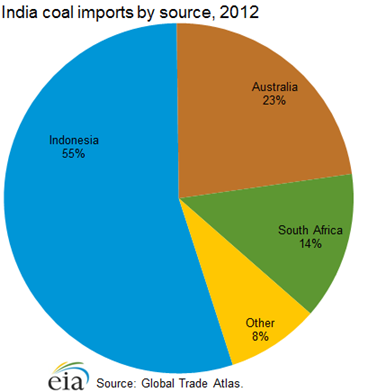 In 2012 CAG came out with its report in which issue of non-transparency was raised. At that time it said that 44 billion tons of coal reserves were allocated to private players whose value is approx. 1.86 lakh crores. Since then there were series of PILs in Supreme Court pleading to cancel allocations.

Off late, Supreme Court cancelled allocations since 1993 on the ground of illegality only sparing few allocations (one of SAIL and three of UMPPs).

Grounds for this action was –

Coal Nationalization Act, 1973 as amended now stands as – Allocation of blocks can only be made to central government PSU’s (not to state government) for commercial mining or for captive use of mines for sectors specified by amendments I.e. Iron and Steel, cement, Power and Coal to liquid sector.

Why allotments were cancelled for Captive blocks held by private players and PSUs?

Allocation process was arbitrary, discretionary and non-transparent. There was no consideration of Merit, no Price discovery mechanism for national resources (Auction is price discovery mechanism). Further, no ‘minutes of meeting’ were available of screening committee meetings to verify what procedure was adopted by them (every government related meeting needs to prepare Minutes of meeting, which contain discussions, viewpoints, points of disagreements and consensus etc, for transparency and future reference).To some allocates , blocks were allotted having reserves more than their project needs. Screening Committee relied on data supplied by applicants in arriving at decision.

Law for allocation of natural resources, as upheld by Supreme Court holds that allocation can’t be done in ‘arbitrary manner’. By this same reasoning Spectrum allocation Licenses were cancelled.

Why allotments to State PSU’s were cancelled?

As we have seen that, state PSUs got blocks with no end use restriction. It means they can engage in Commercial Mining i.e. selling coal in open market. But Coal nationalization Law clearly states that commercial mining can be done only centrally owned PSUs. So they were cancelled.

Apart from this some allocations were made to joint ventures of private and public, Joint allocation of Coal Mines to consortium of companies – these were also cancelled.

UMPPs were allowed to transfer coals from or to other project, but Supreme Court held that law disallows this too.

New government has given approval to an ordinance, empowering government to take back mines and reallocating it.

But why an ordinance? – Because this all is being done under sanction Coal Mining Nationalization Act and anything covered by this law can’t be done by an executive order. Amendment is must for legality.

Dominant view is that Commercial mining can be privatized , but for this there should be a strong regulator. UPA government came with ordinance for ‘Coal regulatory authority of India’ for this sector but it never came reality. A similar bill is expected in next session of Lok Sabha.

Others are general issues of mining –

Consent of Gram Sabha should be mandatory before commencement of mining and Some proceeds of mining revenue should go to ‘Districts Mineral Foundation’ for benefit of affected persons and their families.

Currently Coal India and other coal suppliers issue ‘letter of assurances’ to their buyers in power sector mainly NTPC, these are on the basis of ‘Milestones’ to be achieved by power producers( milestone of good conduct as buyer). After achievement of this milestone ‘Fuel Supply Agreement’ is signed between supplier and buyer. Dominantly these supplier and buyers are only government entities; even then there is cumbersome process and mutual hostilities, mainly between Coal India and National Thermal Power Corporation.

In 1993, government created 3 separate ministries (which should be logically 1) I.e. of coal, power and renewable energy respectively. Coal minister and Power ministers held Cabinet Rank. This resulted in awkward situation in which two ministries used to work in opposite direction and which disrupted the speed of clearances, flow of information etc. There were many instances like nonpayment at time by NTPC to CIL due to allegations of low quality supplies kept surfacing. But now as Ministry of Power and coal is headed by one minister, that too minister of state, so much speedy disposal of issues are expected.

It is natural gas which is found in coal seams in absorbed form. It is similar to natural gas found in in oil & natural gas blocks (both are CH4). It is clean pipeline gas and can be used almost without any processing.

Why it is important to extract CBM?

Coal Bed Methane Policy is in place from 1997. 4 rounds of auctions have taken place allocating 33 gas blocks. Commercial production has started in some blocks.

Director General of Hydrocarbons, Coal India Ltd and Ministry of Oil and Petroleum cooperate for CBM policy. For its extraction well is dug through which water in the coal seam is taken out. It results in reabsorption of methane in pores and through same well CBM is taken out.

Carbon Sequestering – This is technique for ‘enhanced coal bed methane recovery’. Here CO2 will be pumped in to coal seam. Coal has better absorption capacity of CO2 and it will result in more desorption of CBM.

This gives Methane, Hydrogen, Carbon monoxide by combination of Coal, Water and oxygen. These products can be used for power generation and industrial processes. Oxygen and water is pumped in seam which decomposes coal in above products and these are extracted through a well.

Same way, under liquefaction coal under heat and pressure is converted in high value petrochemical. However this is expensive process and only viable if prices of oil is high.

Government has made projects of underground coal gasification and liquefaction eligible to be treated as captive for allocation of coal mines. 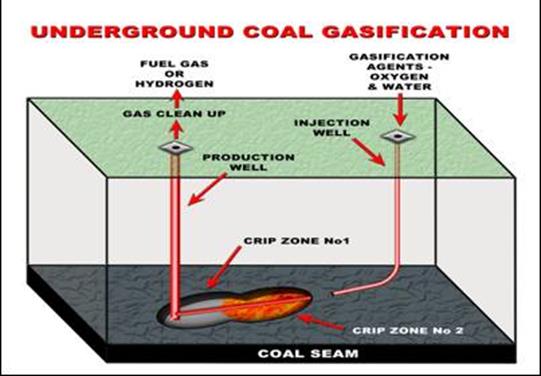