Kudumbashree Mission’s Micro-Level Planning (MLP) programme, a planning process at the grassroots level, will be extended to Scheduled Tribes (ST) colonies across the state of Kerala.

In an interpretation made by the High court of Karnataka on Governors’ powers on suspending a PSC chairman or members, the court said that Governors will get the power to suspend the chairman or members of a the State Public Service Commission (PSC) soon after making recommendations to the President for their removal, by making reference to the Supreme Court.

Justice B.V. Nagarathna delivered the verdict while dismissing the petition of Mangala Shridhar, suspended member of the Karnataka Public Service Commission. She had contended that the Governor would get the power to suspend a chairman or members of the PSC only after the President makes a reference to the Supreme Court for their removal from the post as per Article 317 (2) of the Constitution.

Article 317 (2) states that the Governor can suspend a chairman or any member of the PSC “in respect of whom a reference ‘has been made’ to the Supreme Court under clause (1) until the President has passed orders on receipt of the report of the Supreme Court on such reference”.

The court said “the expression ‘has been made’ cannot be interpreted to mean a past event but has a connotation of a continuous circumstance or contemporaneity, the starting point of which is when the Governor makes a request to the President to make a reference to the Supreme Court for the removal of a chairman or a member of the PSC.”

In circumstances such as arrest of a chairman or member of a PSC or malpractices committed during the process of selection of public servants, the court said, may call for an immediate suspension, and any lapse of time in suspending the chairman or members of the PSC in such a situation and by allowing them to continue in the post, could be detrimental to the PSC.

India’s Mars Orbiter has made it to the top

The Mars Orbiter Mission (MOM) has put itself into orbit around the Mars.

A history has been created by ISRO. For the first time a space agency has put a spacecraft around Mars on its first attempt (NASA took two attempts to get so far; the Soviet Union, three).

This ISRO has proven its ability to plan and execute long term missions.

The MOM, India’s first interplanetary mission, was launched by Polar Satellite Launch Vehicle (PSLV). The Mission is primarily technological mission considering the critical mission operations and stringent requirements on propulsion and other bus systems of spacecraft.

One of the main objectives of the first Indian mission to Mars is to develop the technologies required for design, planning, management and operations of an interplanetary mission.

The major objectives of the mission: 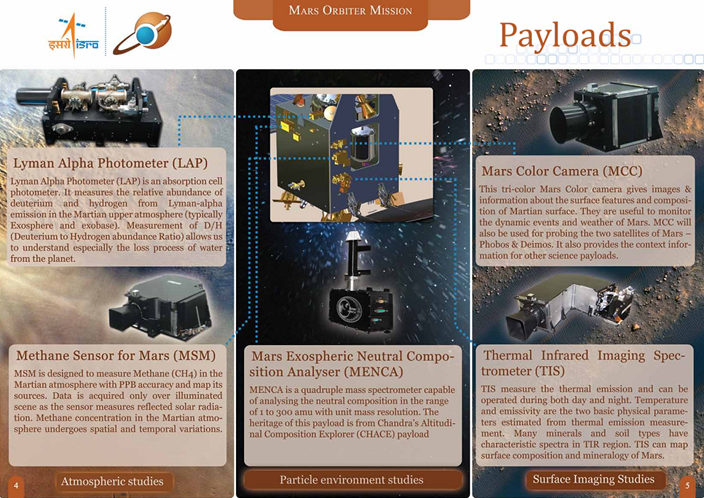 It is the first operational launch vehicle of ISRO. PSLV is capable of launching 1600 kg satellites in 620 km sun-synchronous polar orbit and 1050 kg satellite in geo-synchronous transfer orbit.

PSLV has four stages using solid and liquid propulsion systems alternately. The first stage is one of the largest solid propellant boosters in the world and carries 139 tonnes of propellant.

There had been 26 continuously successful flights of PSLV.

World Food Programme (WFP), the U.N. aid agency finds itself simultaneously responding to half a dozen major crises in addition to helping the largest number of refugees in the world since the Second World War.

There are currently four top-level humanitarian crises (Iraq, Syria, the Central African Republic and South Sudan) as well as hundreds of thousands of people caught up in the deadly Ebola outbreak in West Africa, and more than 50 million refugees, asylum seekers and internally displaced people scattered around the world.

WFP has been forced to cut some rations and distributions Because of funding shortages and increasing demands from the four crisis countries, refugees, and countries hit hardest by Ebola.

The World Food Programme (WFP) is the food assistance branch of the United Nations and the world’s largest humanitarian organization addressing hunger and promoting food security. The WFP strives to eradicate hunger and malnutrition, with the ultimate goal in mind of eliminating the need for food aid itself.

It is a member of the United Nations Development Group and part of its Executive Committee.

Born in 1961, WFP pursues a vision of the world in which every man, woman and child has access at all times to the food needed for an active and healthy life.

The WFP is governed by an Executive Board which consists of representatives from 36 member states.

The objectives that the WFP hopes to achieve are to

The WFP operations are funded by voluntary donations from world governments, corporations and private donors.