On July 16th Prime Minister’s Office announced that it has formed a committee to study how private investment can be attracted to improve infrastructure in the  inland waterways, which are emerging as cost effective transport routes along some of the important industrial corridors.

India is trying to improve their share in national transport.

“In several countries, IWT accounts for a substantial share as a percentage of the total: 32 per cent in Bangladesh, 20 in Germany, 14 in the U.S. and 9 in China. In China, much of the increase has occurred in recent decades, in tandem with its phenomenal industrial-agricultural growth. By contrast, in India only 0.15 per cent of domestic surface transport is accounted for by IWT, compared with 68 per cent for road and 30 per cent for rail.” – (The Hindu)

If you search web for maps of our inland waterways, hardly you will get any thing. Below are the maps of 5 declared national highways and brief information about them.

(i) National Waterway-1: Allahabad-Haldia stretch of the Ganga-Bhagirathi-Hooghly river (1620 Km) declared as NW in 1986 in the states of Uttar Pradesh, Bihar, Jharkhand and West Bengal. 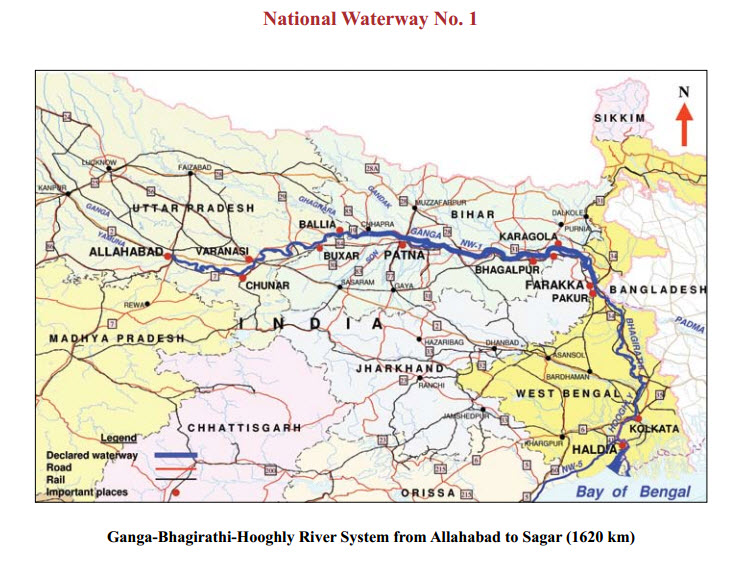 (ii) National Waterway-2: Sadiya-Dhubri stretch of the Brahmaputra river (891 Km) declared as NationalWaterway in 1988 in the state of Assam. 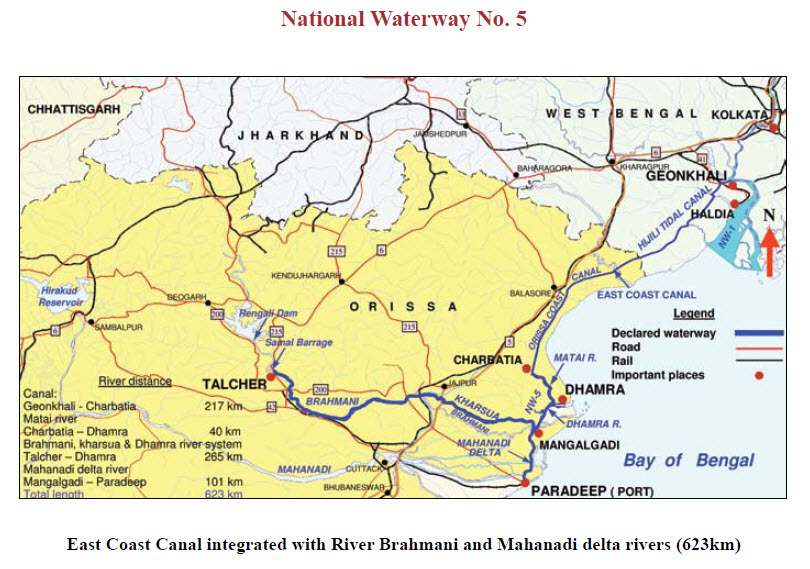